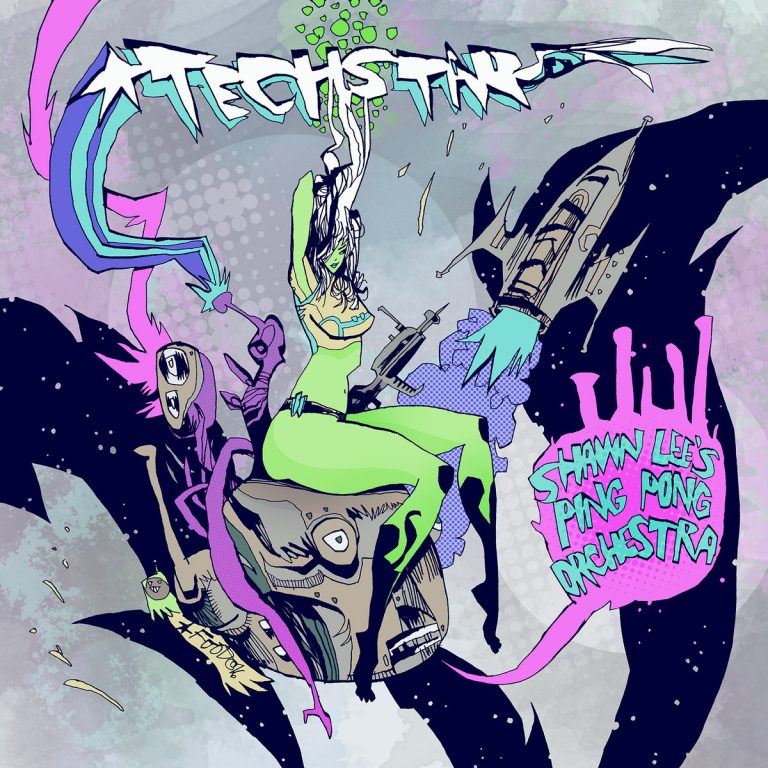 One of the first things that I do in the morning after waking up is listening to something that I’ve never heard before in hopes of it inspiring something new and creative for my work day.  Some days it works, others not so much, but as I lift my head off of the pillow here in an Amsterdam hotel, check emails and social media outlets, something interesting scrolls down my timeline, a new release from one of my favorite musicians out there, Shawn Lee who is set to release his new project, Techstar.  Without a doubt, this has got to be good and you know what? It damn sure is!  It’s got all of the elements that I love but that’s a no brainer because the man is a genius of sorts and his resume speaks for itself.

“Shawn Lee is one of the most prolific musicians of his generation. A multi-instrumentalist, producer, singer songwriter, composer and Radio DJ, he has released 35 albums as an artist to date. He has played, produced and written on hundreds of records. He has worked with a diverse range of artists including Jeff Buckley, Kelis, Saint Etienne, Money Mark, Amy Winehouse, Jonathan Jeremiah, Darondo, Adrian Younge, Tony Joe White, Robbie Williams, Incognito and Princess Superstar to name just a few.

Lee’s music has been used extensively in both film & TV – including Monuments Men, House of cards, Orange is the New Black, and many other notable placements.

After a 5 year hiatus, Shawn makes a welcomed return to his Ping Pong Orchestra moniker with the Spacey concept album “TECHSTAR.”

This imaginary soundtrack album is filled with Cosmic Funk, Boogie, disco and Library/OST vibrations; both highly electronic but also heavily organic. Based around the characters & happenings on a space station, called Techstar is an interstellar Las Vegas in space!

Mr. Lee blasts off into the outer regions on his latest Sci-Fi opus. Space is the place…”