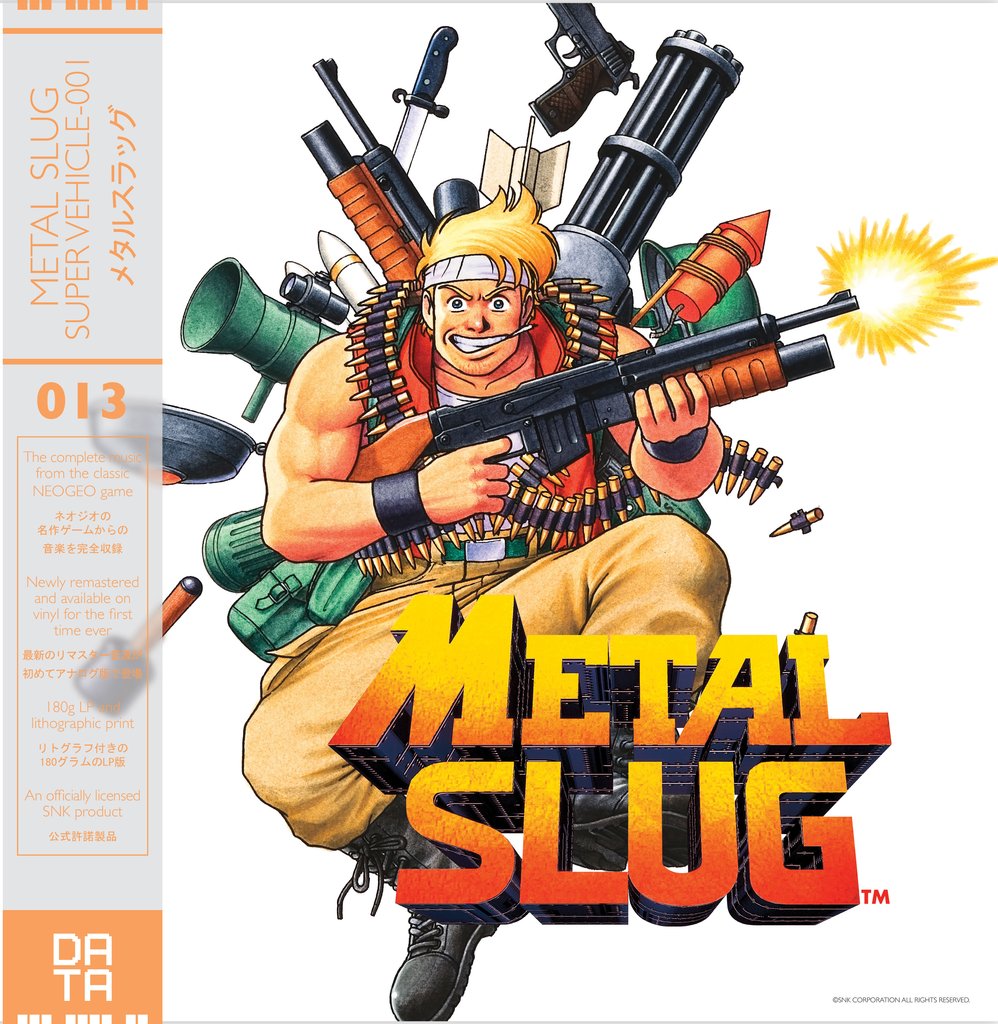 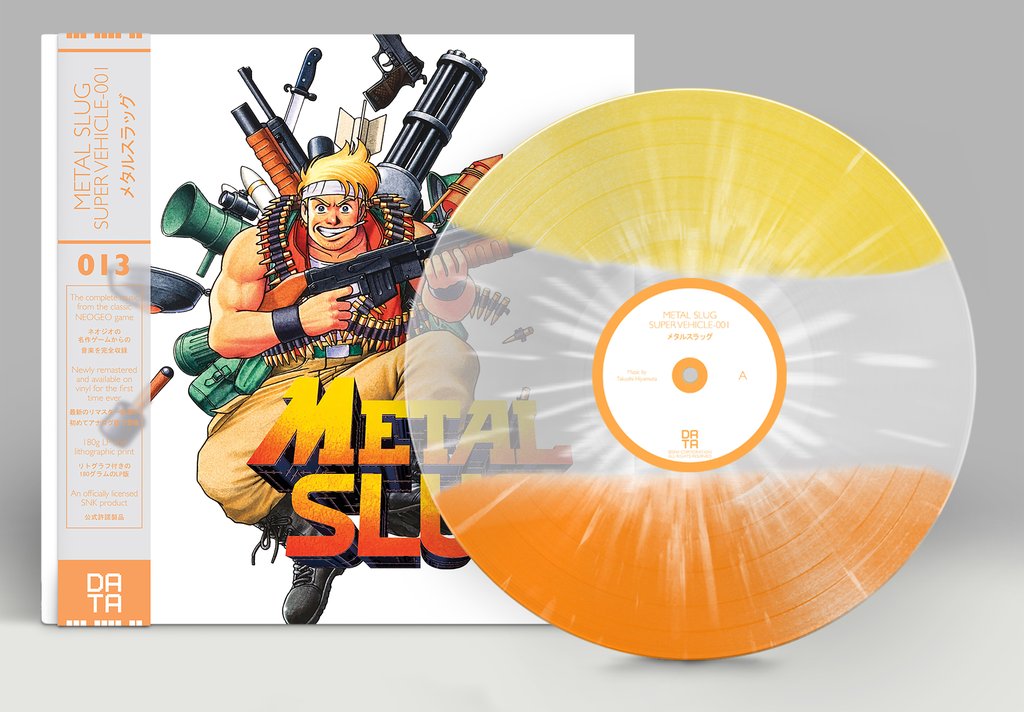 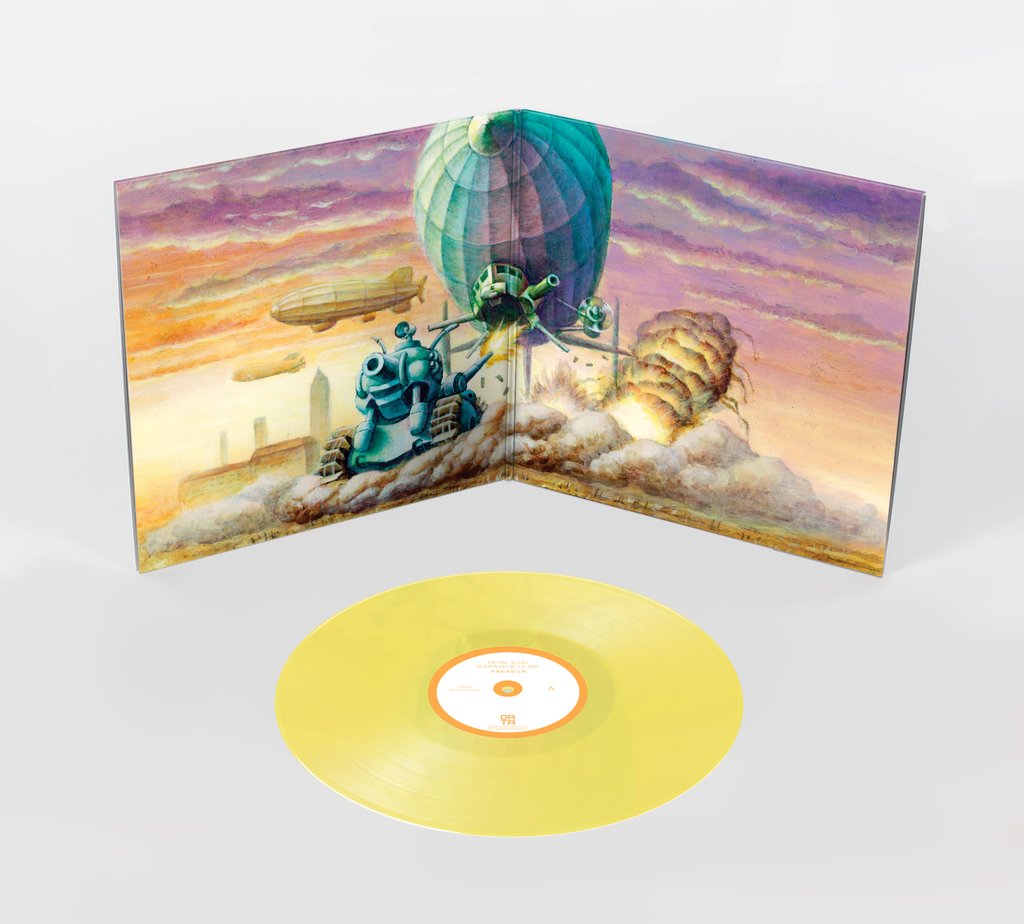 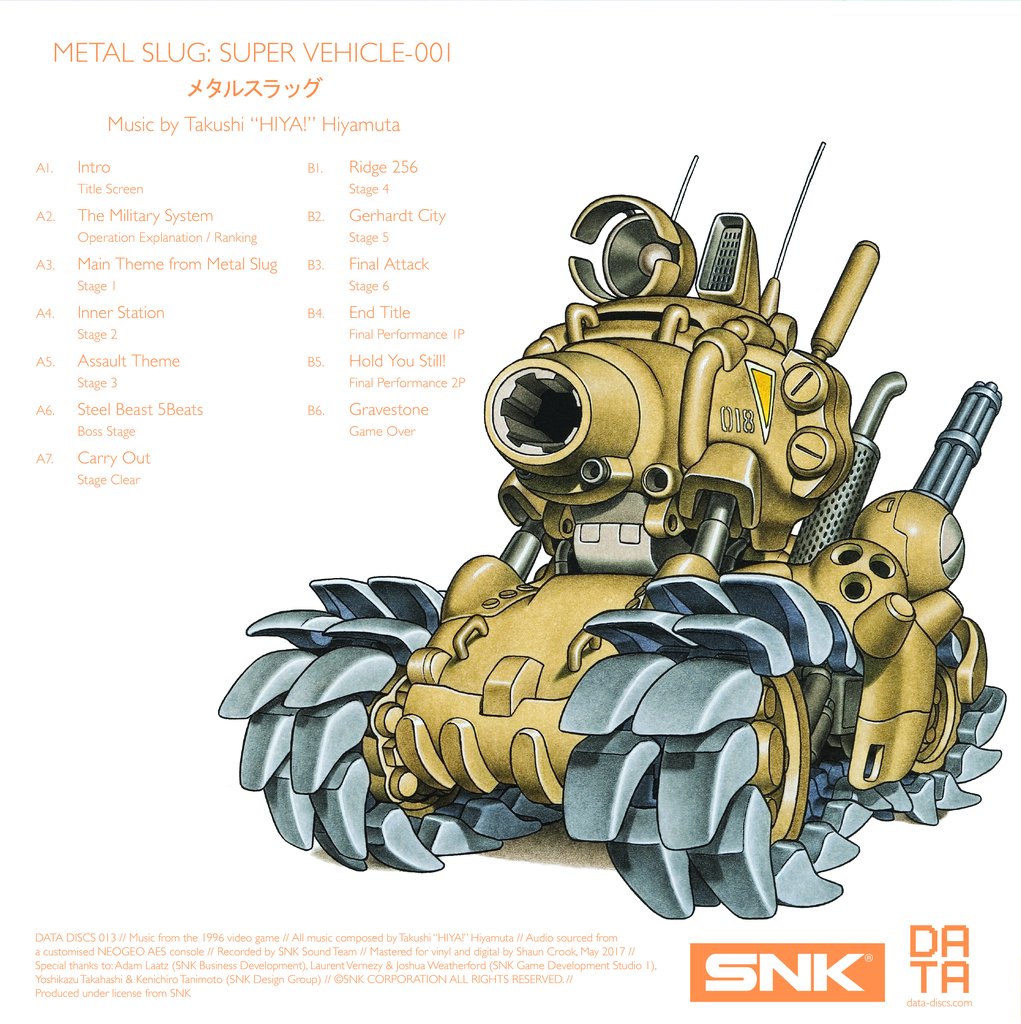 From time to time things slide past my radar undetected until later stumbling onto it.  Blame it on the busy work schedule or the fact that there were just so many great releases of 2017 that it’s impossible to catch it all, but we’re caught up now and in the know.  Back in October, Data Discs, purveyors of fine video game soundtrack vinyl releases dropped the soundtrack to what quite possibly is in my top 5 Neo Geo games of all time, Metal Slug!

The culmination of more than a year’s collaborative work with SNK Corporation, to develop an exclusive soundtrack release for the Japanese publisher’s most iconic franchise and one of the most beloved shooters of all time. The vinyl edition includes the complete music from the first entry in the series (Metal Slug: Super Vehicle-001), composed by Takushi Hiyamuta in 1996. Working in collaboration with the SNK Sound Team, the audio was sourced from a NEOGEO development kit in Japan and then mastered at our in-house studio in London. The release is packaged in a gatefold sleeve with accompanying double-sided lithographic insert, featuring rare artwork from the Japanese archives and a special translucent OBI strip with fluorescent Pantone print.

This release also includes a download code for the remastered digital album in both lossy and lossless formats.

Available in the following editions: