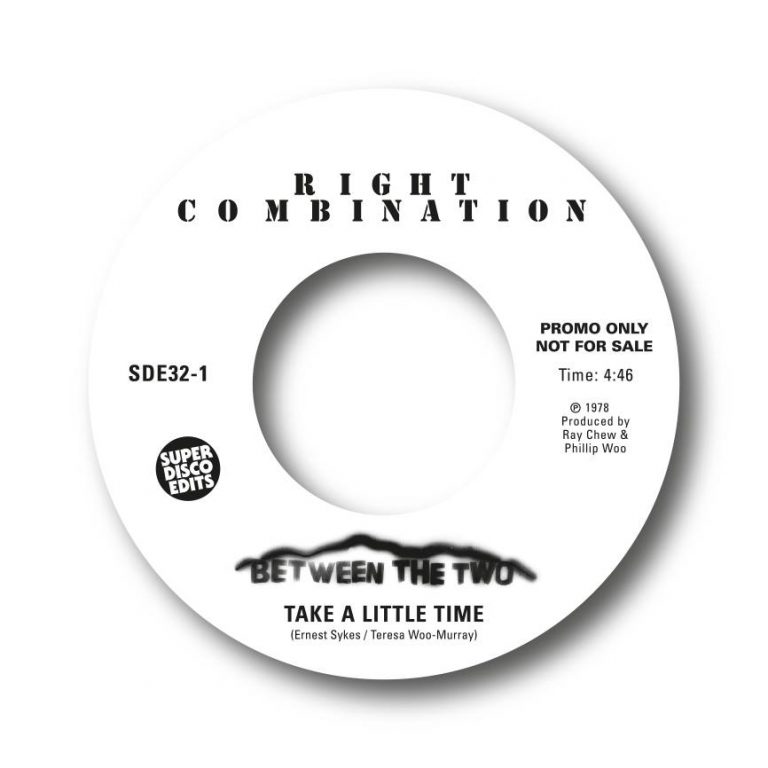 Between The Two – Take A Little Time

Hello 2018 as the Super Disco Edits label is set to issue yet another previously unissued gem to 7″ this time from a 1978 recording session with Between The Two. Do these guys ever sleep when it comes to researching the much needed dance floor soon to be classics!?

“When you stumble across a 9 piece soul band from a solitary photo and are intrigued about their journey, it’s might be a given that they were set for great things in the future. Some time ago, MCA Records had formed the new subsidiary label Source records and signed Between The Two but with different varying factors getting in the way, the group disbanded and with it went their music. After some heavy research Super Disco Edits have found some of those recordings from their 1978 sessions.  Between the Two were slap bang in the middle of the disco era, they had connections with earth wind and fires costume designer and really was that magically show band that toured in clubs and lounges. They kept their sound nice and soulful with a hint of that disco era.”

Super Disco Edits will now be issuing their debut 7″ “Take A little Time” and adding on to their already impressive discography of previously unreleased gems from artists across the board. Available soon via http://superdiscoedits.bigcartel.com