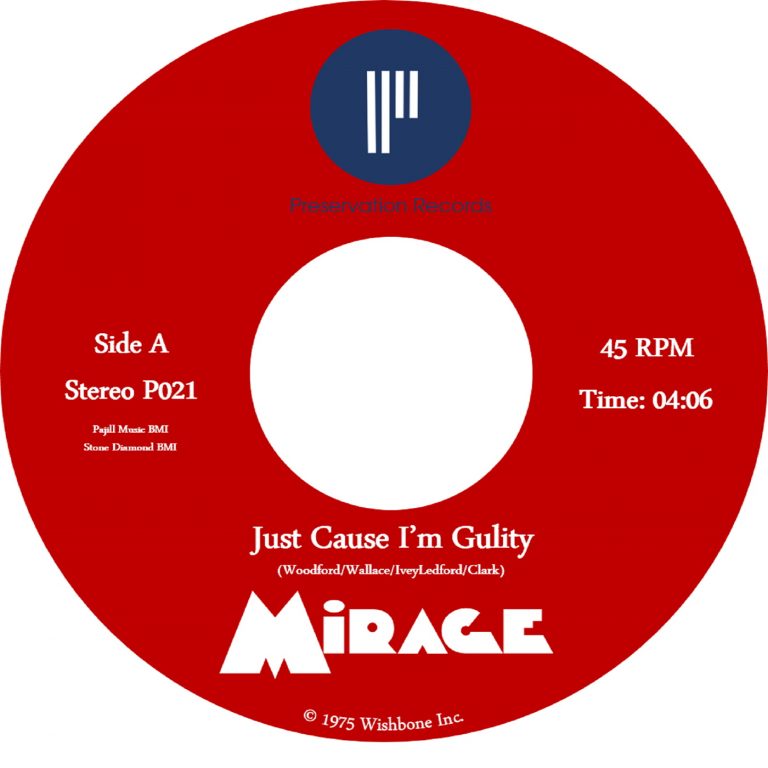 Norwegian label Preservation Records takes a dig into the Mirage vaults to pull out another double sider from this blue eyed group covering a funky soul and modern soul spectrum. The A-side features “Just Cause I’m Guilty” which was originally done by the girl group Hot and produced by Terry Woodford while the B-side features “Can’t Stop A Man In Love”, a track that might sound familiar as it was recorded earlier by Ruben Howell and Carl Carlton. This version made it to a mega limited demo 45 run on Warner Brothers, but never had an official release until now.