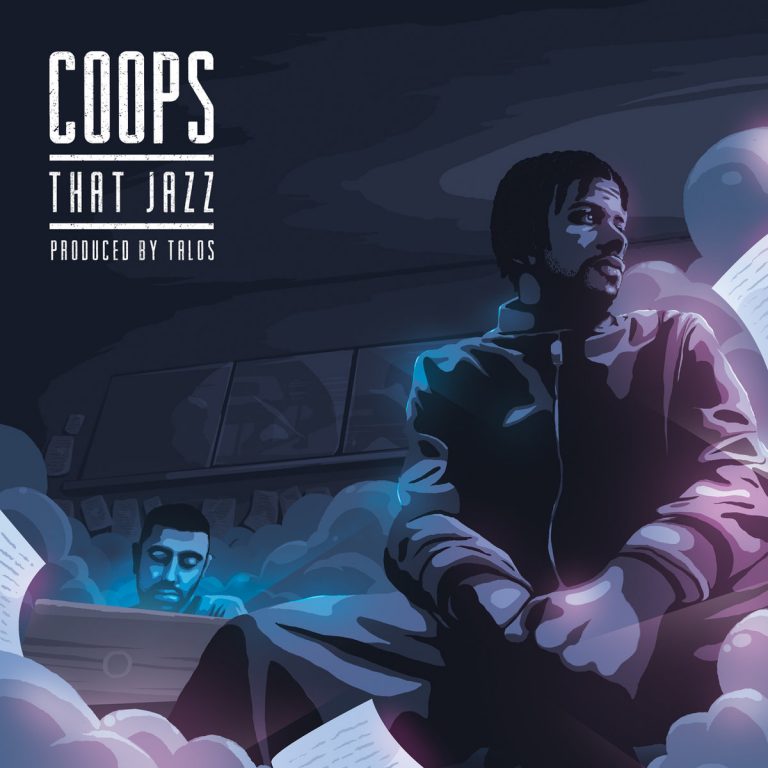 It’s on the rare side of things where international artists cross the shores of their homeland and arrive here in the states to build up a buzz or get any type of shine. And with there already being an over saturation of artists and consumers usually going for those that they are familiar with, while others get lost in the shuffle. But our job here at Nostalgia King is to be hipped to under the radar things and hopefully bring them to your attention.

One of the new Hip Hop 7″ that we recently caught wind of is “The Jazz” by Coops who makes his first official offering since signing to High Focus Records. By no means a debut, having already released two critically acclaimed albums ‘Lost Soul’ & ‘God Complex’ under his own steam in 2014 and 2016, the London MC is putting his best foot forward – a ‘no nonsense’ masterclass in smooth rhyming and soulful boom bap, produced by long time collaborator Talos. The beginning in a long line of releases planned for Coops this year, ‘That Jazz’ serves as the perfect introduction.

Sometimes you have to step out of your neighborhood to see and hear whats going on elsewhere.