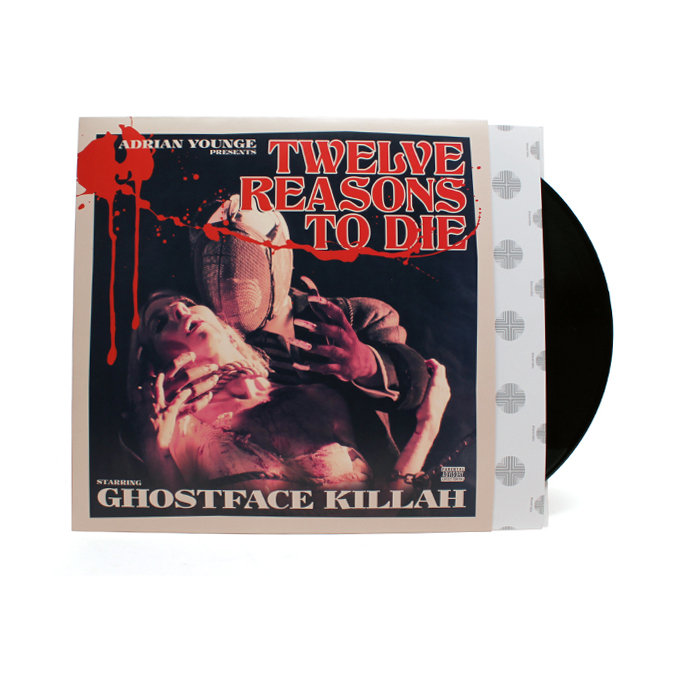 Giallo: a 20th-century Italian thriller or horror genre of literature and film. … It has been considered to be a predecessor to, and significant influence on, the later American slasher film genre. The word giallo is Italian for yellow.

Today marks the 5 year anniversary of the Twelve Reasons To Die collaboration project between composer Adrian Younge and the Wu Tang Clan’s Ghostface Killah so we decided to take the project for another spin here at the office since it’s been a while.  When news first broke about the project and the concept behind it, I instantly knew that I would be all ears open based on the Giallo cinematic approach mixed with the storytelling of Ghostface alone. As both a film and soundtrack lover this was up my alley but I knew for some, it would totally go over their heads and it did.  Diehard Wu lovers were looking for the same sound that they had been hearing since the clan’s debut but where Younge excels is that he took it one step further and created a work of art that is totally his without following in the path already traveled. Although you can hear the sound of The Wu and what Rza brought to life with a strong nod to Ennio Morricone, this is totally Adrian Younge’s passion being fueled by his love of vintage soundtracks and cinema.

Note: Twelve Reasons To Die was also released as an instrumental LP which gives it a full on soundtrack feel and totally different listen than the vocal version.