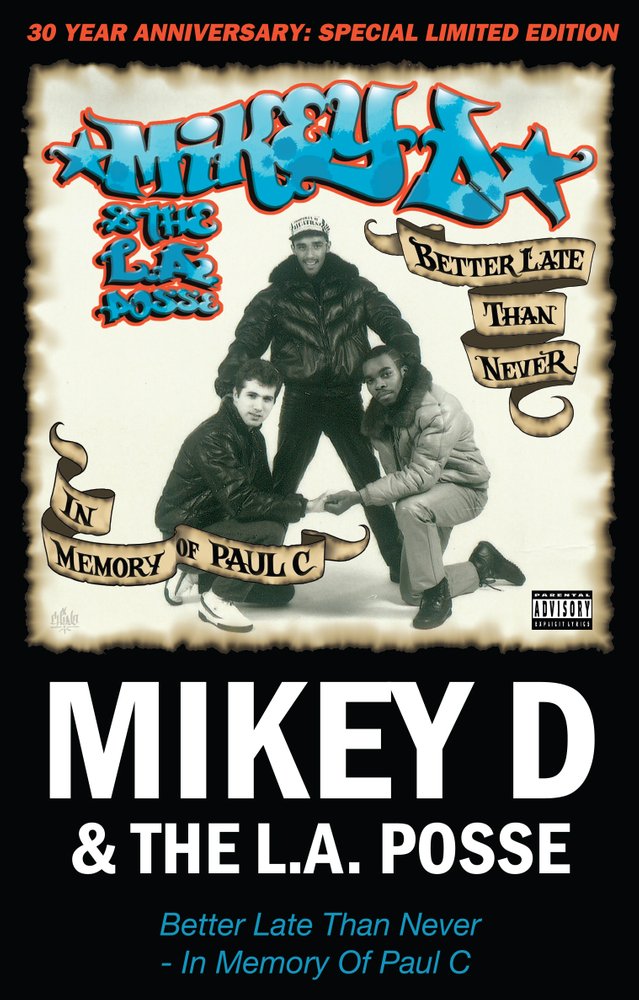 If Paul C isn’t in your top 5 then you should continue reading and make him a permanent staple on your favorite producers list of all time because he most like inspired a few of those who you regard as the best.  In honor and memory of the legendary producer, MicSic via Red Line Music Distribution will be releasing some of his finest work that he produced for Mike D & The L.A. Posse on a limited dub of 100 cassettes.  Thats sides of studio recorded songs with a bonus “recorded live recorded live at USA Roller Rink in Queens NY in 1986 with Johnnie Quest on the cut, Paul C on the SP12 and MC Lotto Beat Boxing.

The 30 year Anniversary limited edition of “Better Late Than Never”, the historic album produced by the Late iconic producer Paul C. 1988 New Music Seminar Winner Mikey D is on the vocals. DJ Johnny Quest artfully manipulates the turntables on this album. This album is a Hip Hop time capsule. “Better Late Than Never” takes you back to a time where you had to have skills as a Producer, MC, and DJ. Each vocal, beat and melody is authentic and presented with love for Hip Hop as an art form. Some of the musical bangers on the album include: “Coming In The House”, “I Get Rough”, “Go For It”, and “Bust A Rhyme Mike”. Get a slice of quality Hip Hop History for your collection.