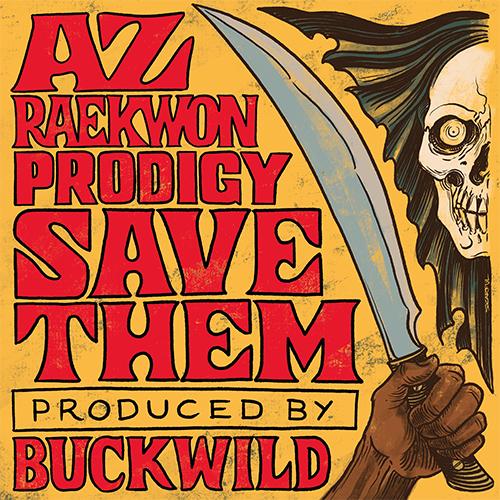 I always say that physical product will ever eclipse digital anything and in most cases when digital has been forgotten for the next download to push the previous to the side, something tangible will never be lost and often times brings new life to it.  In the ever evolving world of Hip Hop and it’s releases, so much has come out yet plenty has slipped below the radar and lost within algorithms of daily blogs which makes certain releases prime real estate for a vinyl release especially for crate carrying DJs world wide. One of those cuts that fit the bill is AZ’s 2017 release “Save Them” featuring Raekwon and Prodigy produced by DITC’s Buckwild and recorded prior to the passing of Prodigy. In an effort to bring new life to Save Them, Tuff Kong Records has teamed up Buckwild to press up a 7″ b/w instrumental on the flip of this New York  gem featuring three of it’s finest.