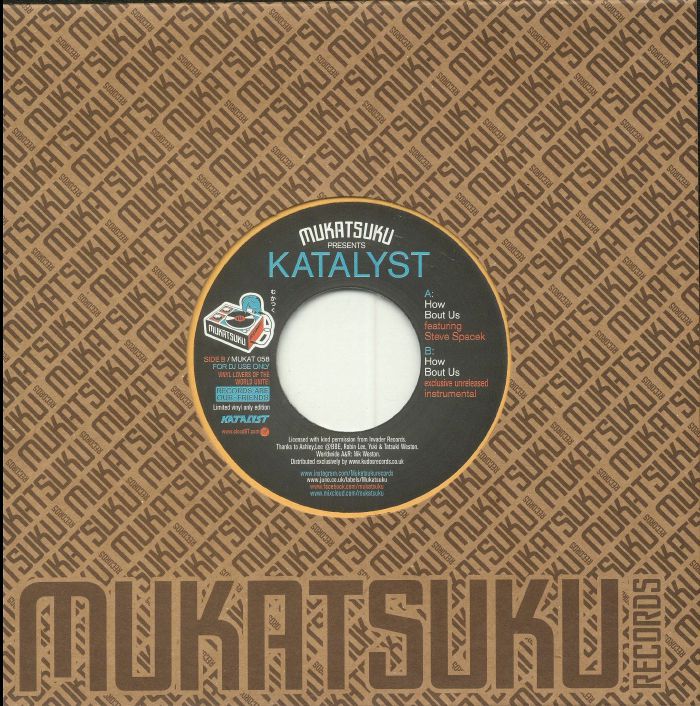 Grand sounds coming from the Mukatsuku label in their latest release presently spinning on platters worldwide from Katalyst ft. Steve Spacek with “How Bout Us?”. Originally released in 2007 by the Australian DJ / Producer in LP format on the Invada label then shortly after being recognized as a choice cut that needed to be heard by more ears and picked up by the folks at BBE who gave it that extra push.  Having a timeless feel and sounds, it’s no wonder that Mukatsuku Records has once again given it the special treatment and this time pressed to a nice 7″ with a previously unreleased exclusive instrumental on the flip which makes this even more of a grab. Heavy soul with speaker knocking boom bap appeal with just the right touches for sure on this one that.