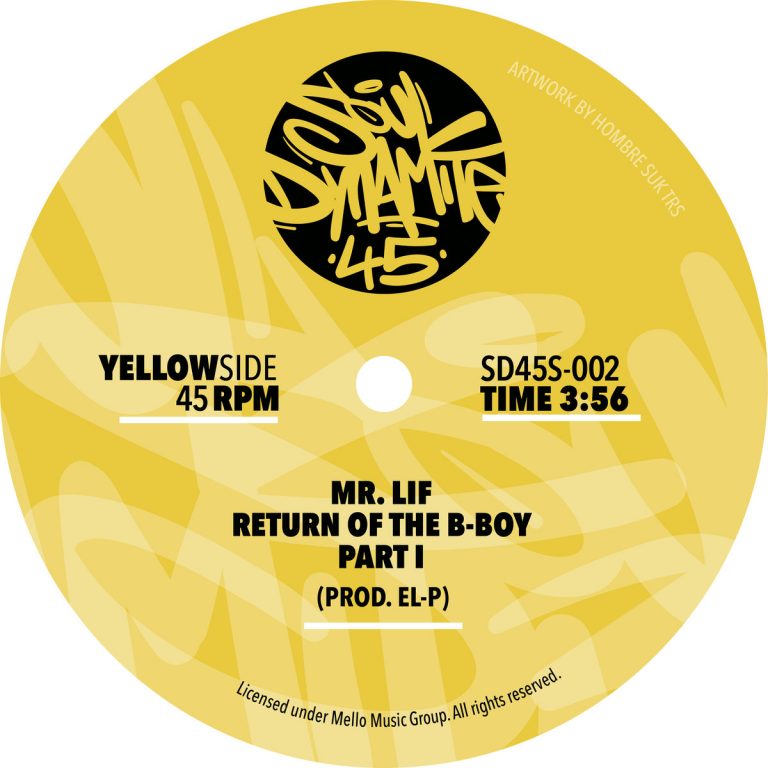 Mr. Lif – Return of The Bboy

As Soul Dynamite continues on with their second release and a first time on 45’er debuts a Mr. Lif classic with “Return of The B-Boy” Pt1/2 produced by the one and only EL-P.  Originally released not he “I Phantom” LP and one of the standout memorable cuts for many, Mr. Lif recalls the the session in vivid detail while sitting in EL-P’s basement studio working on a deadline of turning in the album the following day and wanting to create something fresh.

“I wanted to create a song that was a feat in storytelling and in verbal dexterity. The slower tempo of Part 1 of the song gave me a chance to paint a clear view of the scenario in which the protagonist is brought back to life by music to save culture of a genre. The relentless tempo of Part 2 was one of the largest challenges I had faced as an MC at that point in my career but I did not want to earn style points at the cost of clear storytelling.”