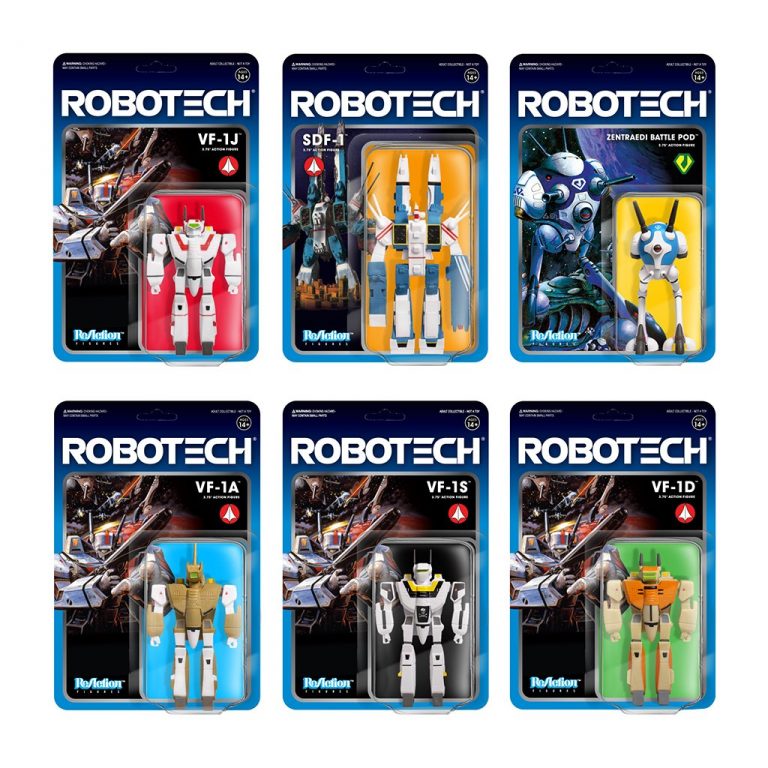 Super7 has upped the ante one more time and going deep into nostalgia territory with their latest release in their ReAction series with Robotech! Robotech made it’s television debut here in the States in 1985 which featured 85 episodes from an adaptation of three different series originally made in Japan from 1982-1985. 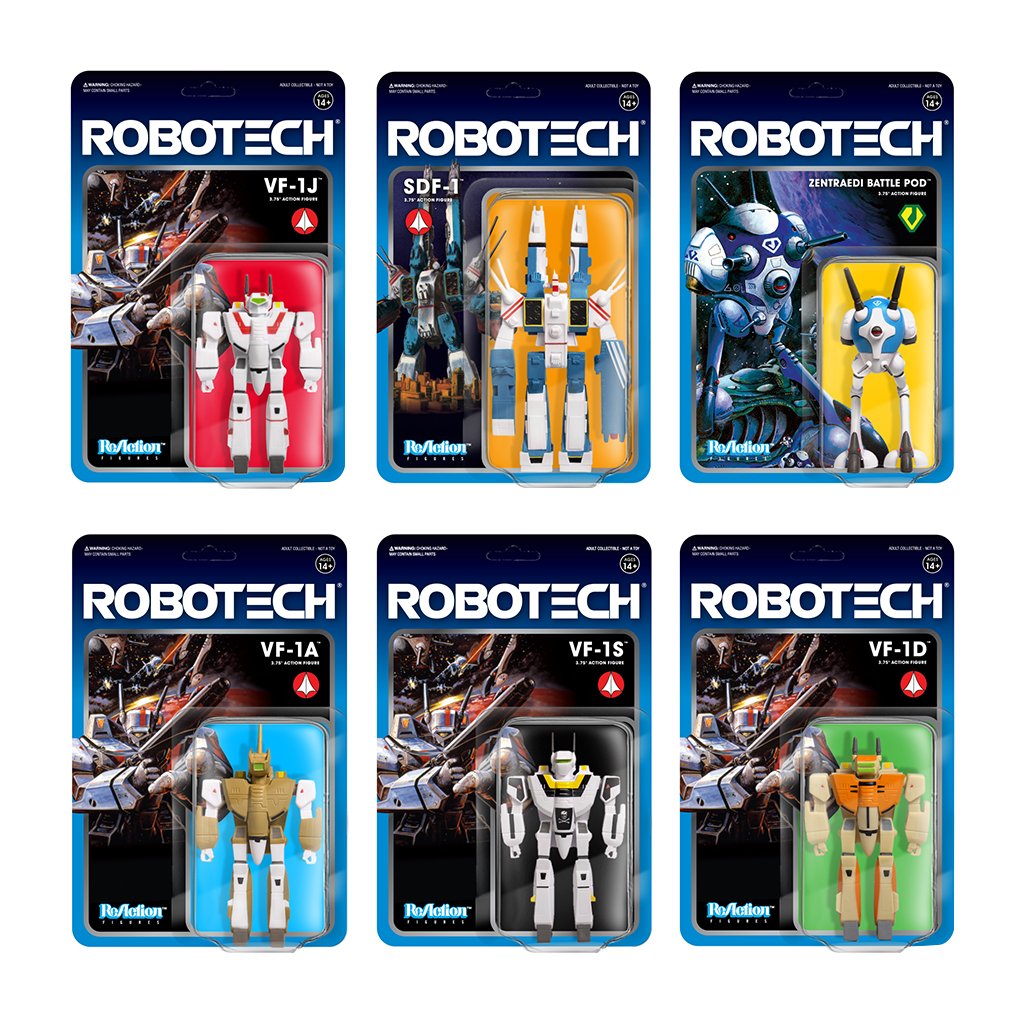 The new ReAction series features the Robotech squadron in 3.75-inch carded form with the full set includes 6 figures: Battle Pod, SDF-1, VF-1A, VF-1D, VF-1J, and VF-1S.  If you’re a fan or collector of Robotech, Gundam etc. then this needs to be in your collection.