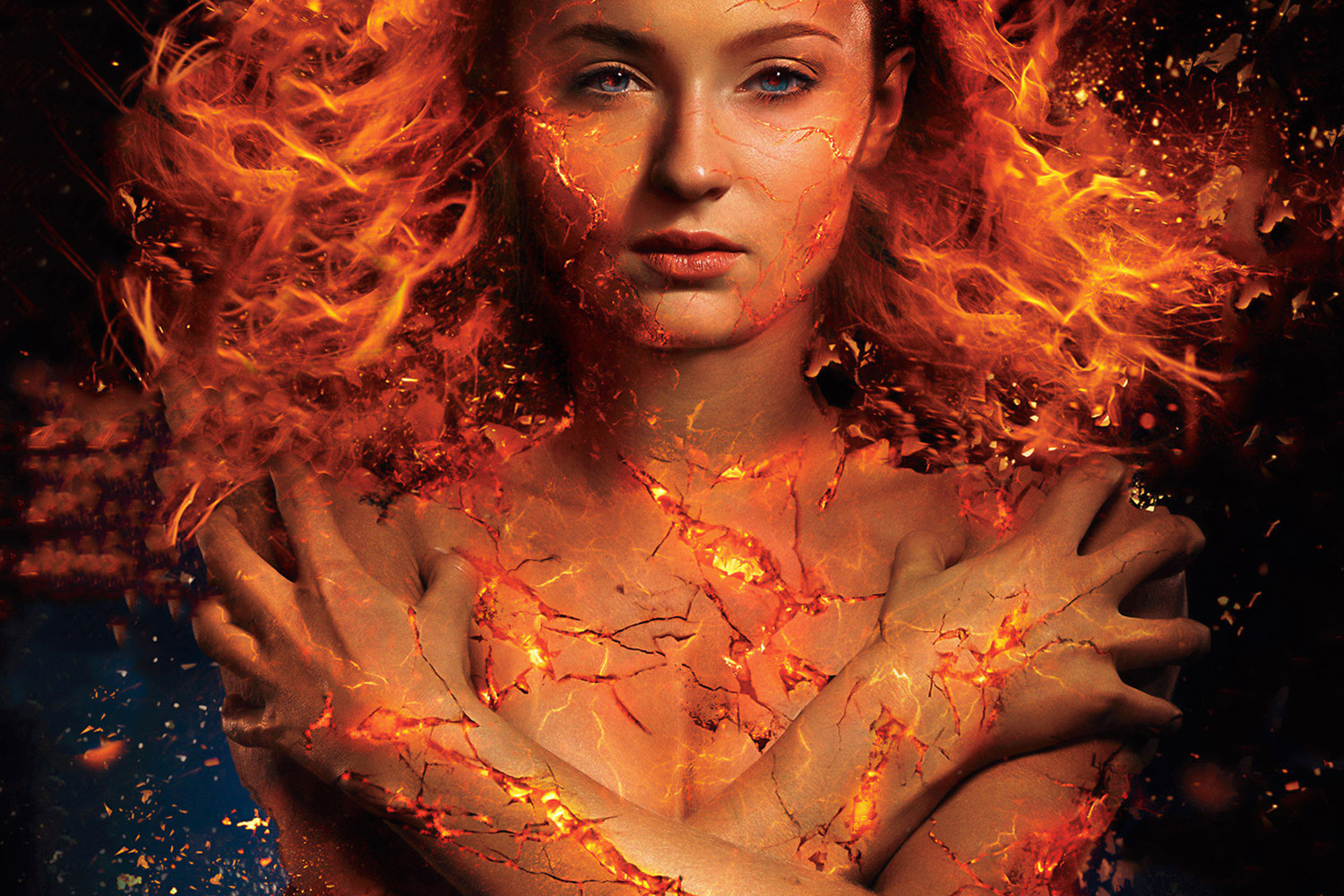 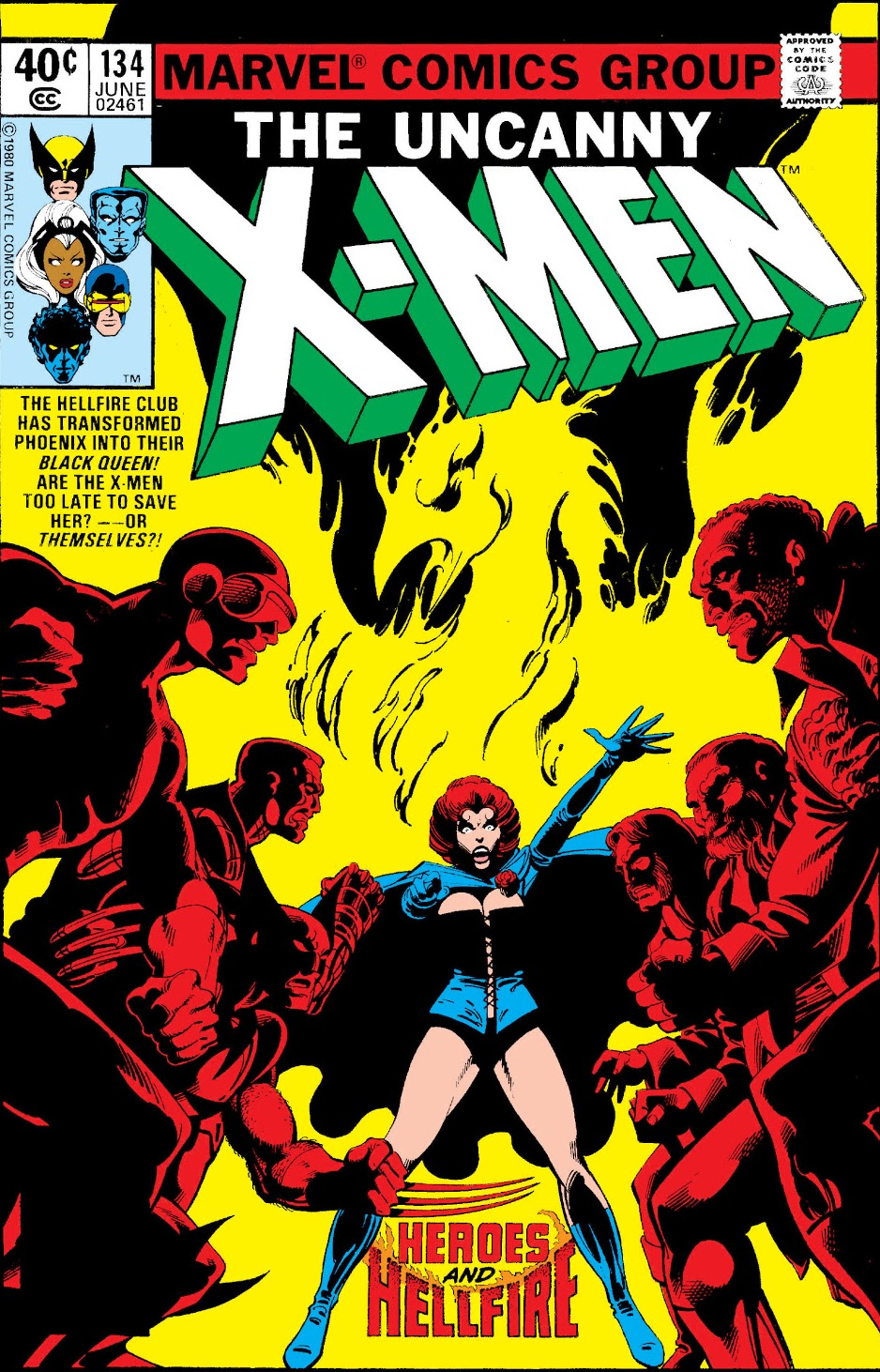 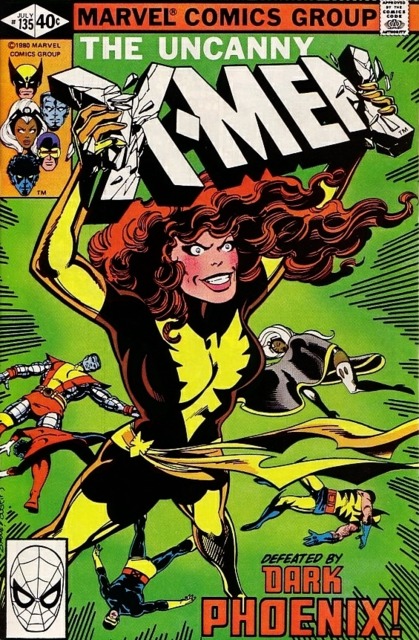 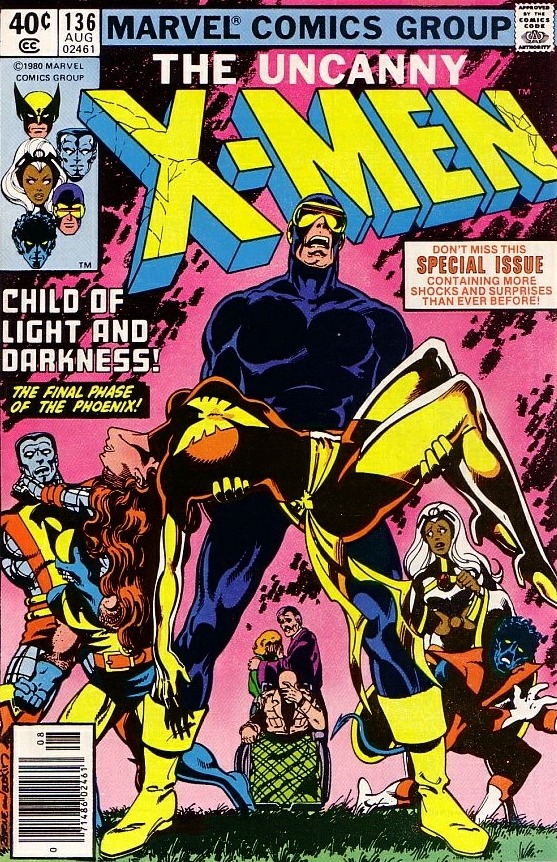 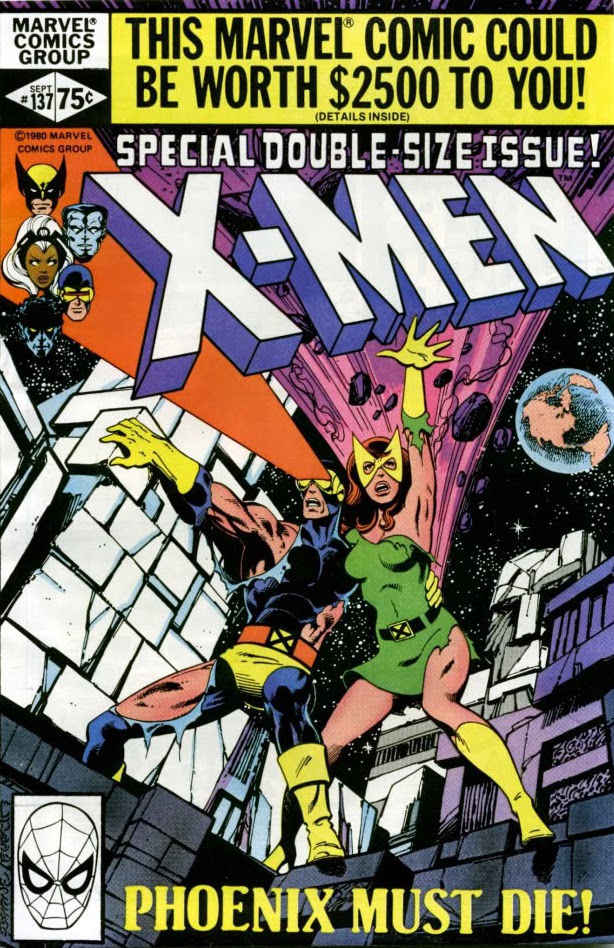 With all of the talk about the Disney now owning the rights to the X-Men franchise and the 20th Century Fox produced X-Men: Dark Phoenix film not being canceled and hitting theaters in 2019, we’ve decided to revisit the original Dark Phoenix saga originally in print for and one of our favorite storylines of all time in comic history.  I remember buying each of these issues brand new at The Comic Vault (later became Fat Jacks Comic Crypt) which was the shop close to my house and within bike riding on Saturday mornings.

Returning from a mission in space, Jean Grey is exposed to the deadly radiation of a solar flare, and briefly attains her ultimate potential as a telepath and telekinetic. Jean becomes a being of pure thought, and then reforms herself upon return to Earth with the new costume, identity and power of “Phoenix”. It is with this incredible power that Jean repairs the fractured M’Kraan Crystal, but voluntarily restrains her powers afterward in order to keep them under control.

Her vast potential makes her a target for Mastermind, who is attempting to prove himself in order to join the prestigious Inner Circle of the Hellfire Club. Under the identity of Jason Wyngarde, he begins to seduce Jean. With the help of a mind-tap device created by the Club’s White Queen, Emma Frost, Mastermind projects his illusions directly into Phoenix’ mind. These illusions cause her to believe that she is reliving the memories of an ancestor, Lady Grey, who in Mastermind’s illusions was the Hellfire Club’s Black Queen and the lover of one of Wyngarde’s ancestors. Phoenix eventually accepts the Black Queen as her actual identity, a decadent role that allows her to relish the extremes of human emotion and begins to break down the barriers that she had erected.

She helps the Hellfire Club capture the X-Men, and Jean’s true love Cyclops faces Mastermind in a psychic duel. When Mastermind kills Cyclops’ psychic image, it breaks his hold over Jean’s psyche and shatters the final barriers on her power. Experiencing this power in its totality overwhelms Jean, and she renames herself “Dark Phoenix”. Enraged at Mastermind, she uses a telepathic illusion to make him experience godhood, driving him insane. To break her ties with her less powerful identity as Jean Grey, she strikes down the X-Men and departs for a distant galaxy. However, her power proves to be far more limited than she thought; the intergalactic trip leaves her almost completely drained. To recharge, she devours the energy of the nearby D’Bari star, causing a supernova which kills the entire population of the only civilized planet orbiting the star. A Shi’ar vessel attacks to prevent her from destroying other stars. Dark Phoenix easily destroys the vessel, but not before they alert the Shi’ar Empress Lilandra. A council of intergalactic associates is gathered, including the Kree and Skrull empires, and concludes that Dark Phoenix is an even more serious threat than the planet-consuming Galactus and must be destroyed.

On Earth, the X-Men are greeted by Avengers member (and former X-Man) Beast. Dark Phoenix returns to Earth, to her family’s home, and finds herself conflicted between her normal feelings for her loved ones and her new destructive impulses as Dark Phoenix. The X-Men attack her but are again defeated. Her mentor, Charles Xavier, arrives, and through a vicious psychic duel, he creates a new set of psychic “circuit-breakers” which reduce her to only her original Marvel Girl powers. This allows Jean’s normal personality to reassert control.

The Shi’ar abduct the X-Men, tell them of Dark Phoenix’ casual genocide, and declare that she must be put to death. Xavier challenges Lilandra to Arin’n Haelar, a Shi’ar duel of honor that cannot be refused. After conferring with the Kree and Skrulls, Lilandra agrees to Xavier’s demand.

The next day, the X-Men and the Shi’ar Imperial Guard are teleported to the Blue Area of the Moon to do battle, with the victors deciding the fate of Phoenix. The Imperial Guard defeat most of the X-Men, leaving Cyclops and Phoenix alone to make a final stand. When Cyclops is seemingly killed, Jean’s panic overrides Xavier’s psychic restraints and restores her to Dark Phoenix. Lilandra initiates Plan Omega, which would consist of destroying the whole solar system in hopes of eliminating Dark Phoenix in the process. Xavier orders the X-Men to subdue Jean to preempt Lilandra’s emergency measure. They battle her until she regains her senses. Running inside one of the Blue Area’s ruins, Jean, struggling to keep control, activates an ancient Kree weapon which disintegrates her after an emotional good-bye to Cyclops. He deduces that Jean had planned her sacrifice from the moment they had landed on the moon.

The story ends with Uatu the Watcher commenting that “Jean Grey could have lived to become a god. But it was more important to her that she die…a human.”