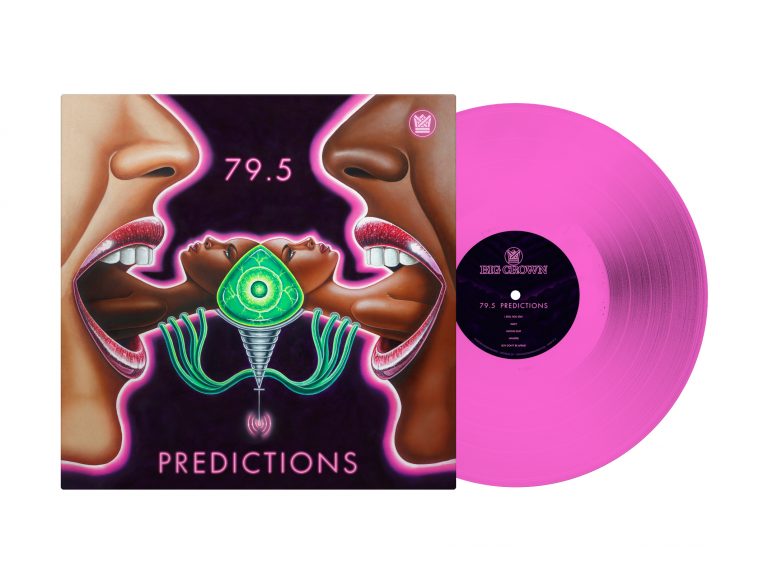 When it comes to highly anticipated and waiting for a full album to drop, New York’s 79.5 might very well be on the top of my list for 2018. After getting maximum spins from me world wide on their 2016 debut 45 of “Terrorize My Heart”, Big Crown Records is set to release their full length, “Predictions” in just a few short weeks. 11 tracks deep and produced by Leon Michels, the band of sisters have been steadily making noise in and around the NY area and have put together a solid offering of magical tunes.

“The album plays very much like their live show, a timeless journey through a New York City dreamscape pulling in the listener to the subtleties of three part vocal harmonies over chords on the Rhodes to the peaks of four on the floor disco drums. Equal parts psychedelic, and folk, gorgeous and gritty. This mix of influences and vibes is maybe best embodied by the stand out tune Facing East which sounds like ESG meets Fleetwood Mac with Sade Saxophone for good measure. Fantasy and I Stay, You Stay touch on love and vulnerability while the drum driven Sister’s Unarmed is 79.5’s politically charged number about how to stand up for equality yet hold on to your gentleness as a person, and specifically as a woman in today’s world. Fireman shows a more sassy side of the ladies, playing on words in a tune many New York women can relate to; one about having a crush on NYC’s Bravest. Wavy is a straight forward good vibe tune about getting out of the city and getting to the beach while the album’s title track Predictions was written by Mattison after having a dream about the apocalypse. The tracks encompass the complexity of the band, sometimes literal and light hearted, sometimes abstract and esoteric. 79.5 is easily one of New York City’s most adored acts, their debut album has been eagerly anticipated and will surely supersede fans expectations.”