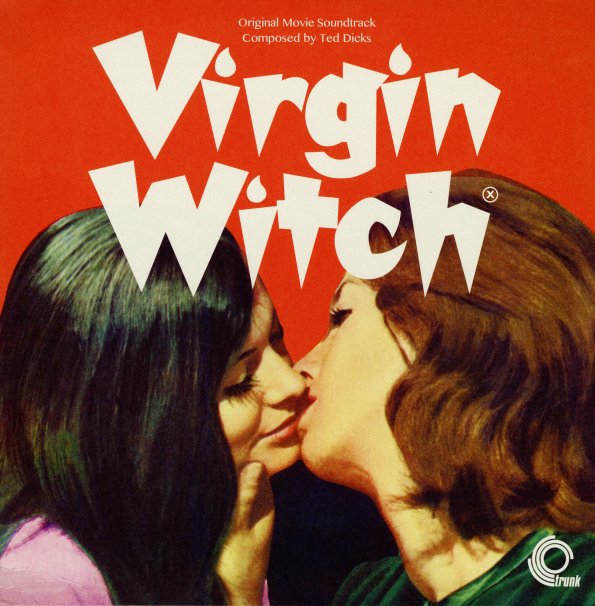 Trunk Records delivers another stellar and under the radar gem that should catch the attention of soundtrack and film lovers and collectors especially those who love obscure British sexploitation films. What we have here is the Ted Dicks “Virgin Witch” LP pulled directly from the master tapes, pressed and wrapped in a drool worthy sleeve.

“First ever release of this marvellous pop / baroque horror score by master composer and songwriter Ted Dicks. Rich in cymbalom (probably played by Mr Ipcress himself, John Leach), brimming with spooky weird bits and complete with a fine leitmotif this is an unexpected treat. And all written by the man who brought us “Right Said Fred”, “Hole In The Ground” and the theme from Catweazle. This was the first complete score composed by Ted, and was taken from his original master tape. A total period treat, and with one hell of a good sleeve, even if I say so myself.”

Peep the original 1972 film trailer then track down a copy of the soundtrack before it’s sold out.