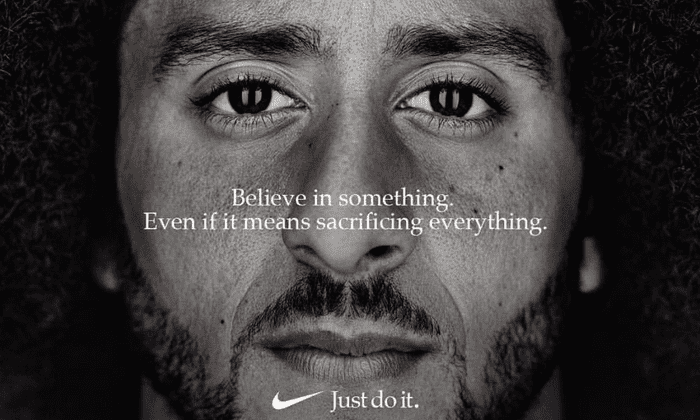 Colin Kaepernick – Just Do It

Major move from Nike as it features Colin Kaepernick as the face of the Just Do It 30th Anniversary which also features the slogan “Believe in something. Even if it means sacrificing everything.” Nike has had Kaepernick on the payroll since 2011 but felt that the 30th anniversary was the perfect time to build a campaign around his efforts.  Well played Nike!