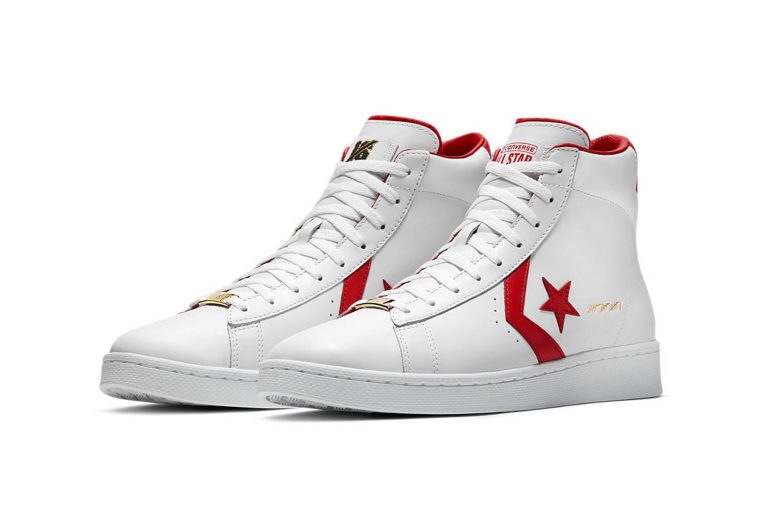 Everyone has their favorite or best pick, for some it’s Michael Jordan while others can throw a who’s who list of names of the latest and greatest but for me since day 1 it’s always been Dr. J, Julius Erving.  He was the precursor to those other names in a very different era of playing ball in both the ABA and NBA and had a signature shoe before it became the cool thing.  In honor of The Doc, Converse honors this Philadelphia 76er legend as part of their “Art of The Champion” series and brings back his signature Pro Leather Model perfectly named “The Scoop,” after Julius Erving‘s inexplicable ability to adjust in mid-air. In Game 4 of the 1980 Finals, Dr. J managed to pull off one of the most unforgettable layups, scooping the rock under the backboard and up from the opposite side.