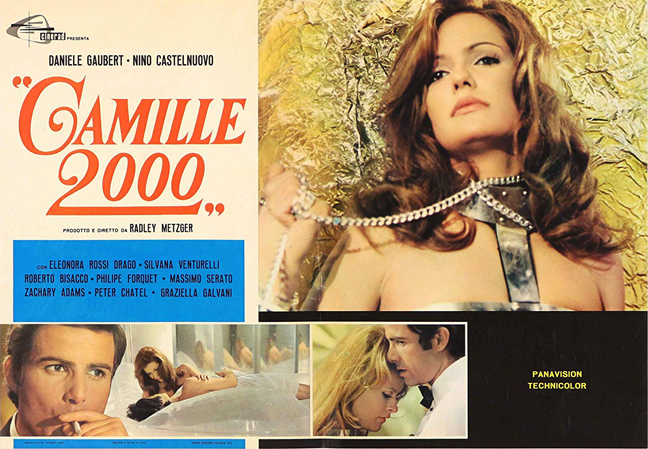 With a recent reminder by the guys over at The Rialto Report, I remembered that a few months back I finally got my hands on an OG VHS copy of the Radley Metzger erotic film, Camille 2000 and that I needed to do a quick review of it here at Nostalgia King. I previously got hipped to this film’s soundtrack by the good brother Marsellus Wallace and had been on the hunt to catch the film outside either some how on the big screen or VHS. As recently reported by The Rialto Report, today marks the 50th anniversary of the beginning of filming so what better time to go back and drop a few jewels on this must see with an even more, must hear soundtrack composed by Piero Piccioni.

The original soundtrack was composed by Piero Piccioni but wasn’t released until 1998 via the highly collectible Italian label, Easy Tempo who did an excellent job bringing it to vinyl. Both the film and soundtrack are recommended for those who love the finer things in life.