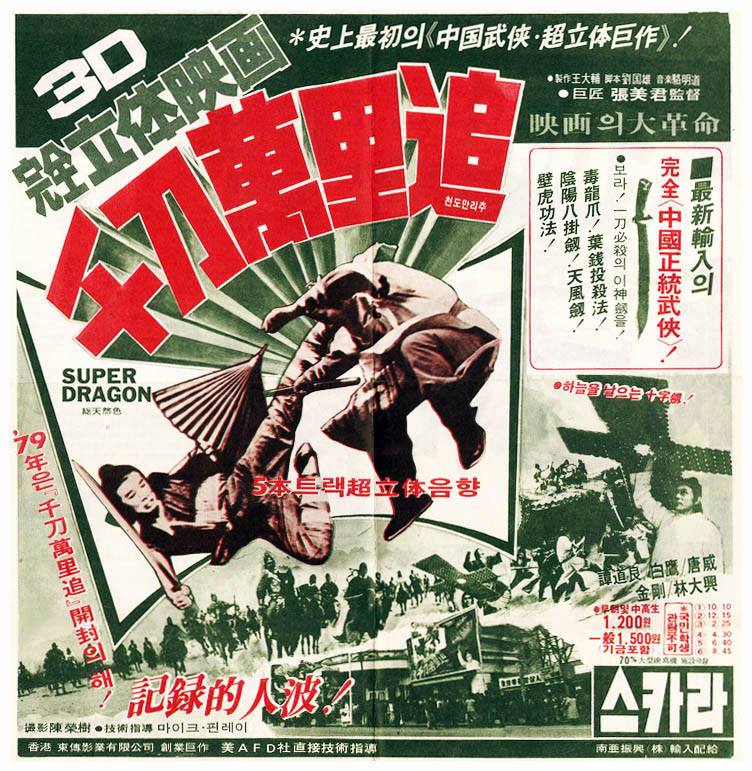 There are quite a few under the radar, not as popular as Shaw Brothers or Golden Harvest Kung Fu films that I’ve seen on the big screen over the years that have held up the test of the time. With literally 1000’s of movies that came out, many are nostalgic for obvious reasons but may not have really been that good which makes it hard to sift through to find the gems. One of the diamond in the roughs that doesn’t get mentioned as much as others is “Dynasty” aka Super Dragon and besides it actually being a good film, it just so happens to be the first (and possibly only) Kung Fu film in 3D.  Released in 1977 but it wasn’t until the very early 80’s when I would catch it at the theater and then not until the early 90’s would I then find a VHS copy through a tape trade with a fellow collector and surprisingly the copy just happens to be in 3D!

So strap on your cheesy paper 3D glasses, grab your popcorn, kick your feet up and watch out for those flying daggers!