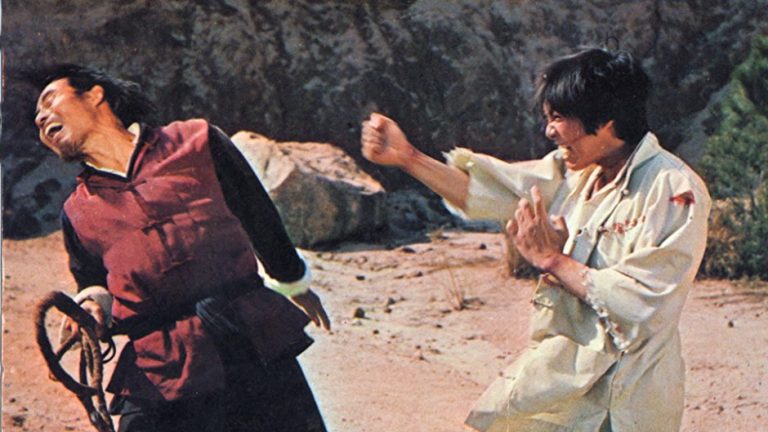 Fists of The Double K

As Jen Ko (Henry Yu Yung) has completed his training at the military academy, he is entrusted by his superiors at once with a secret mission. He should take in the city Lung Tau the gang leader Fong captured. This dominates not only by local standards, but is also responsible for the death of Jen Kos father. Jen Ko is on its way. However, Fong has already experienced by Jen Kos order and seven rock-hard kung fu fighters hired that will protect him and his dirty business.

The Godfathers of Hong Kong It tells the story of one man’s fight against a cruel opium gang, culminating the kidnapping of his family. A great film all around but as a collector what’s made this film rather unique is it’s rarity.  It originally played in theaters with English dubbing but to date, no confirmed print exists and for years the only print circulating was one with German dubbing and no English subtitles.  Coincidently, I found a dealer locally that says he has the original reels in English so here’s hoping to make a screening happen in the near future. Recently someone took the time out to add English subtitles to the German print and put it online which is great for those seeking to see it.