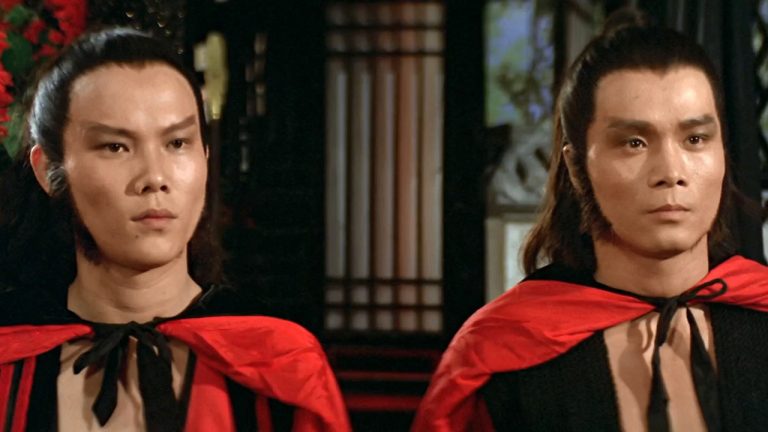 Taking in the classic 1980 Shaw Brothers film “The Flag of Iron” aka Spearman of Death to start the day.  I originally saw this gem in the theaters then later as it was shown on Saturday afternoon here in Philly on Channel 17.  The Chang Cheh directed film is full of action with great storyline that does not disappoint.

“When a loyal member of a crime syndicate volunteers to take the heat off his gang and go into temporary exile after a volatile conflict with a rival clan, the young warrior finds that his sacrifice isn’t honored in this historical kung fu epic. Upon returning from his stint as a scapegoat, Iron Panther finds that his gang has joined with the enemy gang his comrades were fighting when he left. With the help of two other fighters, Iron Panther must now mount a fearless effort to win back the honor that was lost, culminating in a fantastical display of skill in a battle fought with flag-draped spears.” ~ Cammila Collar, Rovi (Rotten Tomatoes)