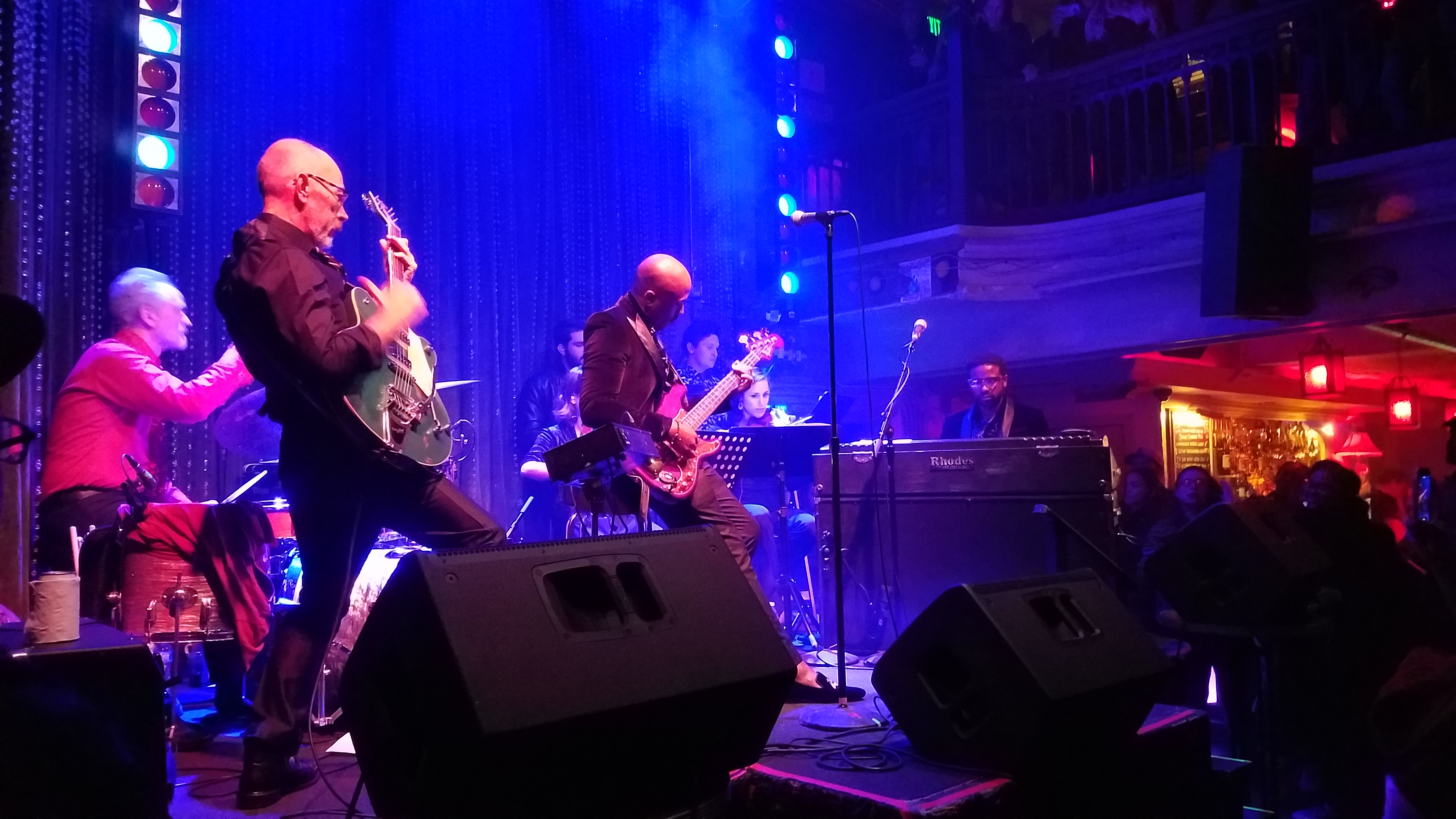 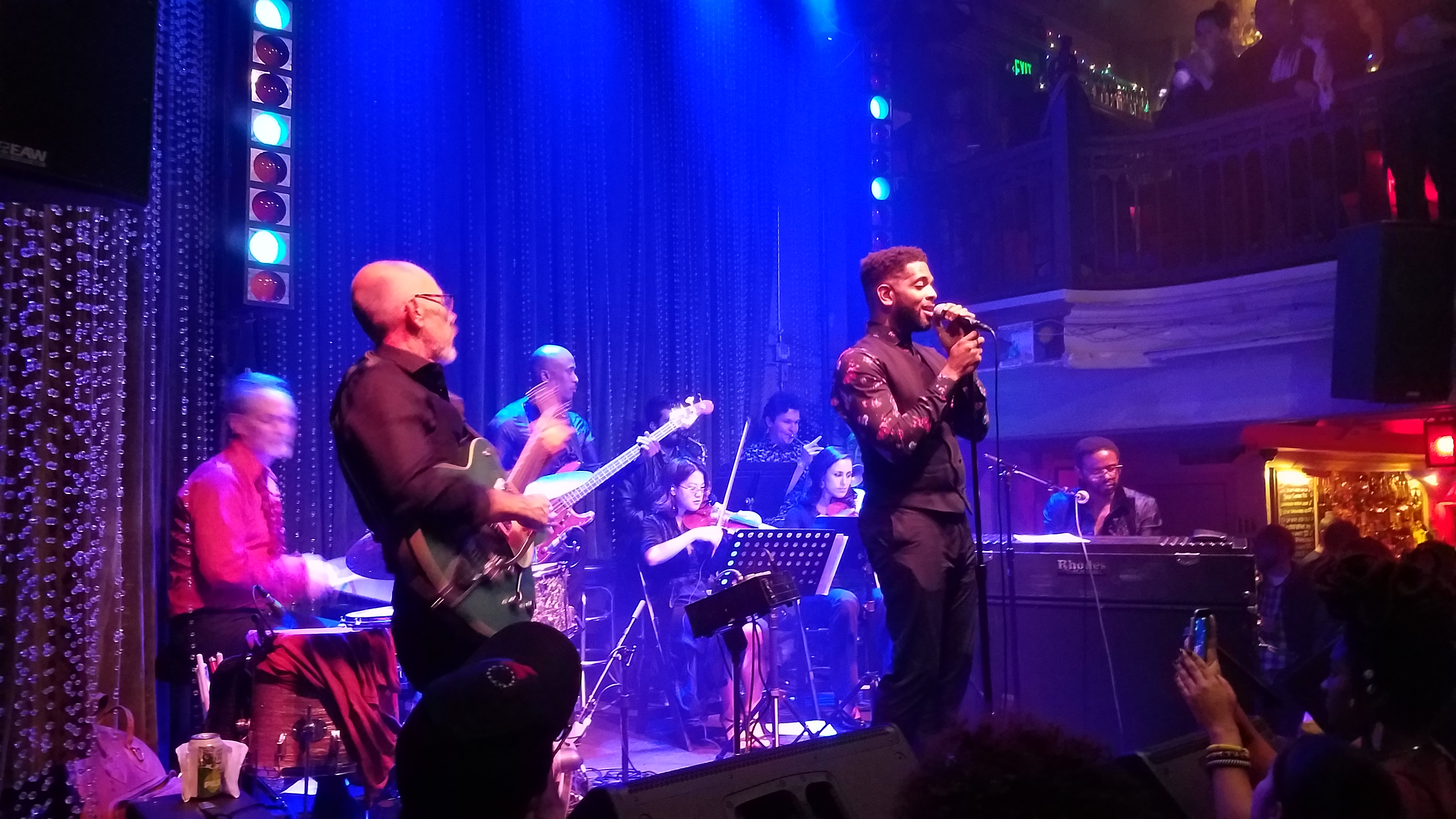 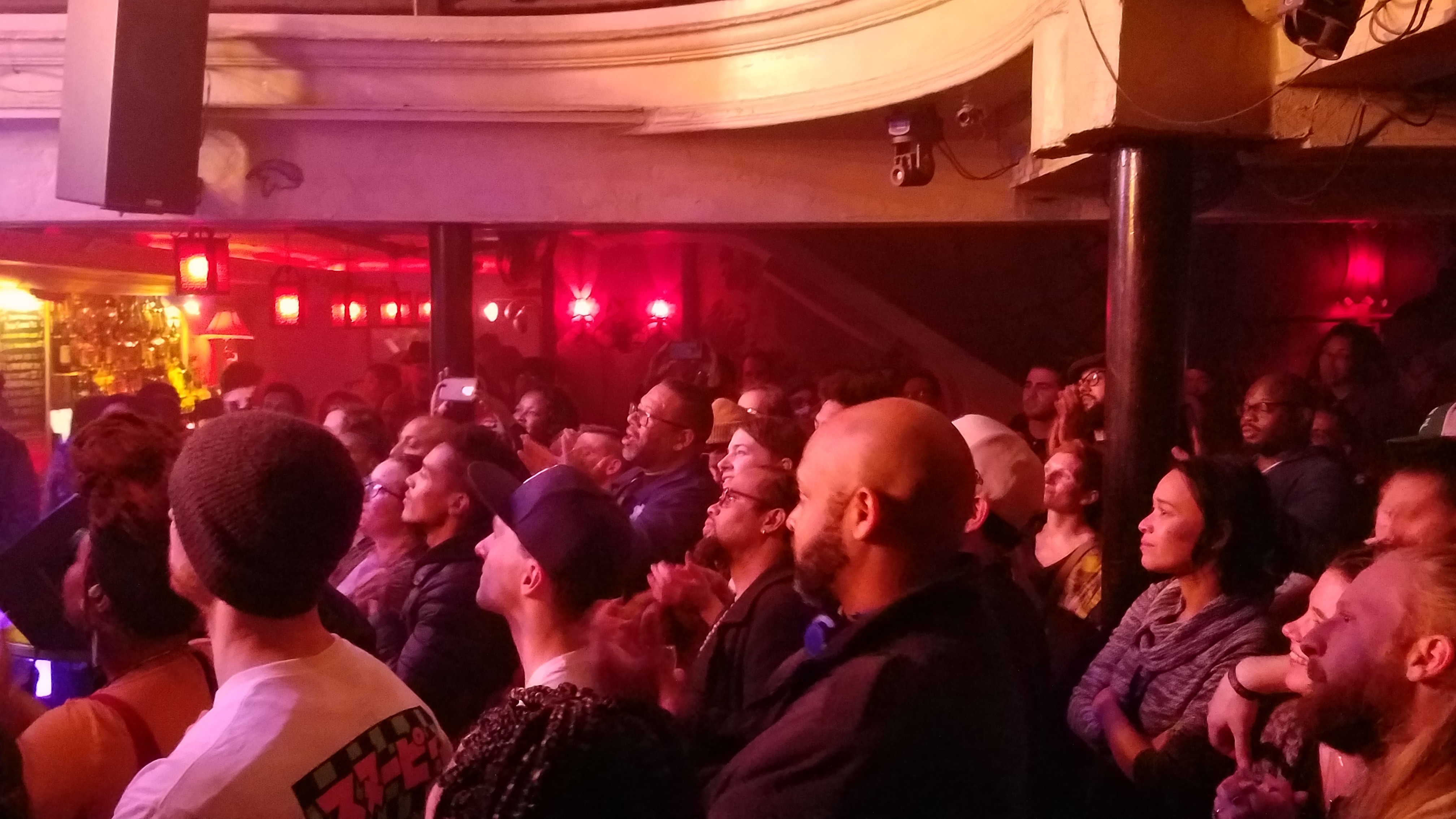 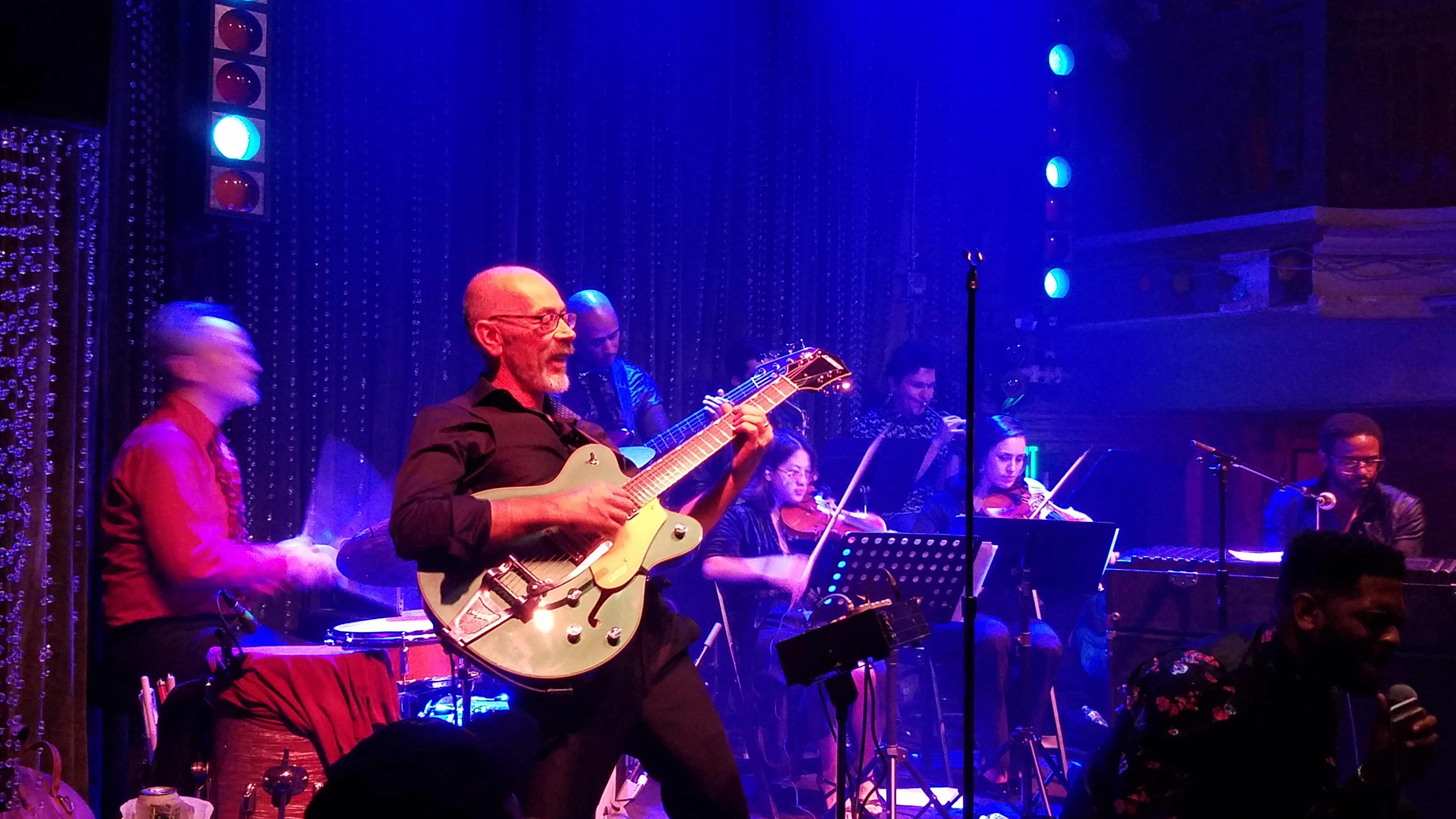 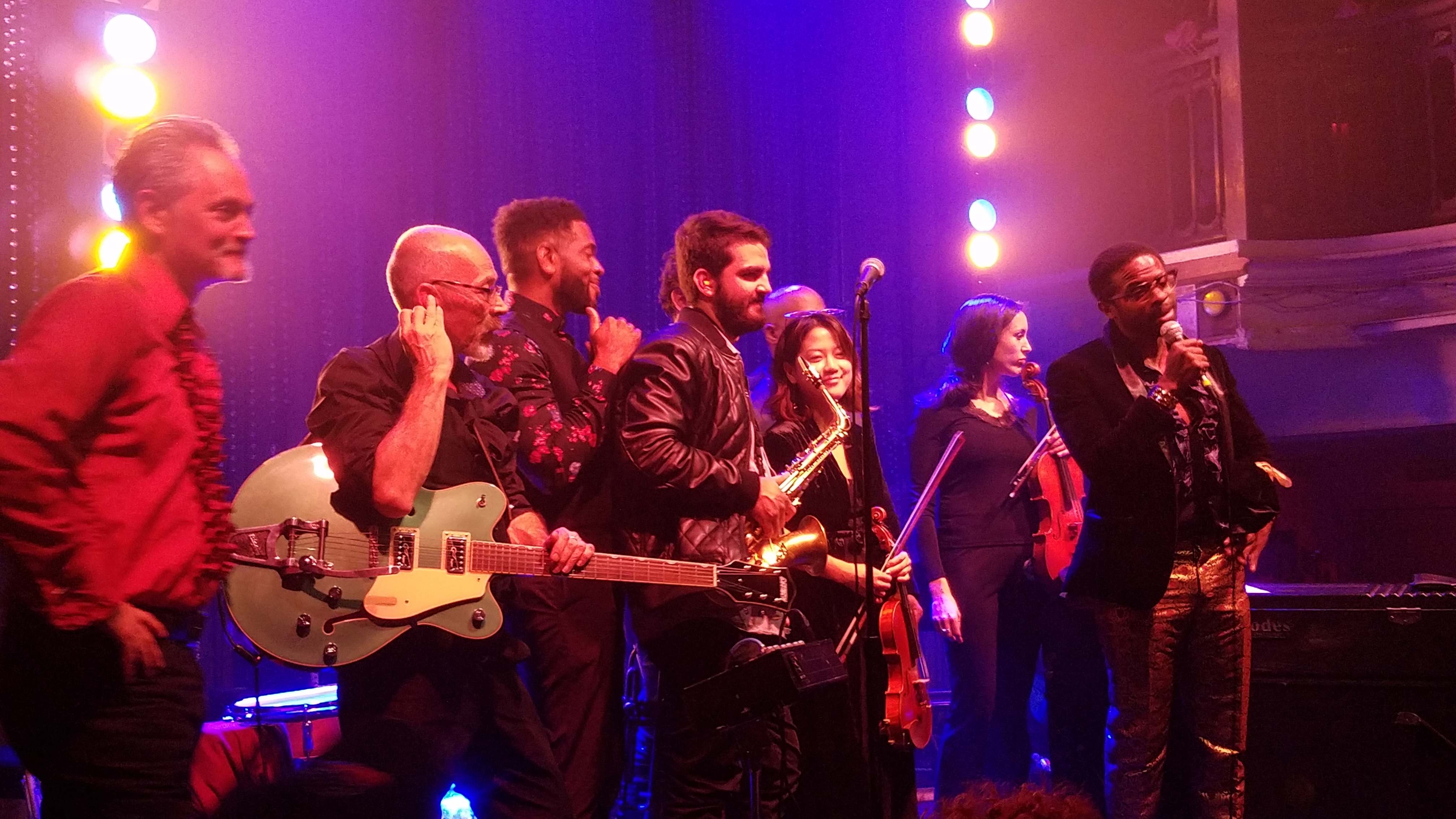 It’s been a longtime since I’ve caught a live musical performance that I really enjoyed and it’s been even longer that I’ve stepped out on a Wednesday night to catch one. But with an opening DJ lineup that consist of DJ Junior and David Adams and headliners The Midnight Hour, it was a no brainer to pull myself off of the couch to venture out into the cold. As Adrian Younge stated when he opened the show and asked “is Philly in the house!?”, he thanked everyone for coming out and he knows that people have work the following day and it’s hard to get baby sitters, but the city packed it in at Johnny Brenda’s to get a taste of something amazing and most definitely memorable. If you’re not familiar with The Midnight Hour, it’s the brainchild of Adrian Younge and Ali Shaheed Muhammad who composed cinematic works and took it on tour with a full orchestra. With a 10-piece set up on stage, the non existent curtains opened and it was show time!

Going from song to song with very little filler time in between, this was one of the most put together  shows that I’ve ever seen.  It was a well thought out routine with an air of freedom and each musician getting their due shine at every moment but there was definitely something special about the drummer. They say the drums are the backbone of the band and boy, was he banging it out! Whoever mic’d his set did a great job and you really felt every hit of the sticks and the kick. I’ve known and worked with Adrian Younge since the Black Dynamite era and having DJ’d the Tribeca Film Festival screening of the film, hosting and DJ’ing the soundtrack release party and as opening DJ for their early Black Dynamite Orchestra New York show and it’s amazing to see how his style and vision of the music has grown into what is purely him and very unique. The Midnight Hour is a highly recommended show that’s currently touring and well worth going out any night of the week.  If you love good music, performed with passion and unlike anything else, this is for you.