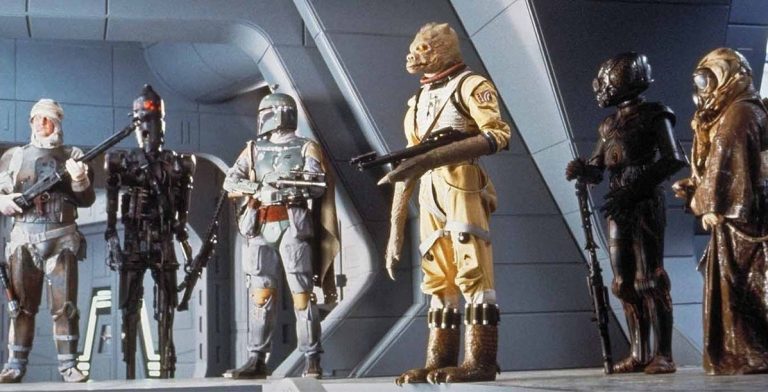 The bounty hunter has always been amongst the favorite types of characters within the Star Wars universe with Boba Fett often times leading the popularity contest. Recently announced an “confirmed” by Jon Favreau, the new Star Wars: The Mandalorian series is in the works for a 2019 release via Disney’s streaming service. Via Favreau’s IG account was posted an image of the assassin droid IG-88 who was previously suspected to be in the series now looks like he will in fact be in it alongside Bossk, another favorite.

We’ve long waited for a bounty hunter series so hopefully this will be a great series that makes it’s way to the screen.