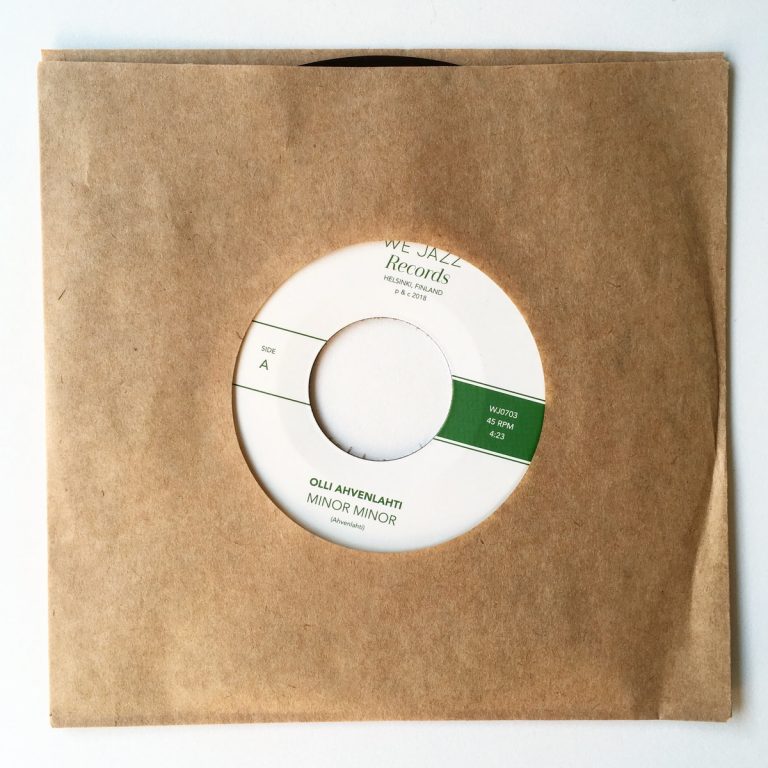 Jazz 45 heat alert on this double A-side slice on the We Jazz Records label out of one of our favorite places, Helsinki, Finland. The A-side features the track “Minor Minor” from legend Olli Ahvenlahti originally featured on his “Thinking, Whistling” LP released back in 2017. The flip side features a beautiful rendition of same track by drummer-producer Teppo Mäkynen under his non de plume of The Stance Brothers who we’ve featured previously here at Nostalgia King.