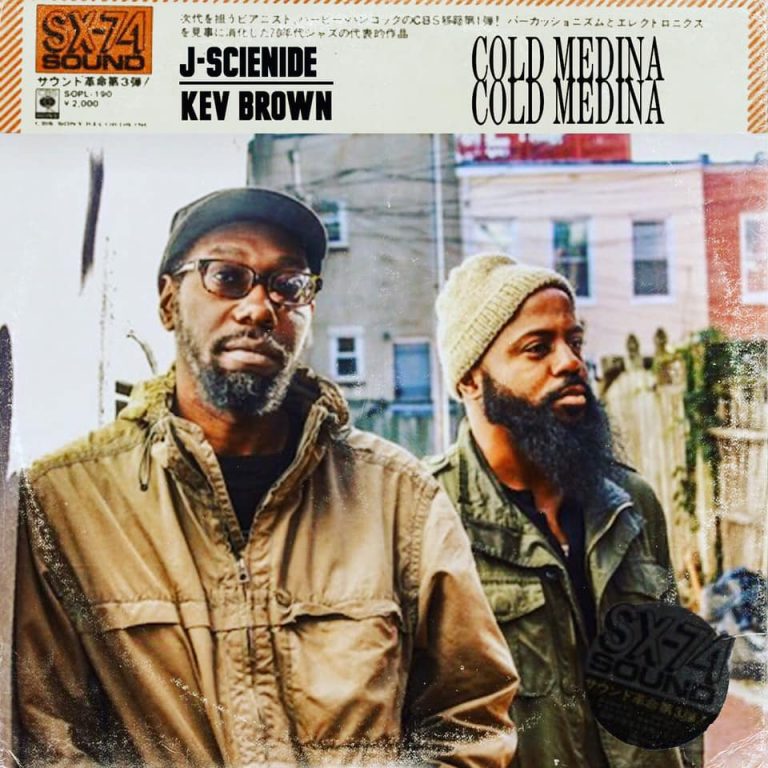 From time to time we review things that we believe would ultimately be over people’s heads so we have to break it down in layman’s terms to explain why it’s such a necessary release. Then other times, the topic at hand is just a no f*cking brainer why you should be digging it. But there’s one thing thats for sure, we don’t review filler and fluff wasting your time or money just for the sake of you reading what we have to say.

With that being said, this rap shit is in a weird state and has been for a minute but there has always been handful of joints out at any given time to help bring balance to the disorder and chaos of the music world which is definitely the case with the upcoming new album featuring the pairing of two names that should be on your radar, J-Scienide and Kev Brown.  Both men who share production and emcee duties recently announced they would be working together on their full length “Drum Machine / Tape Cassette” album and they’ve just debuted the lead single “Cold Medina” which is just what we needed to hear.

Stay tuned for more leaks from the project but in the meantime and in between time, peep Cold Medina.