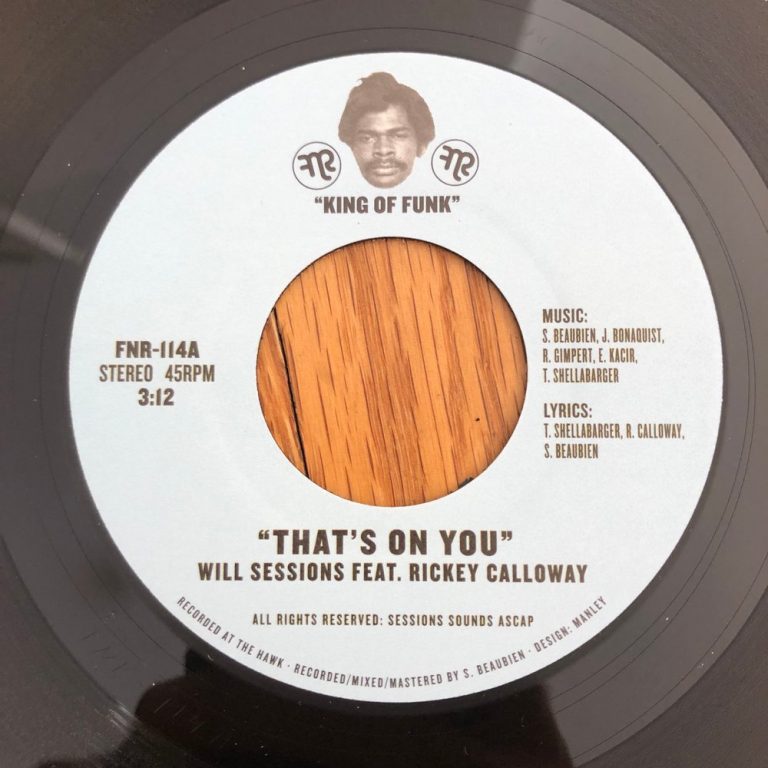 Will Sessions ft. Rickey Calloway – That’s On You

It’s seem like not so long ago that I was riding in the car in Detroit with Funk Night Records label owner, Frank Raines as he was previewing some upcoming releases that would eventually make it’s way to 45. That was just about a year ago and one of the standout cuts that Frank played came by way of Will Sessions featuring Rickey Calloway with “That’s On You” with instrumental on the flip. At first listen, the track feels like a scene from a Blaxploitaiton score teaching a life’s lesson of trials and tribulations. When it comes to pairings, Will Sessions and Rickey Calloway always deliver top notch tunes weather it be  uptempo funk burners or gritty deep soul, that Detroit sound always stands tall.