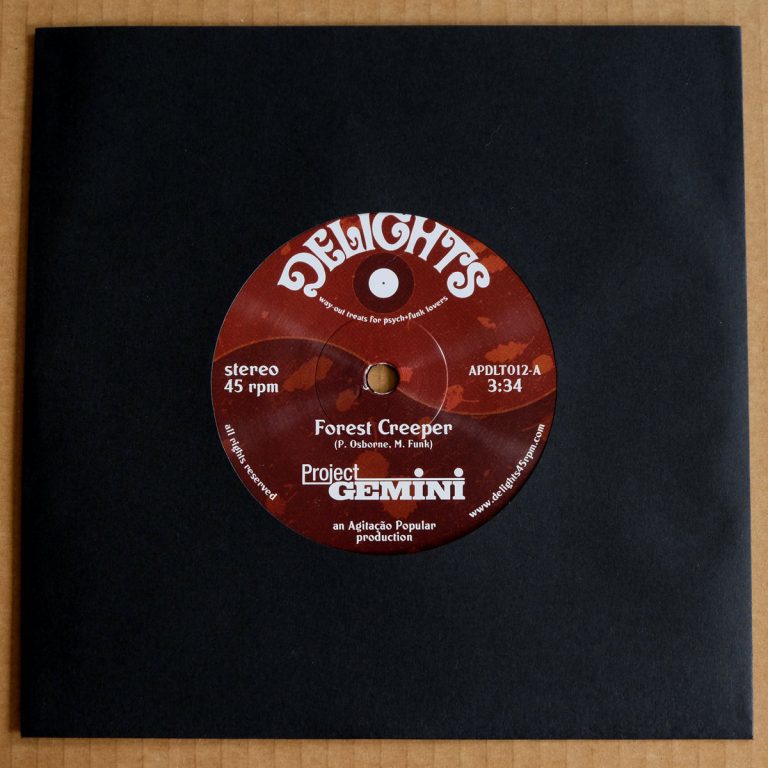 The Delights label is one that always seems to simmer on slow cook mode before the pot bubbles over and spills something so well planned out that always hits the spot and their latest release is no different. The sound is exactly what we would expect from a label that’s really made it’s name and carved out a piece of the puzzle which cross branches modern psychedelics, Library cinematics and heavy grooves.

After years of brewing in a kaleidoscopic, fairytale woodland, Project Gemini – the brainchild of musician, producer and music journalist Paul Osborne – is finally coming out of its hideout! Its debut release, recorded at Osborne’s Gardens End studio in West London, ticks all the boxes for what Delights label is about: a mixture of otherworldly electronics and fuzzed-out guitars, riding upon a sinister groove and sharp funky drums (provided by the prolific Haifa-based producer Shuzin). With the label’s head confectioner, Markey Funk, on the lead keys and production duties, the new 45 is a spooky cinematic psych-funk double-sider.