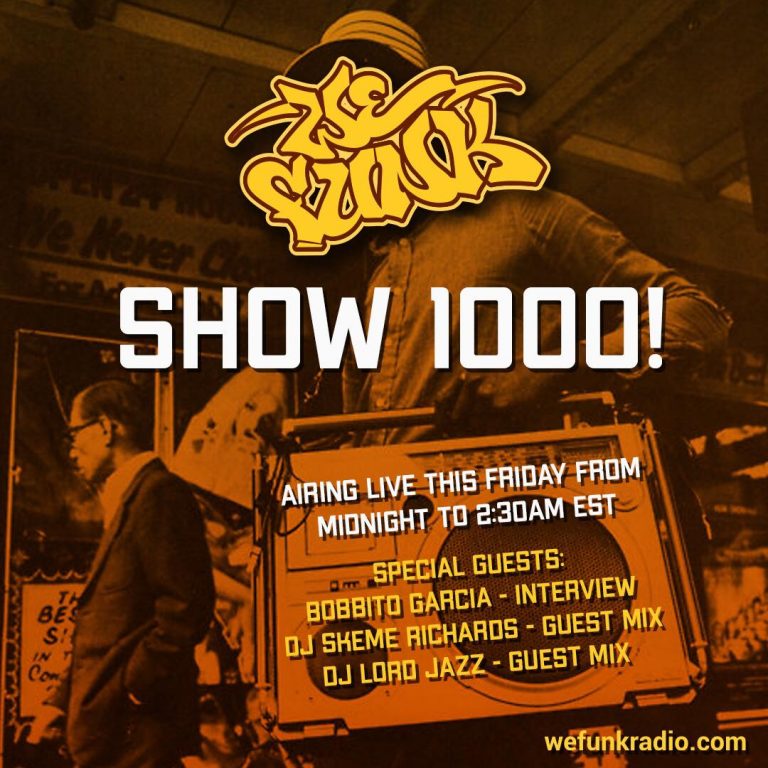 This Friday night marks the 1000th episode of the long running WEFUNK Radio show by Canada’s own, Professor Groove and DJ Static. The Montreal duo first debuted their weekly radio mix-show back in 1996 which featured the best Hip Hop, Funk & Soul, both newly released as well as classic gems. For years they’ve been the go to source for what was fresh and nothings changed.

Since this is a monumental moment in radio history for the duo, they’ve put together a special show which will be airing live Friday night with special guests Bobbito Garcia (interview), DJ Lord Jazz (Lords of The Underground) and myself who will both be doing guest DJ sets. For my set, I’ve pulled out some great, newly released vinyl pieces that I’ve picked up recently as well as a few classic gems to work into the mix. As a DJ, breaking records has always been important and what better way to showcase whats new than on an influential show like WEFUNK Radio!?

The show airs live this Friday night 12am-230am on wefunkradio.com 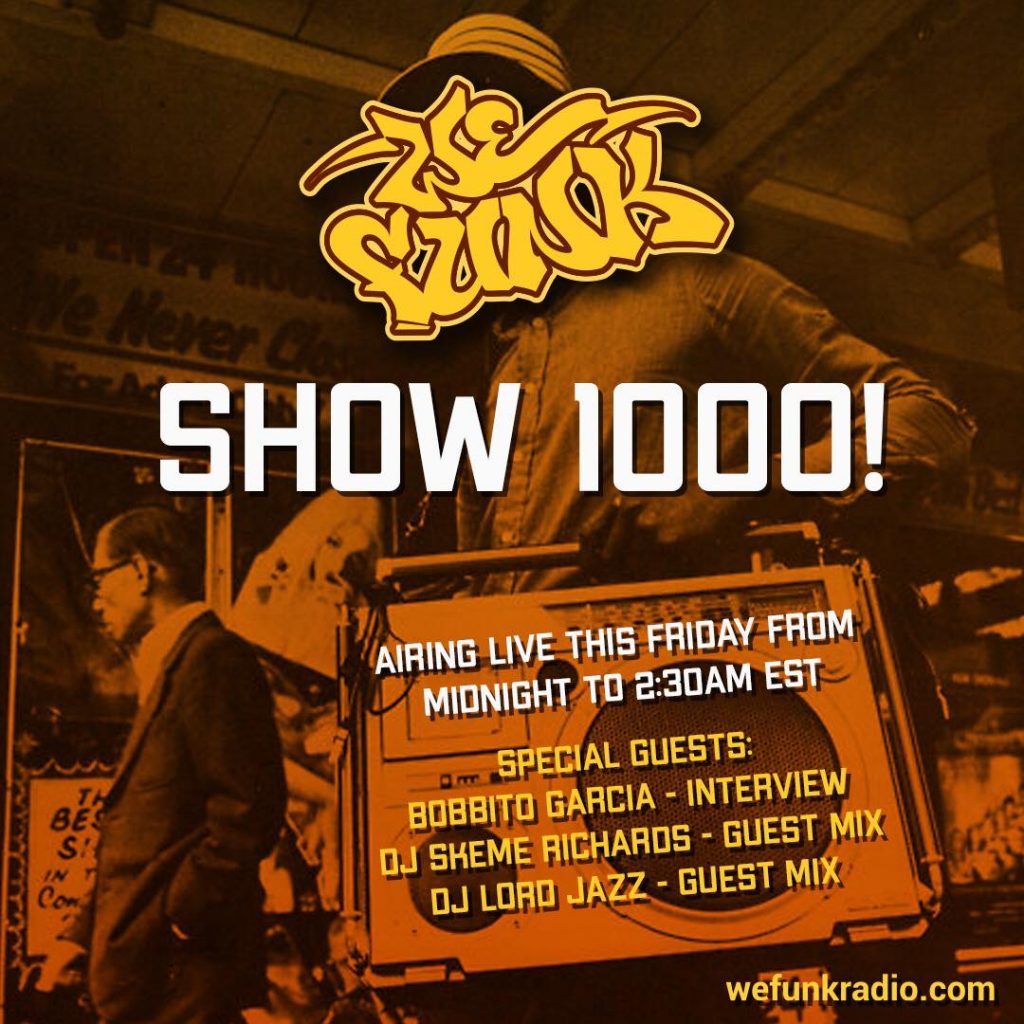