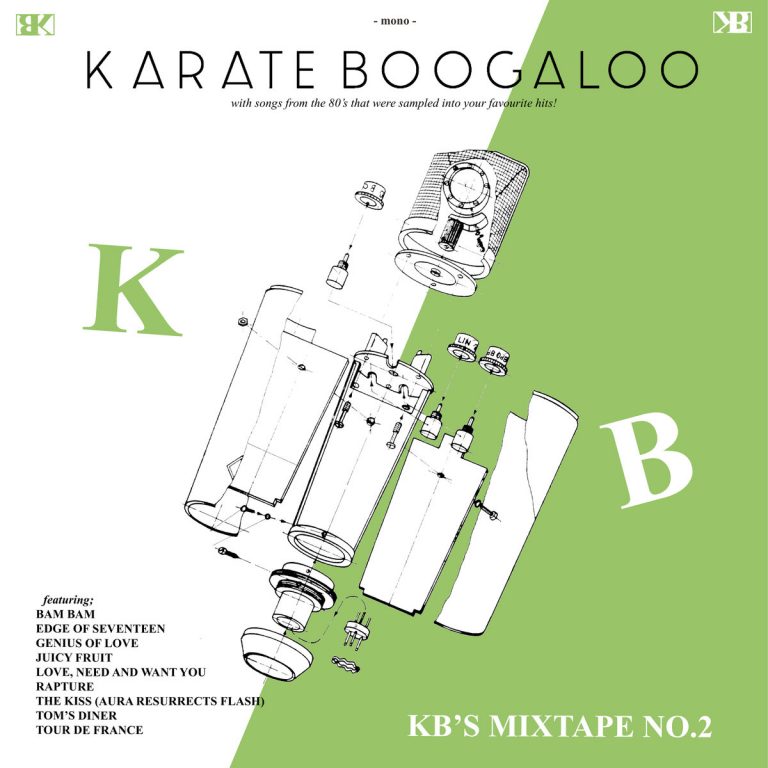 Creatively crafted cover versions to classic tunes are never an easy thing to pull off especially when adding the slight twist to make them uniquely your own but over the last few years, we’ve seen it done rather correctly. With bands taking extra care and pride in their projects while keeping true to the songs original form, these tunes have brought new life to old favorites with connecting the past with the present for a new generation to dig and discover. The latest and highly anticipated release from Melbourne Australia’s Karate Boogaloo is the second installment in their series of tough covers which brings some of our favorites across varying genres but all very familiar and some unexpected.

While volume 1 focused on collection of interpretations of hip hop samples, “KB’s Mixtape No. 2” go to the opposite end of the spectrum with songs from the 80’s that were sampled into your favourite hits. Songs by Blondie, Kraftwerk, Patti LaBelle & Stevie Nicks sampled by artists such as Destiny’s Child, Kanye West, Jay Z, Mariah Carey & Warren G, all flipped and twisted in Karate Boogaloo’s unique way.

KB consistently sit in their own lane – their combination of raw musicianship and sheer time on the clock playing together in the studio and on stage gives them a glowing presence rarely seen. Making records, they follow their own rules; recording and mixing on tape with no plugins and no edits, releasing exclusively in mono. It’s not about anachronism, it’s about the KB manifesto: a chosen set of limitations forcing a specific outcome, an outcome best appreciated through their “KB’s Mixtape” series of LPs.