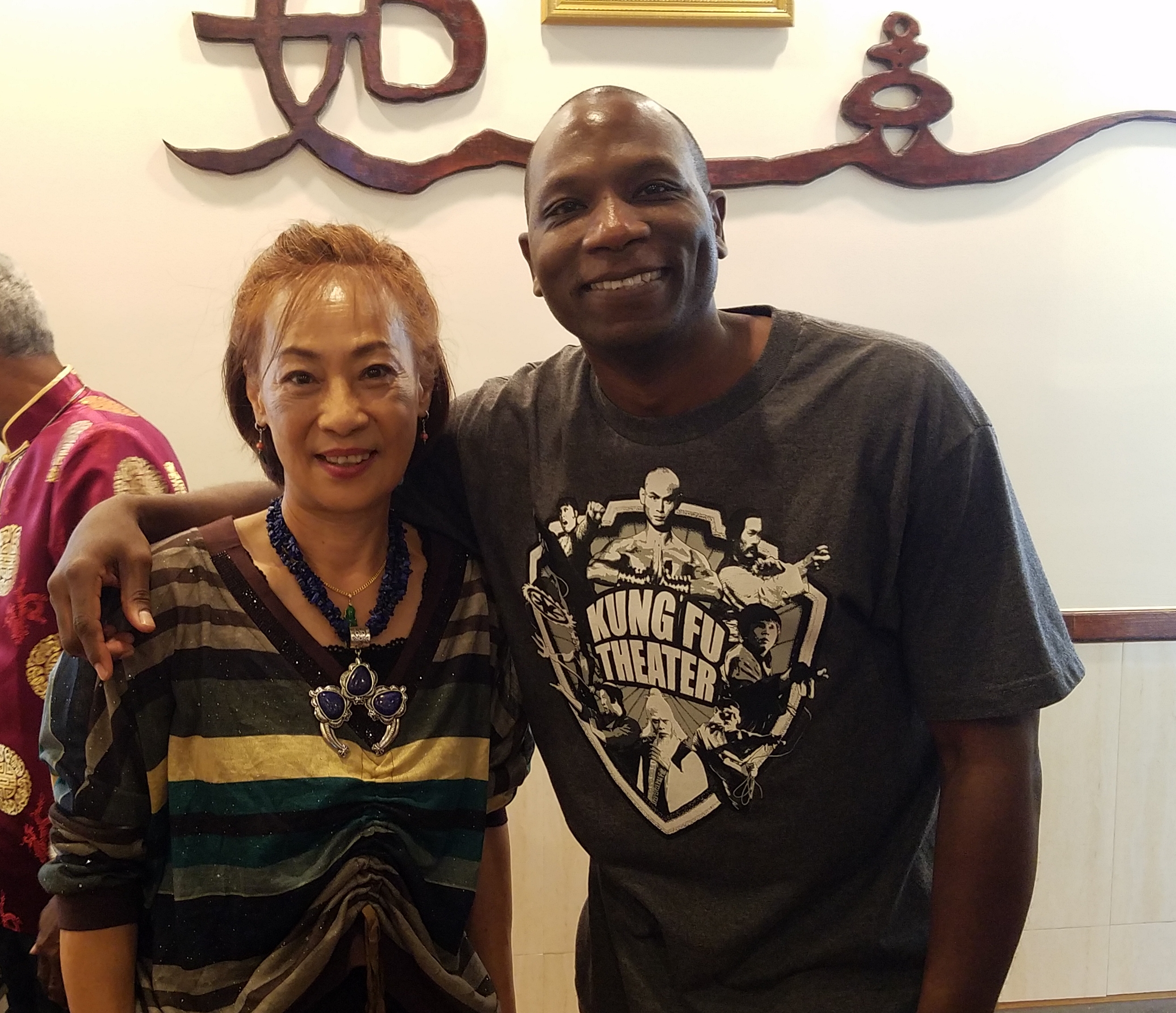 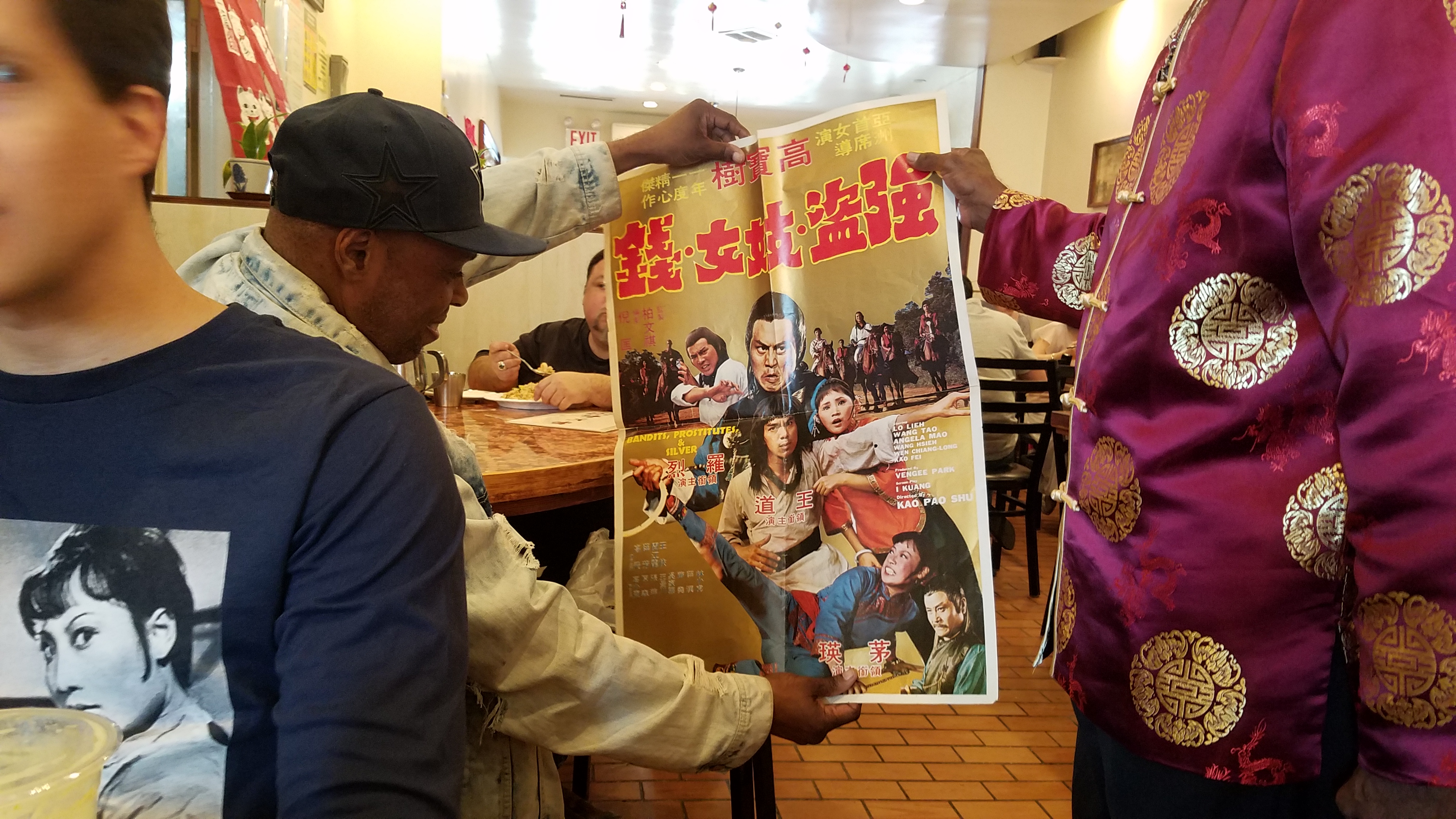 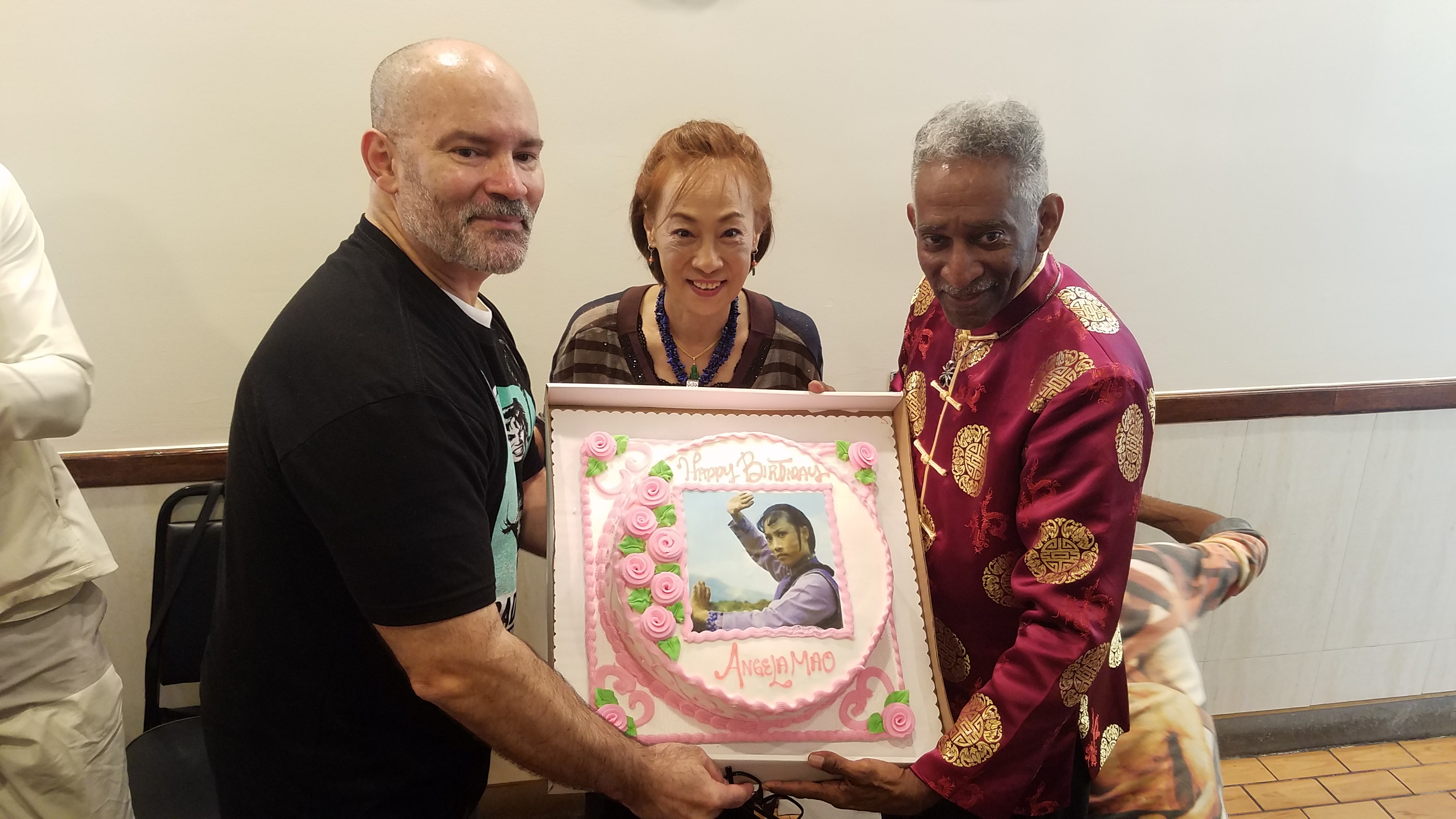 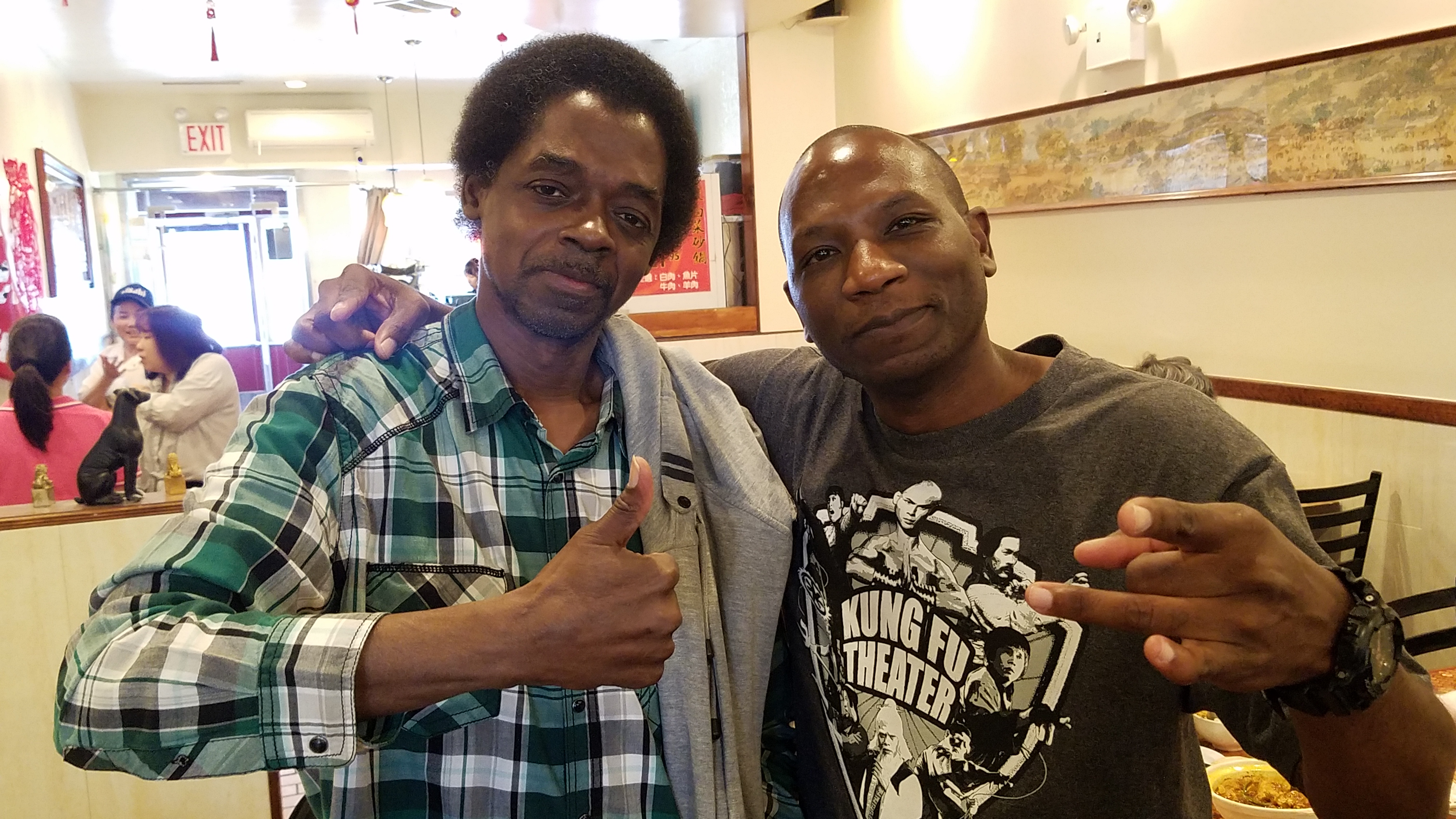 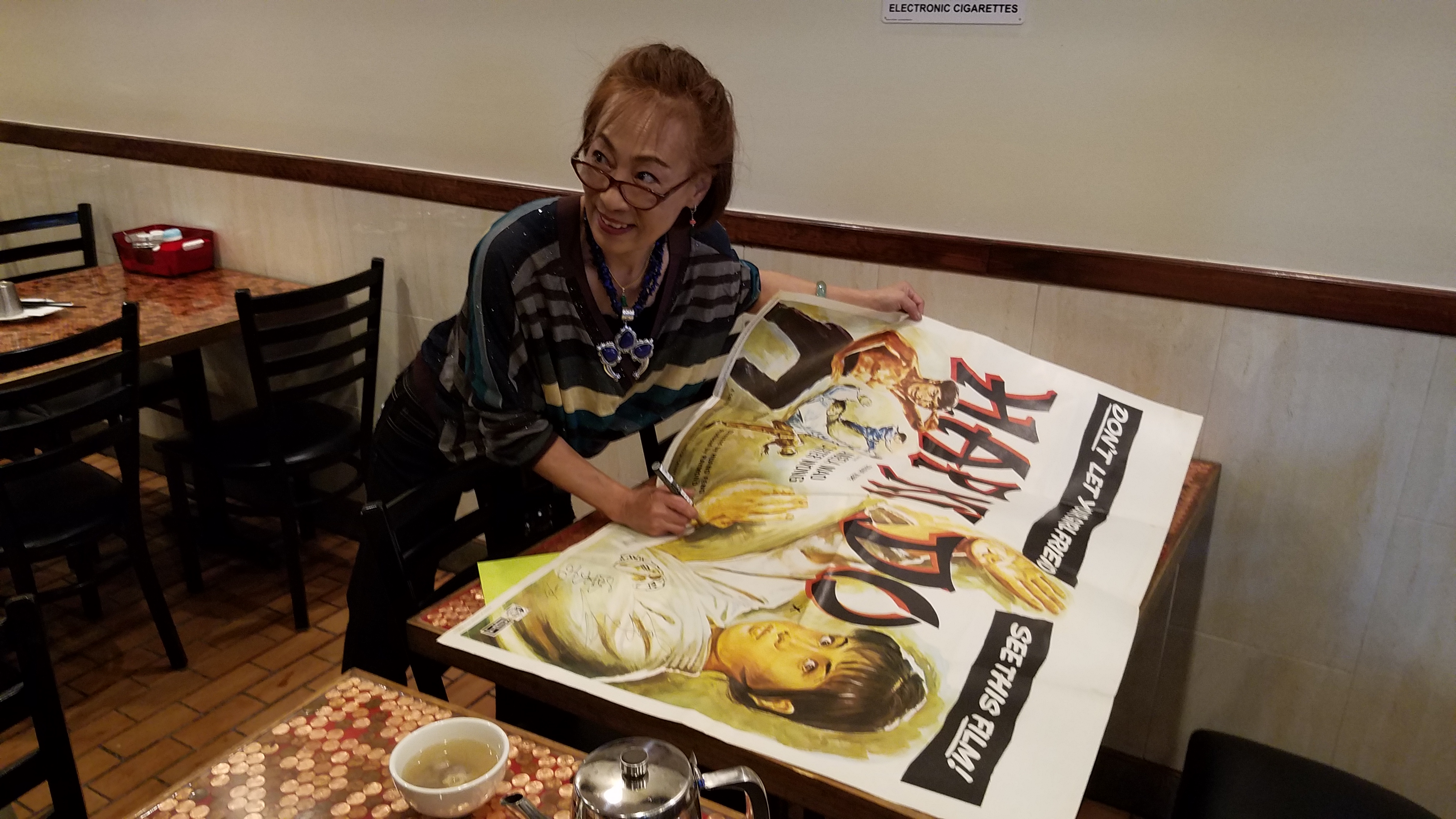 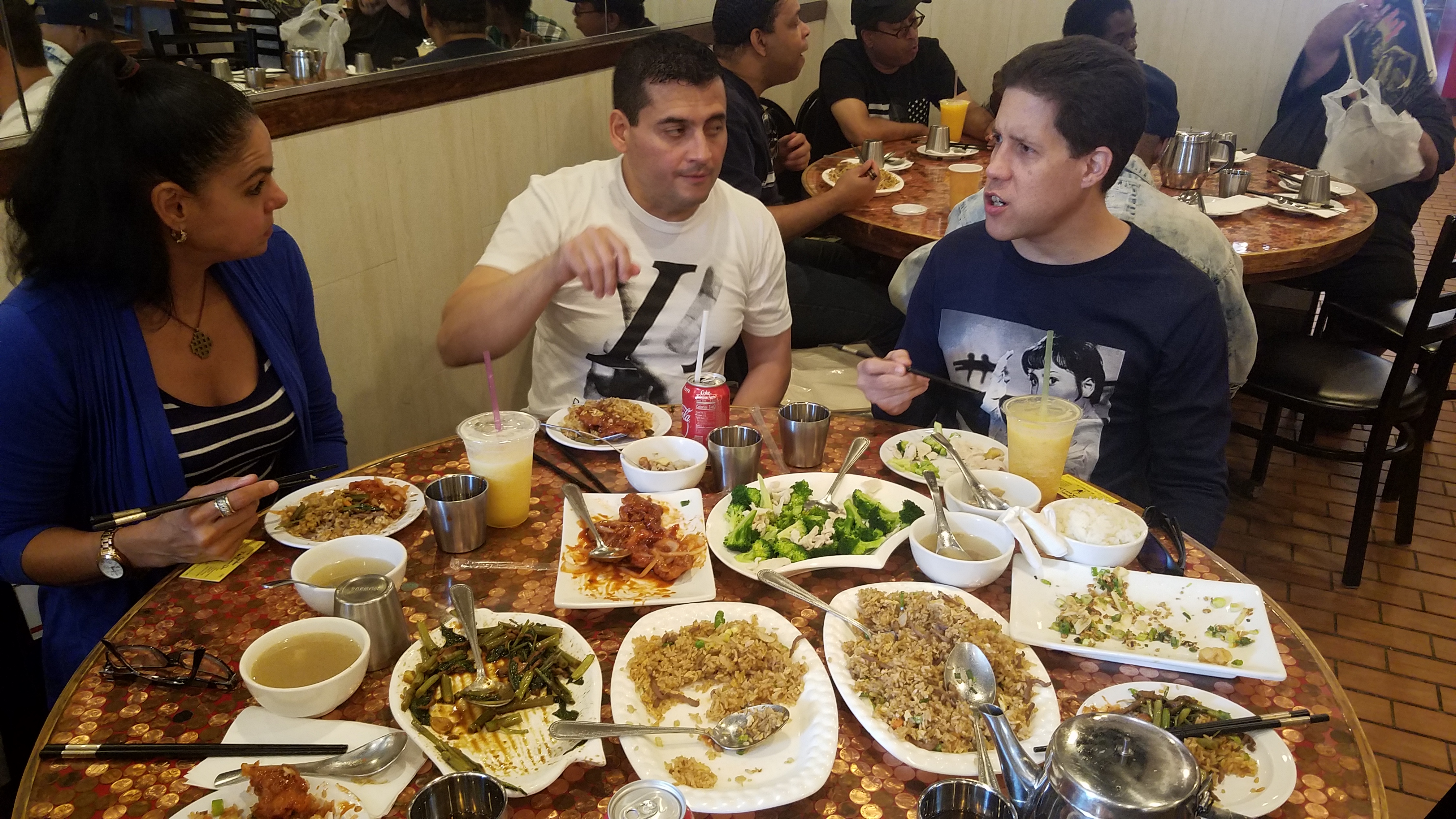 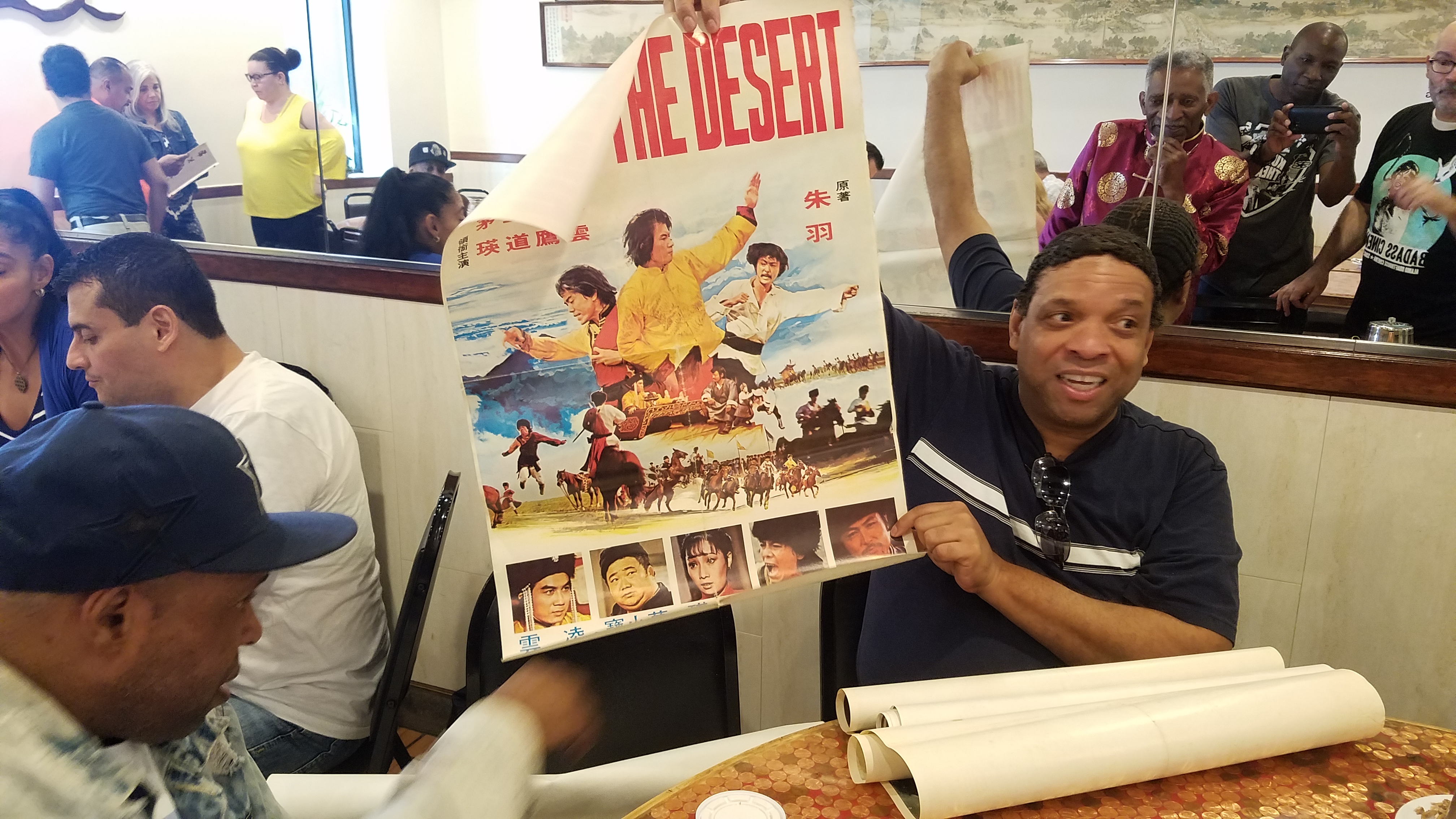 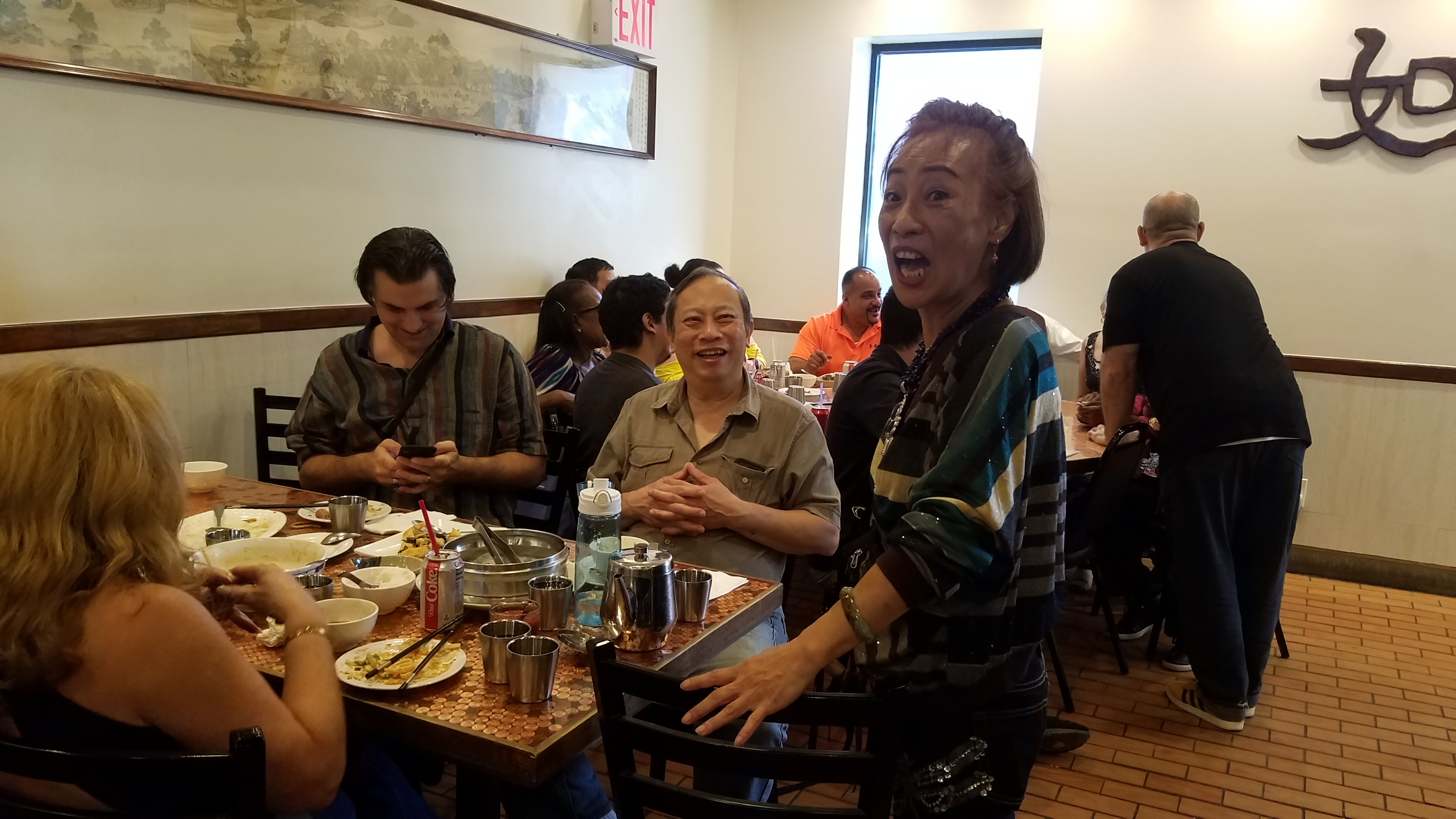 This past Saturday I had the pleasure of joining a handful of my fellow Kung Fu film lovers and memorabilia collectors as we celebrated by throwing our friend,  the queen of Kung Fu, Angela Mao a birthday party. Organized by Bruce Lee super collector and historian, Hector Martinez, a group of 20+ all met for lunch enjoying a Taiwanese feast while showing off pieces from our collections while Angela Mao pointed out facts and told stories relating to pieces as well as her appearances in her movies.  If you’re not familiar with her many films as the leading lady, then you should check out Hap Ki Do aka Lady Kung Fu, Lady Whirlwind aka Deep Thrust, Deadly China Doll, Thunderbolt and of course Bruce Lee’s Enter The Dragon where she played the role of Lee’s sister.

Another highlight of course is sharing stories with fellow collectors who have deep history in collecting and were going to the theaters in the 70’s and 80’s to watch Kung Fu films as well as hitting mom and pop video stores in New York’s Chinatown to buy tapes, posters and eventually when stores and theaters were closing down, going in and digging for all that was left to add to their collections. Of course the discussion of the the legendary hangout 43rd Chamber where VHS collectors would shop and hang out came into the mix. Stories that have circulated for years about when Quentin Tarantino used to stop in looking for certain flicks and posters or how Samuel L. Jackson would come in looking for Sonny Chiba movies.

One of the mytical characters that I’m always interested in hearing stories about is the legendary DJ, Whiz Kid who was a crazy collector early on yet not much is known about him. Peep the feature I previously did on him here https://nostalgiaking.com/2017/04/24/dj-whiz-kid-remembered/.  As a Hip Hop DJ, Whiz is rarely mentioned but was way ahead of his time and better than most others who became notable names in NY DJ history. While in conversation with heavy collector Golden Harvest Greg, he told me about his initial meeting with Whiz as well as how their friendship grew through collecting but that’s for another day and time to tell the story.

It was definitely a great weekend with friends and of course celebrating the 69th birthday of Ms. Mao.