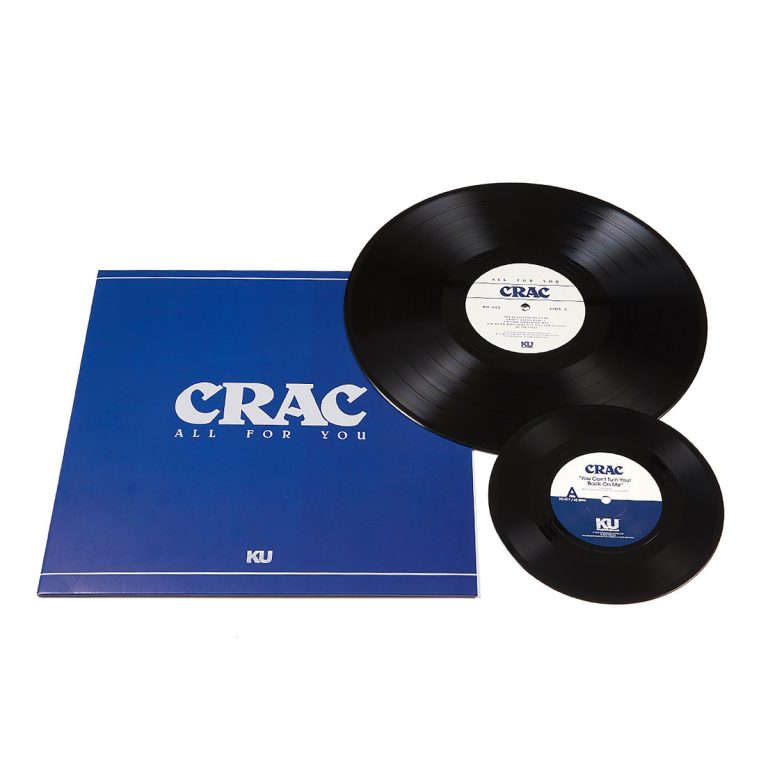 What goes around often times comes back around to be reintroduced to those that may have forgotten, while being something completely new to others who are now just digging into new sound territory. There have been quite a few labels over the last several years who have done just that, brought something back that may fly under the radar and present it in a new refreshing way.  Such is the case with he upcoming King Underground reissue of, “All For You” from Syracuse, NY band CRAC who deliver a crossover mix of mellow jazzy soul, AOR, and hints of yacht rock, R&B, and uptempo funk to form a well rounded album with wide appeal.

The band C.R.A.C. was formed in 1974 by bassist/vocalist Rick Cua, drummer Tommy Roz- zano, keyboardist Larry Arlotta, and lead singer/percussionist Ricky Chisholm. Their name is an acronym for the founding members’ last names. Playing mostly popular covers, the band’s main gig was four nights a week at a Syracuse, NY club called Big Daddy’s. It didn’t take long before Big Daddy’s was packed whenever C.R.A.C. was there.

Drawing inspiration from other bands in their genre, their passion for music, and the success of their first radio single, “Of The Lites,” they continued to add to their repertoire of songs written by members of the band. Fresh off the high of their radio debut, they added two new members: guitarist Ronnie DeRollo and singer/percussionist Duane “Spoon” Walker. C.R.A.C., or as they became known at this time, CRAC, continued on their upward trajectory as one of New York’s premier funk and R&B bands.

It’s been quite some years since their 1980 release, 45 to be exact which is the perfect amount of time for it to blossom and mature to fit a sound that’s become rather popular in both the collectors scene as well as clubs with DJ’s digging deeper into their crates to fill dance floors. Going the extra mile and making things sweeter with this release, the first 300 copies of the new package come with a bonus seven-inch, including two previously unreleased songs. Packing features a silver foil printed cover along with a printed inner sleeve and unseen band photos.