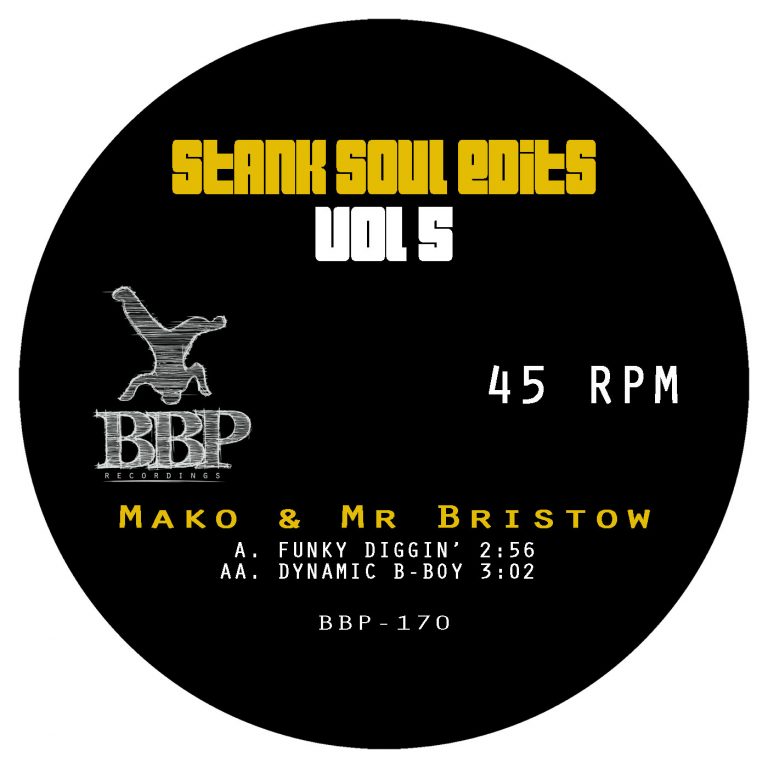 You’ve just got to love when someone goes the extra mile to do more to a record than just an “edit” but actually take something obscure or downright not funky at all and totally dissect it to give it new life and something that will actually work on the dance floor.  That’s exactly what the duo of Mako & Mr Bristow did on their latest 7″ in their Stank Soul Edits series, take something and turn it into something entirely new and making things all click together in sync. With “Funky Diggin'”, they pay homage to the diggers of the world with a 70’s soul-rock flip that tells the tale of a man who obviously works the 9 to 5 with a boss that watches over top of him but he would much rather be diggin’ for a living which I’m sure many of us can relate on. It’s hard to say which parts of the original were used outside of the vocals but it’s obvious that these guys dug extra deep and put some time in the lab to totally recreate this gem that’s well worth your listening time.

On the flip side, they takes back to the park jams with “Dynamic B-Boy” and bring us big drums, organ grooves, classic latin bongos and soul vocals that makes this more than just a break beat tune but a full fledge single that could get play at your local social club as well as major dance competition that seems to be taking over the breakin’ scene at the moment. Either way, this is a 2-for-1 special that Mako & Mr Bristow have cranked out and a very nice addition to their Stank Soul Edits series.