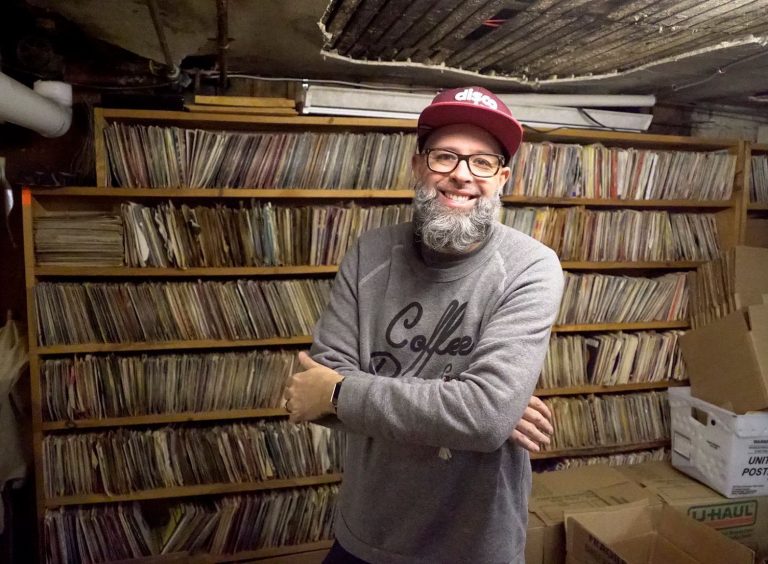 When people ask me about my favorite people in the DJ world, it never consists of the famous or cool kid club DJ’s that seems to make everyones list based on popularity. My list always consists of those who I’ve seen play sets night in and night out that are each different than the previous night and caters to the crowd in attendance. The list 100% of the time showcases DJ’s that actually break records, both new and old and never stick to the “classics” to make their jobs easier. In a sense, it’s actually harder to play records that the crowd might not necessarily be familiar with but are just as good if not better than what’s flooded DJ’s top 1990’s playlists that seems to get heard a lot.

One of the DJ’s who I would not only call a friend but a brother is definitely a hard worker when it comes to his crafts. Pulling double duty as graphic designer and DJ which connects his visual aesthetic to the sounds you are most likely to hear on any given night, DJ Prestige is a rarity amongst a playing field of commons. Owner of the Flea Market Funk site which functions in the same way as we do here at Nostalgia King by providing you with reviews of the latest vinyl releases in the sound spectrum of Funk, Soul, Jazz, Disco, Afro and beyond, it’s s safe to say that Prestige has his ears to the groove and knows what it takes to make you move.

DJ Prestige was recently featured in a mini documentary simply called “The Hustle Is Real” which focuses on the life a working class DJ (like many of us without management) and what it takes on a daily basis to keep his business going, spending as little as possible on great records, deflecting the typical partygoer requests and of course being a family man. It’s not easy and this life isn’t for everyone, but for Prestige, this is what he knows and what he’s always done so there is no win or lose, it’s simply win, and win again.  Peep The Hustle Is Real (http://www.thomasdraudt.com/hustle/)  which was filmed by Thomas Draudt then catch DJ Prestige at anyone of his gigs in the New York and New Jersey which includes Ace Hotel NYC and the SHAKE party out in Brooklyn.