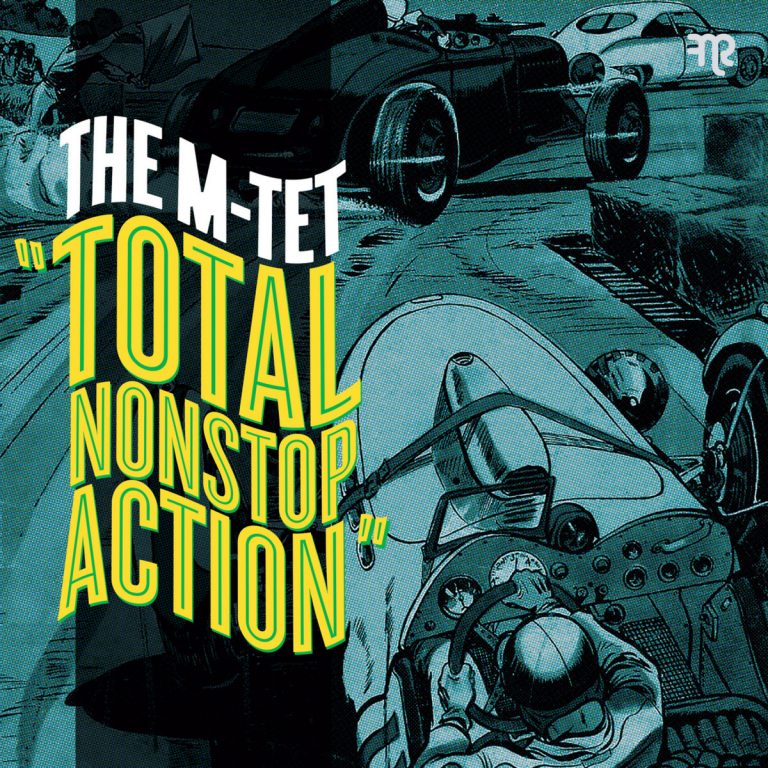 It’s been quite a wait for the upcoming “Total Nonstop Action” LP by The M-Tet to be released but our mouths have been watering and ears twitching with excitement after savoring the taste of two previously released 45’s on the Funk Night Records label that have remained in constant rotation. It’s not easy to record a full length and keep the attention of listeners especially when an artists sound continues to evolve from what we’ve originally heard them as. But when it comes to The M-Tet, that’s pretty much what we’ve expected and they continue to get better with each release, yet never losing their foundation of heavy grooves.

“Growth is a slippery slope for musicians. Once you’ve become established for a sound and style, the expectation to adhere to what put you where you are looms overhead at every writing session, rehearsal and show. Purists for Meters-style funk would probably scoff at a band suddenly rolling out Yamaha DX-7s and double neck guitars, no matter how stank the groove. But then there’s the musician’s inner itch for exploration, experimentation and expansion that keeps the process that much more exciting at a time where most of us won’t reach higher tax brackets through music. The incentive to keep going is growth. But perhaps the most difficult feat is straddling the line – to grow and build upon a trademark sound while managing to not alienate a core audience. Bay Area funk quartet, The M-Tet, manage to pull off the ever elusive option C on their sophomore long-player, Total NonStop Action. ”

“Total Nonstop Action” is packed with 10 cuts of goodness that makes for a very cohesive listen from start to finish in a way that makes LP’s like this, most enjoyable.