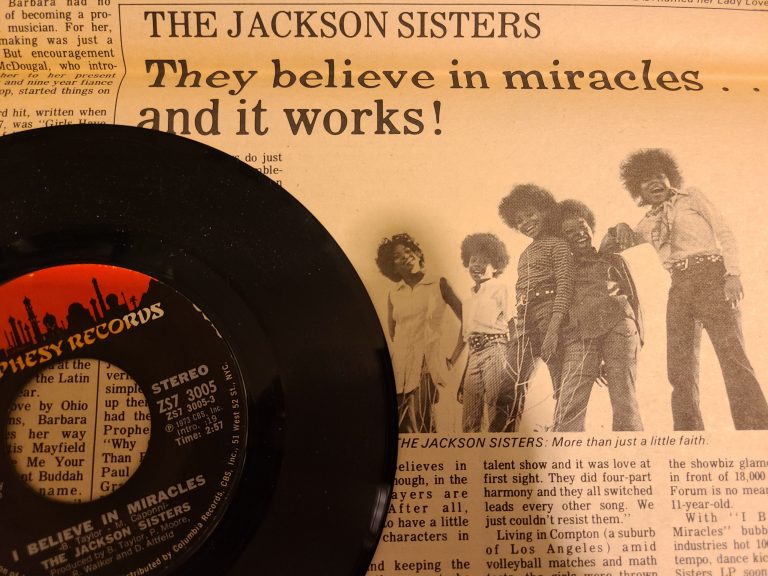 The Jackson Sisters – I Believe In Miracles

Going through a stack of some vintage articles that I had stored away and rereading a few that I had completely forgotten about. One of the first that I picked up featured The Jackson Sisters who recorded the dance floor classic “I Believe In Miracles which has been remained a dance floor staple on the funk & soul scene for years.

The Jackson Sisters were Jacqueline Jackson-Rencher, Lyn Jackson, Pat Jackson, Rae Jackson and Gennie Jackson. They recorded material for the Tiger Lily Records label, obtaining some modest success in the 1970s. However the group really came into their own nearly a decade later, following the emergence of the rare groove scene in the UK. Many of their songs were written by Johnny Bristol. “I Believe in Miracles”, their hit song, was written and originally recorded by Mark Capanni in 1973. The track reached #72 in the UK Singles Chart in June 1987. 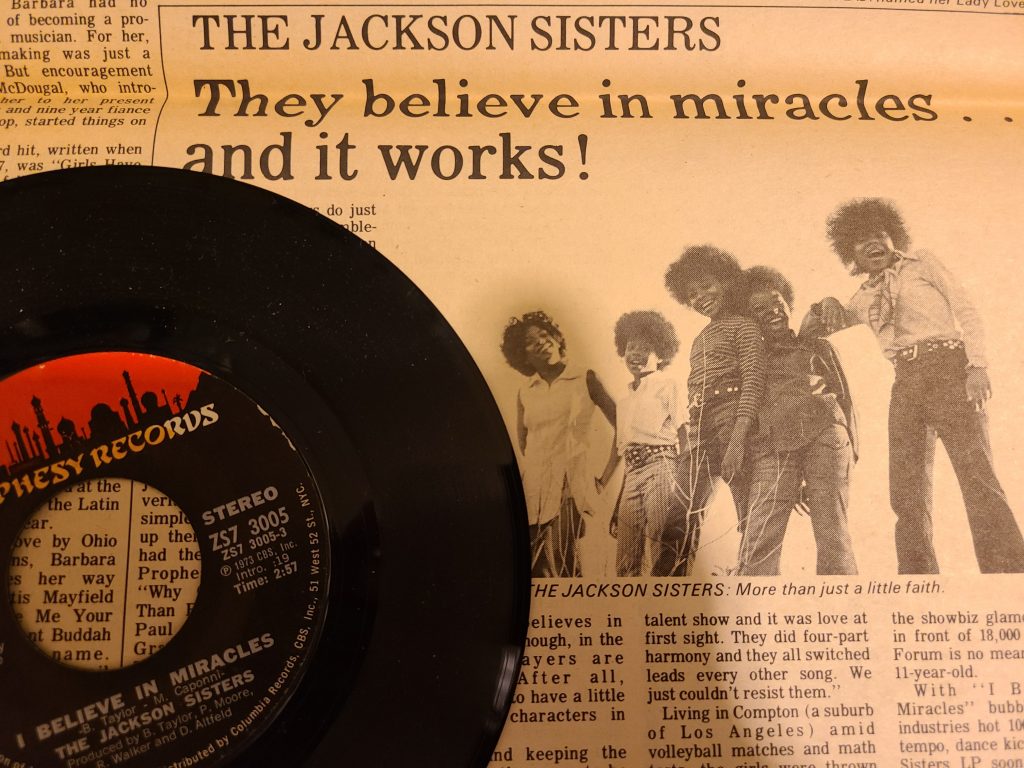