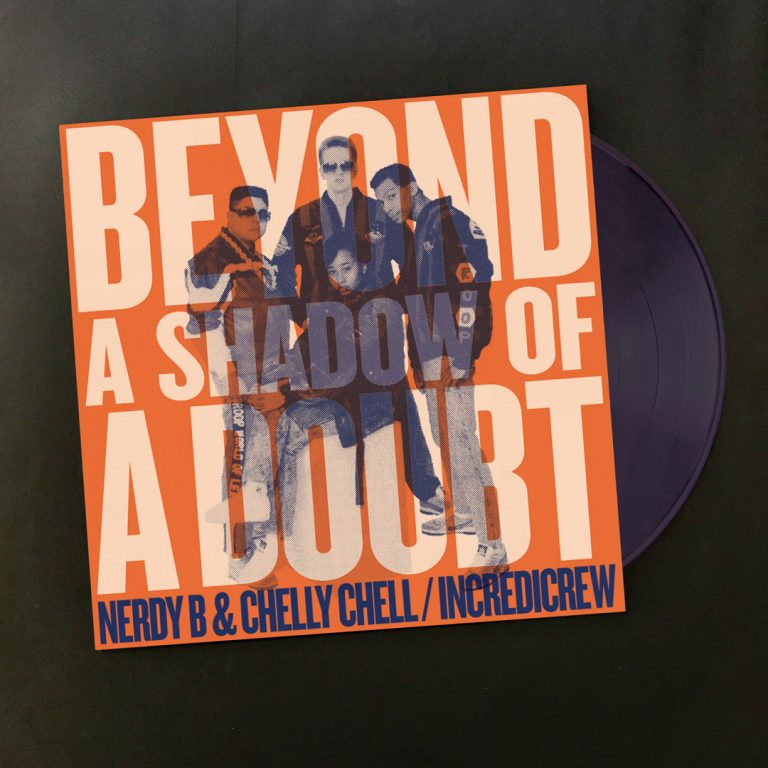 With the announcements of previously unreleased projects from years past, our eyes and ears both open wide in anticipation of hearing something that deserved a proper released at time of recording, but is very much welcomed in the present to connect the dots from old to new. The latest release, one that was totally unexpected but not surprising since my brother Supreme La Rock was involved, gives us a taste of that 1988 flavor that we definitely miss!

“Crane City Music is proud to partner with Gemini/P.I.G./Ever Rap Records to present Beyond A Shadow Of A Doubt by Nerdy B & Chelly Chell w/ Incredicrew. Beyond A Shadow Of A Doubt was recorded in ’88 and ’89 here in Seattle by two young producers, Danny Dee Rock and CMT, who went by the name Incredicrew. They juxtaposed DJ Nerdy B’s fresh scratching with Chelly Chell’s clever rhyme delivery and the results are stunning. The four of them created true magic on this now available album, which has been lost to history for thirty-one years. Chelly Chell’s rap skill places her in the upper echelons of Seattle rap greats. Nerdy B’s furious scratching and cutting create a true hip hop soundscape. And Incredicrew brings the dope beats that the late 80’s were known for.”

This release will be SUPER DUPER POOPER SCOOPER limited with only 500 copies and pre sales available on Record Store Day.

Available for pre-order at https://cranecitymusic.com/product/beyond-a-shadow-of-a-doubt-by-nerdy-b-chelly-chell-w-incredicrew/

If you’re a subscriber, then you can hear the entire album exclusively streaming on http://nerve.fm/supremelarock