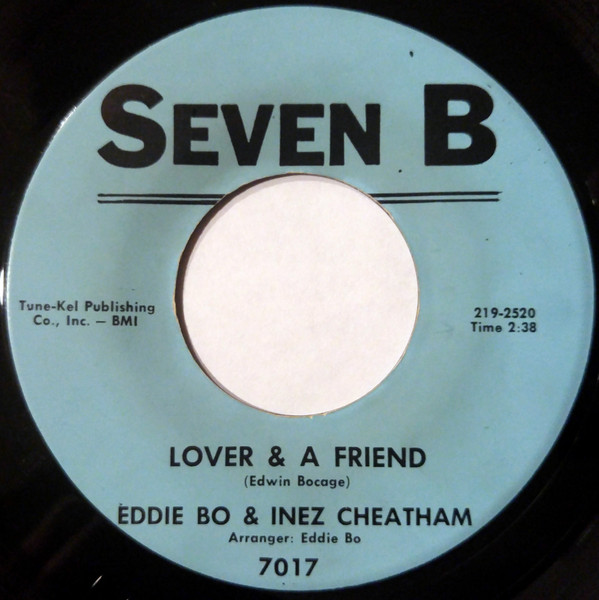 Yesterday marked the 90th birthday of legendary New Orleans singer, song writer, musician Eddie Bo who passed away back in 2009. Bo was schooled in jazz, he was known for his blues, soul and funk recordings, compositions, productions and arrangements. He debuted on Ace Records in 1955 and released more single records than anyone else in New Orleans other than Fats Domino.

Eddie Bo worked and recorded for more than 40 different record labels, including Ace, Apollo Records, Arrow, At Last, Blue-Jay, Bo-Sound, Checker, Chess, Cinderella, Nola, Ric (for which business his carpentry skills were used to build a studio), Scram, Seven B, and Swan. He is described at Allmusic as “a sorely underappreciated veteran of the New Orleans R&B scene.”

For the occasion, we’ve decided to run through a few of our favorite 45’s that her wrote or produced from his very large catalog that have filled out play boxes and filled dance floors world wide.