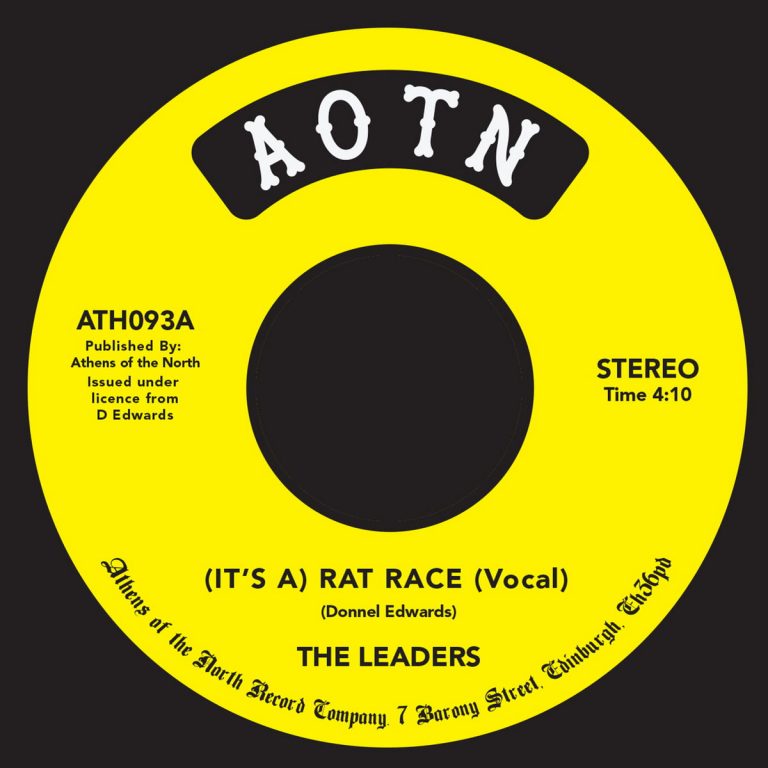 The Leaders – It’s A Rat Race

Another sure shot and very sought after Funk 45 get’s the reissue treatment from the folks over at Athens of The North who’ve dug deep once again. Not much needs to be said about it but those that know, know and those that don’t should get hipped.

“When we are talking deepunk classics, there are a few top records that come to mind, Salt, Soul Heart Transplant, Carleen & The Groovers, Eddie Bo.. Here we have one of those top echelon soul/funk masterpieces. Recorded at the legendary True Soul studios in Little Rock, AR in 1971 by the Leaders and written by Donell Edwards. The Leaders B side was played in the Early 2000s by DJs like Keb Darge and Ian Wright, weirdly the vocal never quite touched the northern scene probably due to rarity or being too funky for the ears at the time. The is funk royalty though, rare as can be and an excellent 2 sider.”