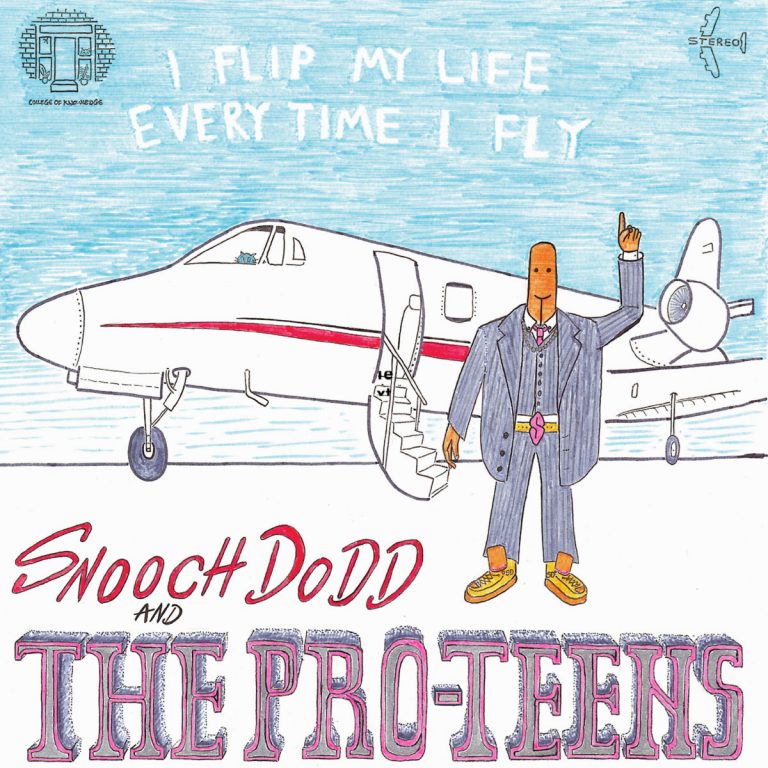 The Pro-Teens – I Flip My Life Every Time I Fly

I think it’s safe to say that there’s some going on over there in Melbourne, Australia with the bands and certain sounds and recordings that’s being released as of late and the upcoming “I Fly My Life Every Time I Fly” Lp from The Pro-Teens is a prime example. Consisting of a collection of professional teenagers from the Darebin area in Naarm (Melb, Aus). They indulge in Dorothy Ahsby, they delight in DOOM, they thrive on The Fabulous Three and postulate on Placebo. Their music reflects that. Utilising the Drum Set, Bass, Horn and many other freaky instruments, The Teens like to explore the gamut of sounds, grooves, moods and genres available. Influences alone, these guys are obviously on the right track when it comes to their music appreciation so it’s no wonder that this project is as solid as it is and gaining the praise that it does.

“One of the highlights of the years so far… a tripped out, psychedelic-funk masterpiece. Echoes of Japanese inspired funk, sit alongside classic Library music arrangements and cinematic scores, joined by some psych- folk-rock flavors and wonky synths, all combine with a hip-hop aesthetic. A real beauty!!!” – Gareth Stephens, Mr Bongo

“Symbolically led by keyboardist ‘Snooch Dodd’, ‘I Flip My Life Every Time I Fly’ marries the soul/funk roots of sample culture with the principles of boom-bap hip hop. In this regard, the music can be likened equally to MF DOOM, El Michels Affair, Curtis Mayfield’s film scores or the European library music of the 1970s. ”

The album was made on the lands of the Wurundjeri people of the Kulin nation. We acknowledge them as the traditional custodians of the land and pay our respects to their elders past, present and emerging. Always was, always will be, Aboriginal land.