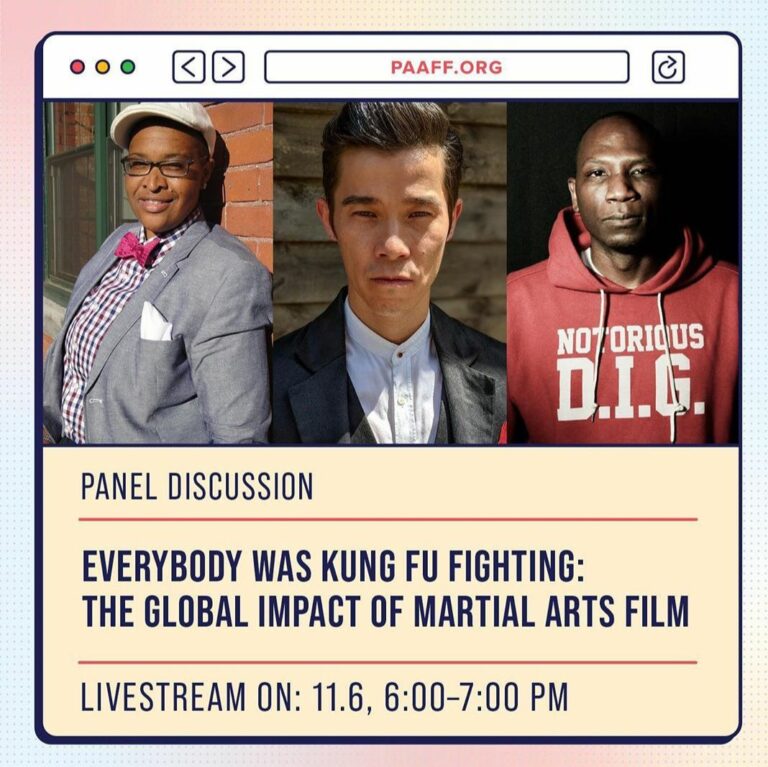 Everybody Was Kung Fu Fighting: The Global Impact Of Martial Arts Films

This Friday night, I have the pleasure of joining in on a panel discussion with the Philadelphia Asian American Film Festival on the topic, Everybody Was Kung Fu Fighting: The Global Impact of Martial Arts Films.  This year, I will be joining actor / director Jason Tobin, star of the Cinemax series, Warrior based on the writings of Bruce Lee. Tobin has appeared in over twenty films and television productions beginning with his breakout film Better Luck Tomorrow (2002) by Justin Lin. He stars as the main character Eddy Tsai in the Asian American “serial killer” film, Chink (2013, re-titled as #1 Serial Killer) directed by Stanley Yung. For his performance in Chink, Tobin won “Breakout Performance for an Actor” award at the 2013 Los Angeles Asian Pacific Film Festival. Tobin also received a “Best Actor – Dramatic” award at the 2015 Los Angeles Asian Pacific Film Festival for his performance in the film Jasmine (2015).

The discussion will be moderated by self-proclaimed AfroGeek who is dedicated to the study of race and popular media, TreaAndrea Russworm. TreaAndrea M. Russworm is the author of Blackness is Burning: Civil Rights, Popular Culture, and the Problem of Recognition. She is a co-editor of the books From Madea to Media Mogul: Theorizing Tyler Perry and Gaming Representation: Race, Gender, and Sexuality in Video Games. She is also an Associate Professor of English at the University of Massachusetts, Amherst where she teaches classes on video games and other popular media. She has written about Black/Asian cultural hybridities in games and anime like Afro Samurai. The Last Dragon is one of her favorite movies.

The panel discussion takes place Friday November 6th at 6pm. For tickets click the link below.