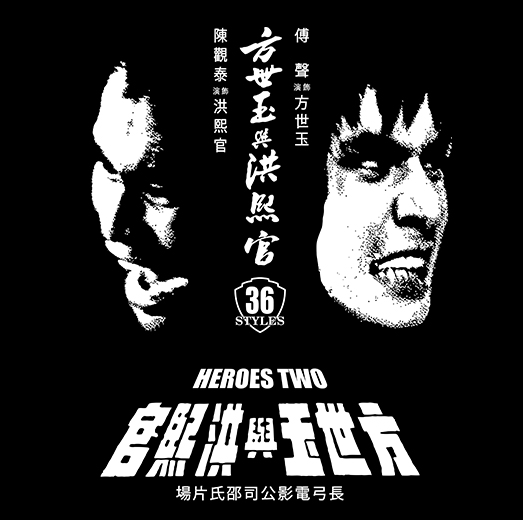 Kung Fu inspired brand 36 Styles known for their line of related t-shirts paying tribute to some of the greatest films and characters to grace the big screens in local grindhouse theaters during the 70s and early 80s returns with their latest highlighting Heroes Two. The 1974 Shaw Brothers classic features to leading Shaw actors Chen Kuan Tai and Fu Sheng and was directed by the legendary Chang Cheh begins the story with the burning of a Shaolin Temple as the duo combat the forces of oppression, fighting alongside the Chinese revolutionaries.

Since 36 Styles debuted their new design of this iconic masterpiece, we thought it would be a good time to go back and rewatch the original trailer, then film. This tee and others are available at http://www.shaolinchamber36.com so if you’re a fan of classic Kung Fu films, you’ll want to check them out.