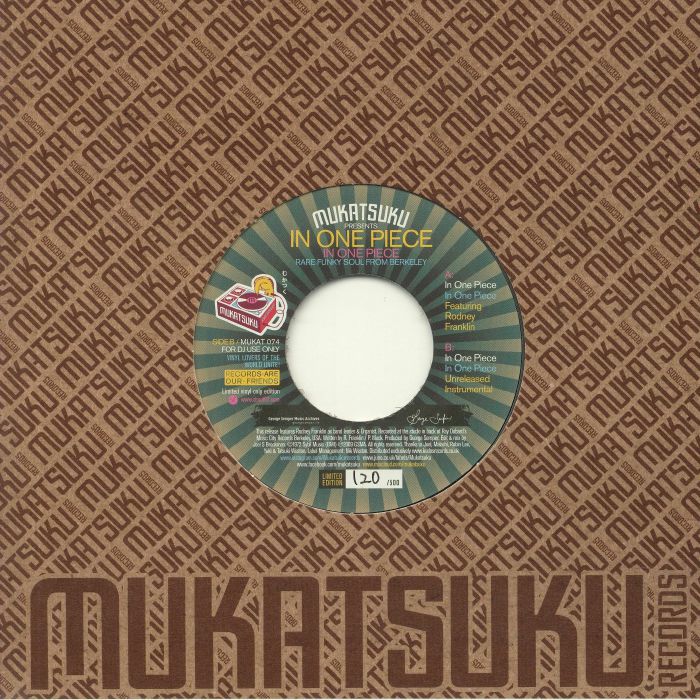 This year, a number of labels – most notably Dynamite Cuts – have been digging in to the seemingly bottomless archives of much-sampled American-Trinidadian artist and producer George Semper, a man many consider to be “the Godfather of Bay Area soul”. Here Mukatsuku gets in on the act by offering up a fresh pressing of Semper-produced funk band In One Piece’s rare, self-titled debut the first time ever on a 45. The vocal version on side A is superb, and features Cindy Jones singing attractively over a bustling, loose-limbed, B-Boy friendly rhythm track and sweaty Hammond B3 solos from jazz organist Rodney Franklin. The latter’s mazy, jazzy keys-work naturally comes to the fore on the flipside instrumental, which has never before been heard let alone released until now. A genuine must-have for funk fans and B-Boys searching for drum breaks alike.