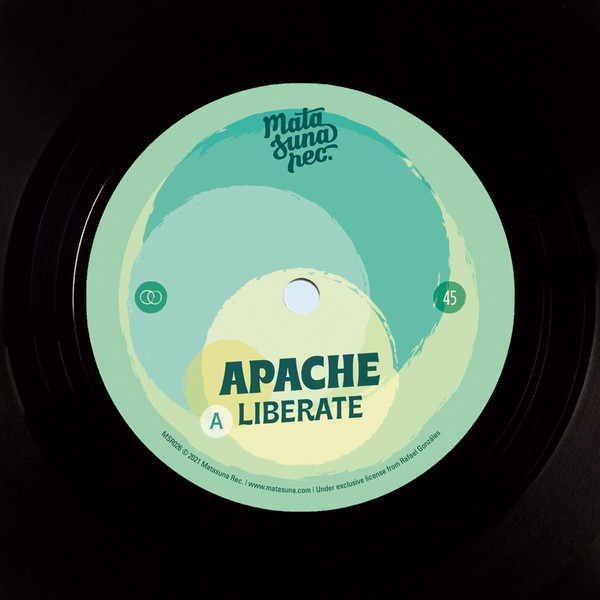 Whenever we say dig deeper, that doesn’t necessarily mean finding the rarest cuts but also means finding whats typically under the radar from most regardless of rarity which is the case with the upcoming reissue from Matasuna Records by the Mexican band, Apache. Originally pressed on a 7″ EP in 1976 and released in Mexico, Matasuna Records pulled two choice cuts of Latin funk / soul to give us the perfect 45 with “Liberate” b/w “Hombre” (Voodoocuts Rework).

Liberate is a song composed by Rafaél Gonzáles, who was also responsible for the production of the LP. The song is the only original composition on the album and differs stylistically from the other songs not only because of that: Liberate is a heavy Latin funk joint par excellence that leaves you wanting more!

On the flip side, you won’t be disappointed: Hombre is another great song composed and arranged by the band’s trumpet player, Ernesto Haros. Voodoocuts Rework strips down the original to its instrumental base to skillfully build a new arrangement, which is enriched by additional samples, a bunch of beats and breaks and various effects. Without a doubt another tropical dancefloor treat!

We love when labels go a bit left and not just reissue what’s already known or been reissued or reworked countless times, there’s so much out there still unknown to a lot of collectors that needs to be reintroduced.

The single drops on March 12th via https://matasunarecords.bandcamp.com so you’ll have to wait until then to hear the sound clip or seek out the original EP yourself. Either way, it’s worth the way.