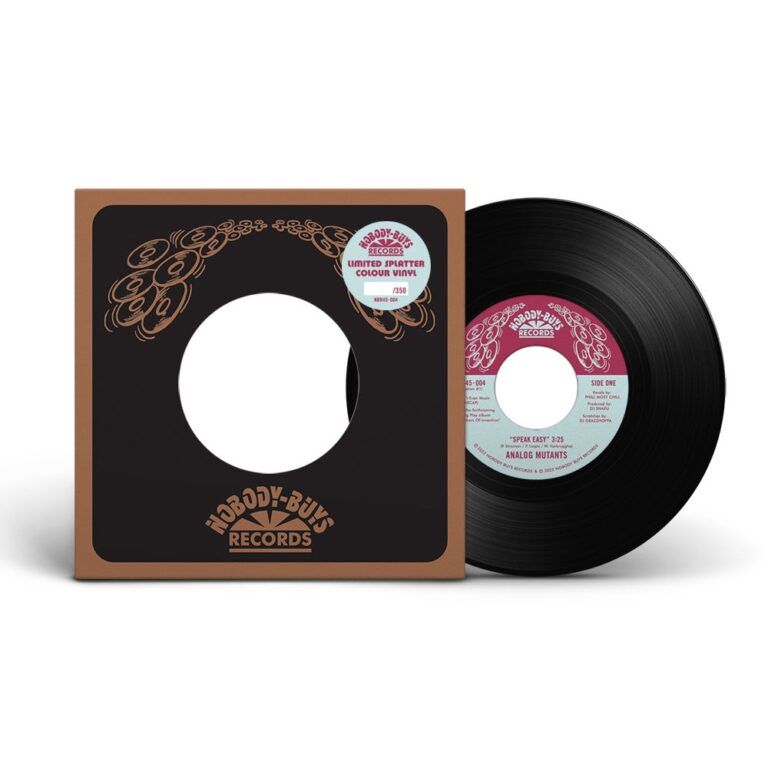 The label is known as Nobody-Buys Records but maybe that’s a Jedi mind trick to empty out your bank account and fund every pressing that they’ve done to date and to hook you like the latest designer musical drug. Or maybe that name is an honest look at the majority of the people in the world that choose to stream over buying physical product. Regardless of the meaning, Nobody-Buys Records is a testament to the artists that it works with that buying records is essential in every way. Life revolves around art and culture and seeing that black slab of vinyl on the turntables spinning round and round still sends joy through bodies via the eyes and ears.

With that being over stated, there’s a new super crew in town with their debut single off of their forthcoming album which is exactly what you need in your life to the day started. Consisting of the trio of Phill Most Chill on the vocals, DJ Snafu of Bankrupt Europeans fame on production and the inimitable DJ Grazzhoppa on the cuts and collectively known as Analog Mutants, they’ve got a new lead single “Speak Easy” b/w “I’m On Vacation” (808 Remix) smashing through the speakers with super power effects to crush any universe.

“Speak Easy is a jazzy, smooth party starter that sees Phill Most with his typically cutting punchlines flipping between single and double speed rhymes effortlessly, stepping all over MC conventions. The beat sees Snafu chop and mutate samples from a multitude of different songs to create a groove that’s an immediate neck snapper, and Grazzhoppa completes the track scratching up various sounds from the 50s throughout the verses and chorus!”

“I’m On Vacation (808 Remix), exclusive to this 45 and not on the forthcoming 2LP sees Phill Most Chill on his story-telling mode with a wild tale about fighting wife beaters, getting accosted by porno stars while casually enjoying his margaritas unbothered! This remix sees Snafu strip off the Latin samples and go for a moodier 808 driven fast beat, complimented by live bass harmonics and some live hammond also sprinkled in! Grazzhoppa goes totally crazy on this completely blending his scratches into the beat, making the distinction between beat and scratches quite fuzzy at times! This is definitely one for DJs and big sound systems, b-boys and anyone who needs a dose of adrenaline!”