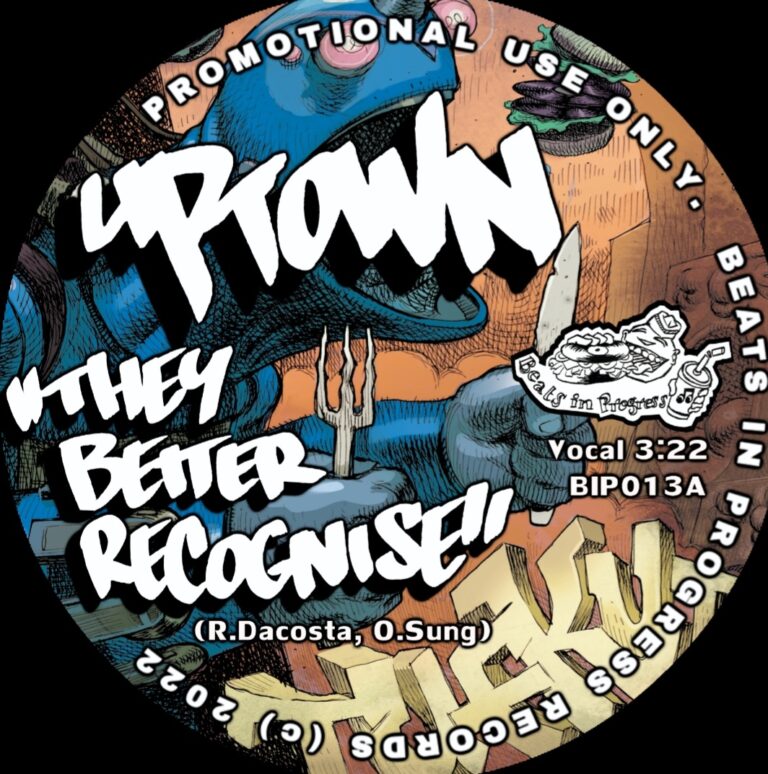 Thursday morning workout to get us through to the weekend with a pair of Hip Hop headbangers flying in from across the pond and touching down in the city that never sleeps always makes for a good day in our book. Making it’s official debut and getting spins worldwide in early September but we’ve got the early bird scoop for you on the new 45 from Beats In Progress featuring Tuf Kut on production and cuts.

The upcoming 45 features two golden era greats properly holding down their own sides of the coin in true school fashion is what makes this something special and who better for the outing than Uptown and Percee P!? Uptown, whose classic “Dope on Plastic” and seminal releases with Buckshot LeFonque stamps his lyrical mark with the same tone and prowess as ever. Blessing Dope verses here for you.

It’s impossible to go wrong on what is essentially a double A-sider where the needle could be dropped at any given point in time and still give maximum satisfaction!