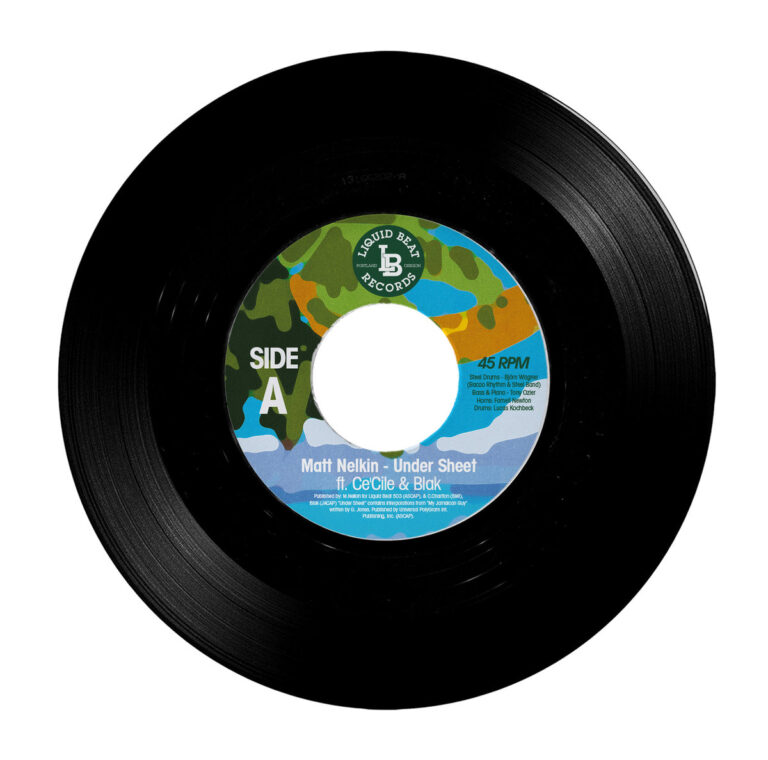 There’s something about being a DJ or collector and getting the scoop on a release early and being able to introduce it or as we say in the DJ world, make or break a record and be the first introduce it publicly which was the case with the upcoming 7″ by Matt Nelkin dropping on Liquid Beat Records. Late last year I had the pleasure of curating the Liquid Beat Records 10 Year Anniversary Mixtape which not only included releases from their catalog but also an exclusive that would be released in the then near future. Finally making its 45 debut is “Under Sheet” by Matt Nelkin ft. Ce’Cile & Blak which does a nice job of flipping something familiar and making it brand new.

An all-star cast of musicians, including Björn Wagner of Bacao Rhythm & Steel Band, Tony Ozier, Farnell Newton and more helped Matt recreate and interpolate Grace Jones’ “My Jamaican Guy”’s classic melodies with new rhythms to create a track that is simultaneously instantly recognizable, but with a brand new groove. Ce’Cile and Blak deliver amazing performances that show how incredibly gifted they are as writers and vocalists. Their catchy lyrics, melodies and harmonies touch on love and desire in a way that complements and enhances the music perfectly and will have people singing along to the chorus.