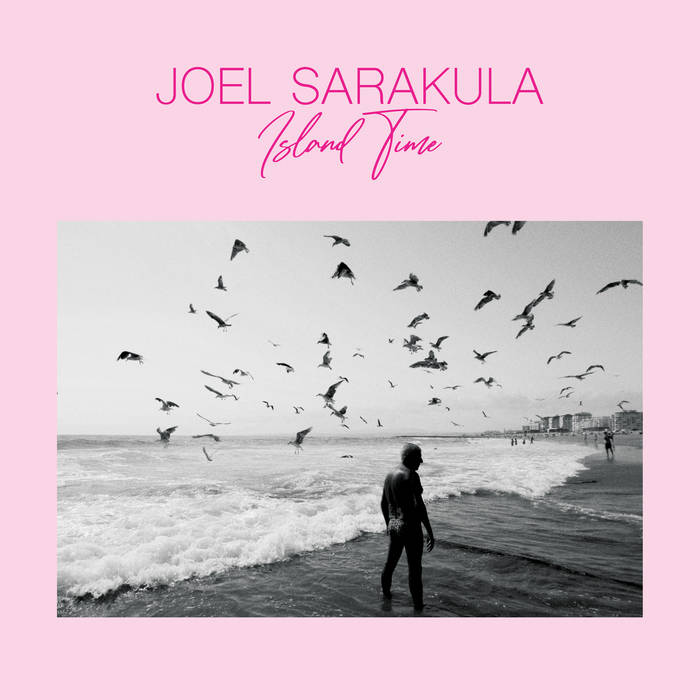 “Island Time” is the latest album from Joel Sarakula and his first since relocating to The Canary Islands at the height of the pandemic. From his home in the UK he accepted an invitation to perform a special concert at the Alfredo Kraus Auditorium in Las Palmas, Gran Canaria in November 2020 not realising it would change his life. “Island Time” is a collection of songs covering themes such as island life, city life, loneliness and romantic love and our relationship with nature.

Stylistically covering soft-rock, soul, disco and reggae, “Island Time” and its first single “Tragic” is broad in scope but ultimately a cohesive record, with the production focusing on a small group of musicians featuring Phil Martin (Dawn Patrol, Martin & Garp) on drums and Xav Clarke on guitar and bass. Building on his previous records ”Love Club” and “Companionship”, Sarakula expands his palette with a broader use of synthesizers and drum machines and makes stylistically adventurous choices such as the AOR samba of “Dinosaur” and the 70s-cod reggae inspired title track “Island Time”, a tribute to escape and re-invention. Sarakula sings “Don’t bother me I’m on island time, don’t bother my mind once again.” For any overworked and over-connected city-dweller, this plea for isolation in a tropical island is a beautiful fantasy.