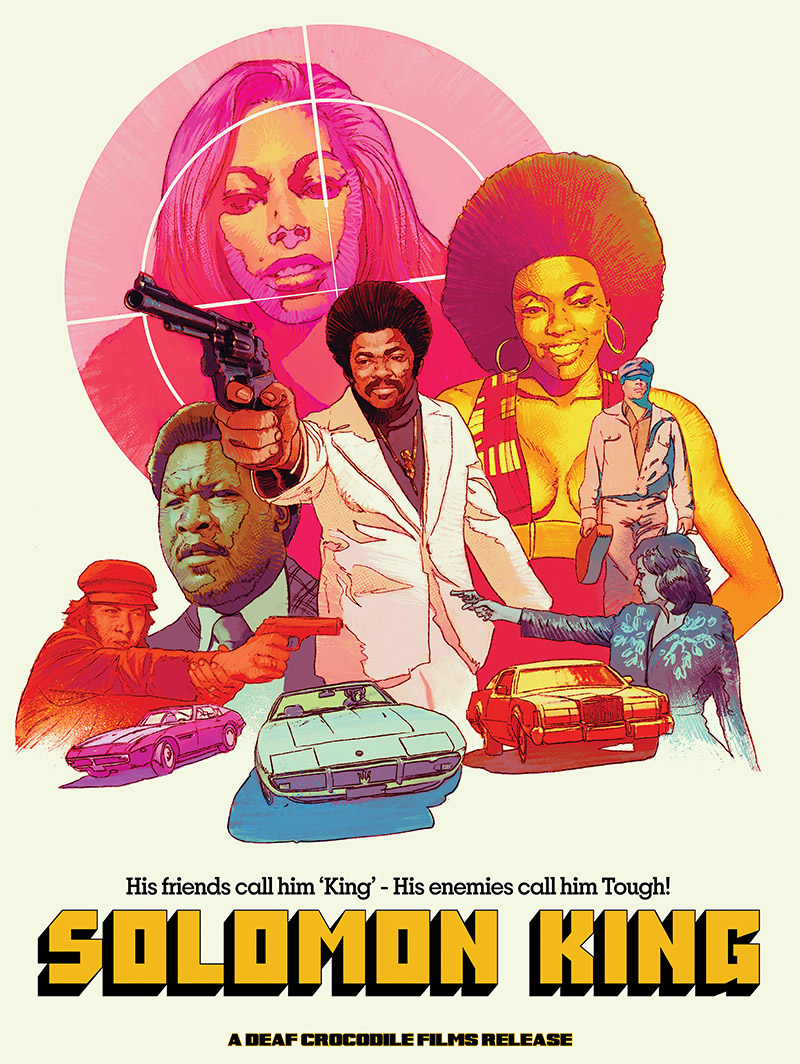 The once “lost” and now newly rediscovered / restored Blaxploitation film, Solomon King which has been making it’s way to select theaters will be getting a special midnight screening in Philadelphia at the Landmark Ritz 5 theater. In addition to this must see film getting a Philadelphia area screening, I have the pleasure and honor of introducing the film before the lights go down and movie begins which is exciting for me as a lover of the genre and collector of memorabilia.

Over the years I’ve curated and introduced several different screenings including a double feature in Köln Germany which screened Master of The Flying Guillotine with Black Caesar and in Amsterdam which featured 5 Fingers of Death and Kid With The Golden arm.