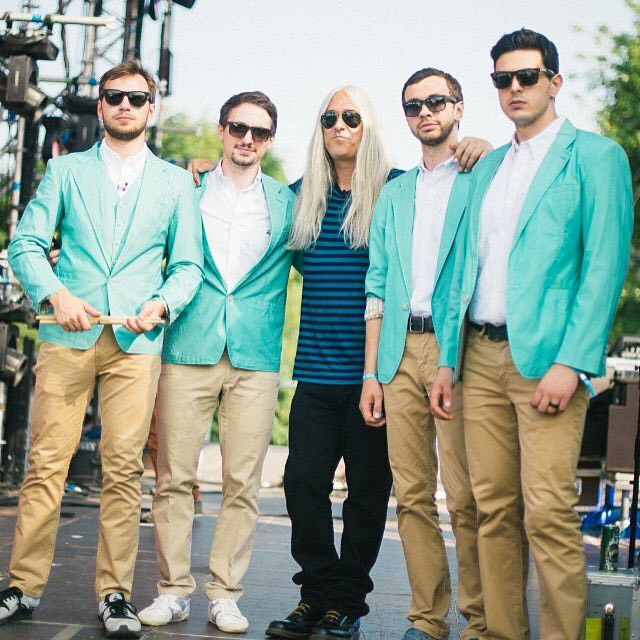 I’ve had the pleasure of traveling to Russia a handful of times to play Funk & Soul and each time, I always walk away knowing that their is a genuine love and appreciation for the sound.  One of bands from Russia that I’ve built a relationship with over the years is The Soul Surfers, who are sort of gatekeepers of the funk, soul and rock genres and a solid catalog of releases under their belts.  The Soul Surfers recently connected with musician, producer, composer and an aficionado of Library sounds, Shawn Lee to collaborate on a film that connects cultures through music.

Let It Be Soul! is a documentary sponsored by Levis that tells the story of a new hit being born from blood, sweat and tears and proves that music erases all the existing barriers between countries, cultures and distances. Nizhniy Novgorod, London, Moscow, Los Angeles are all cities that are united in the story of a song. From the first random musical notes to the last vinyl tracks. Let it Soul! reveals the true story of one ambitious idea turning into musical hit.

I’ve always said the strongest connector of people across the globe is music and food, and this shows exactly how music for the soul is universal and is the glue that brings everyone together to enjoy and share without prejudice.

Check out the feature trailer for the upcoming film.

Let It Soul! trailer from UNITY on Vimeo.