Rare Wares – In Vintage We Trust 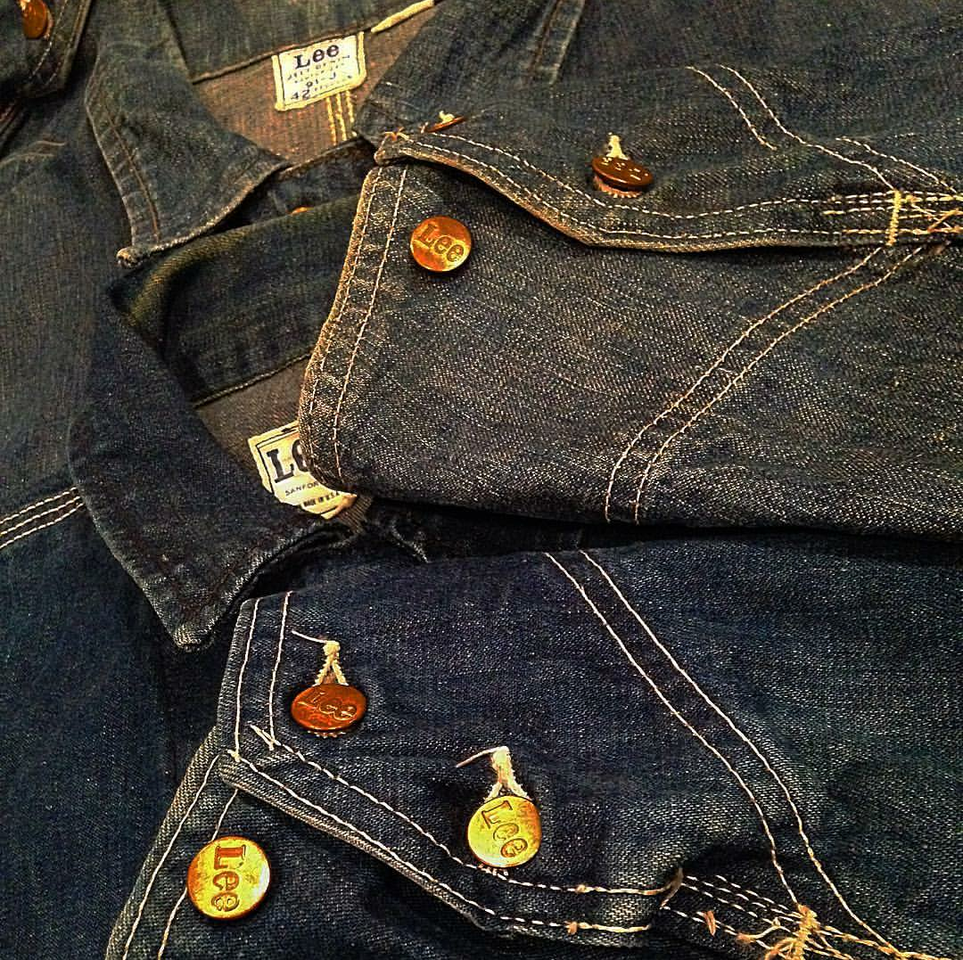 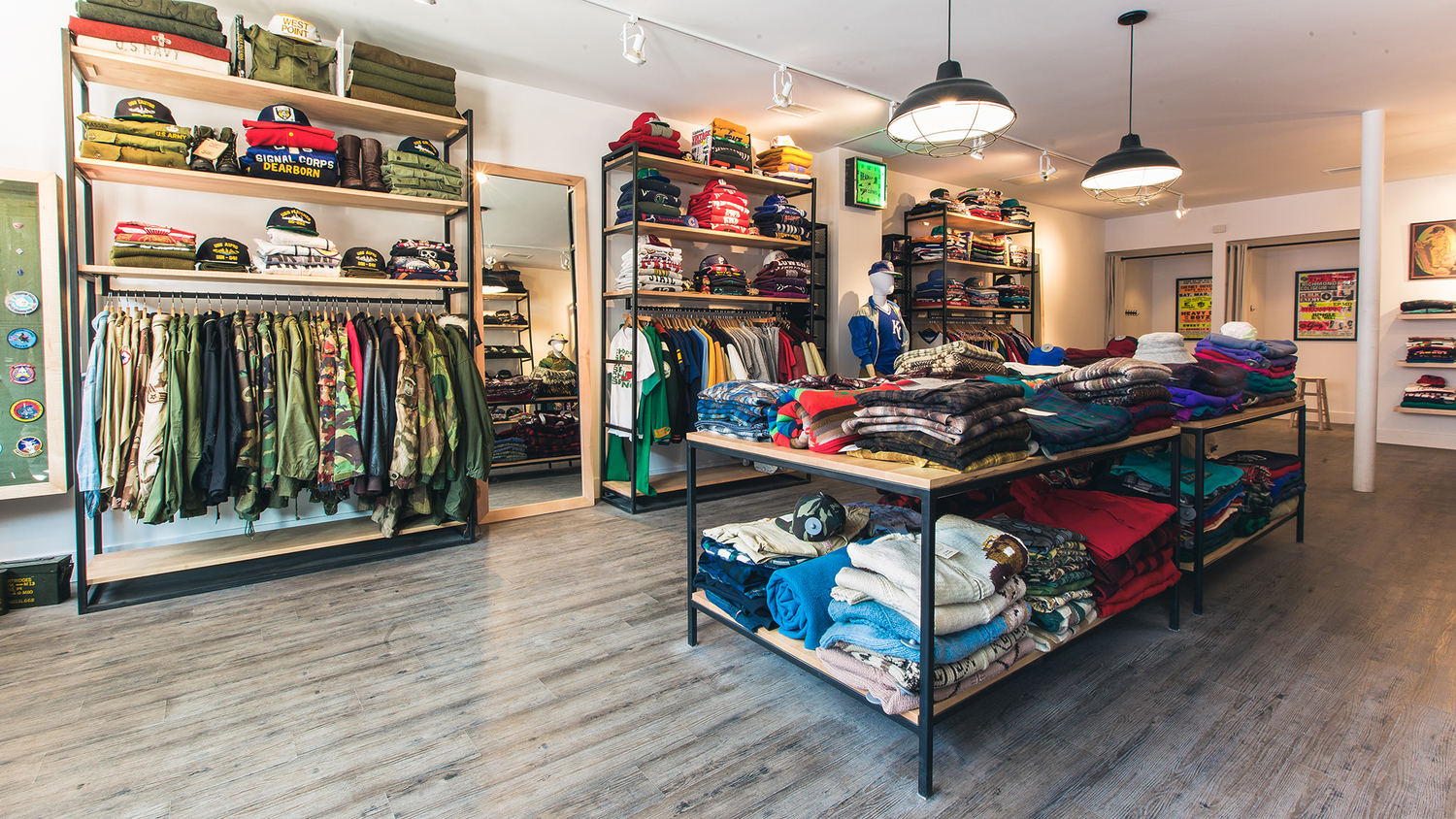 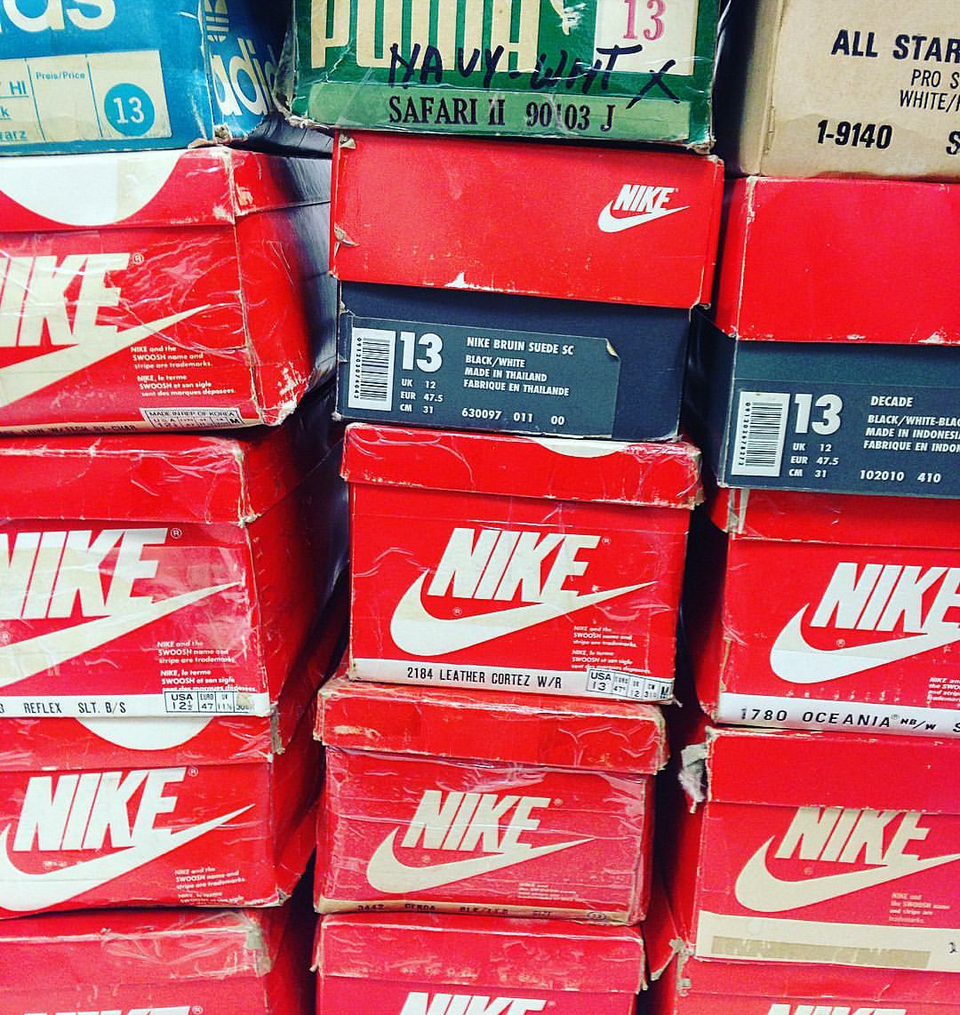 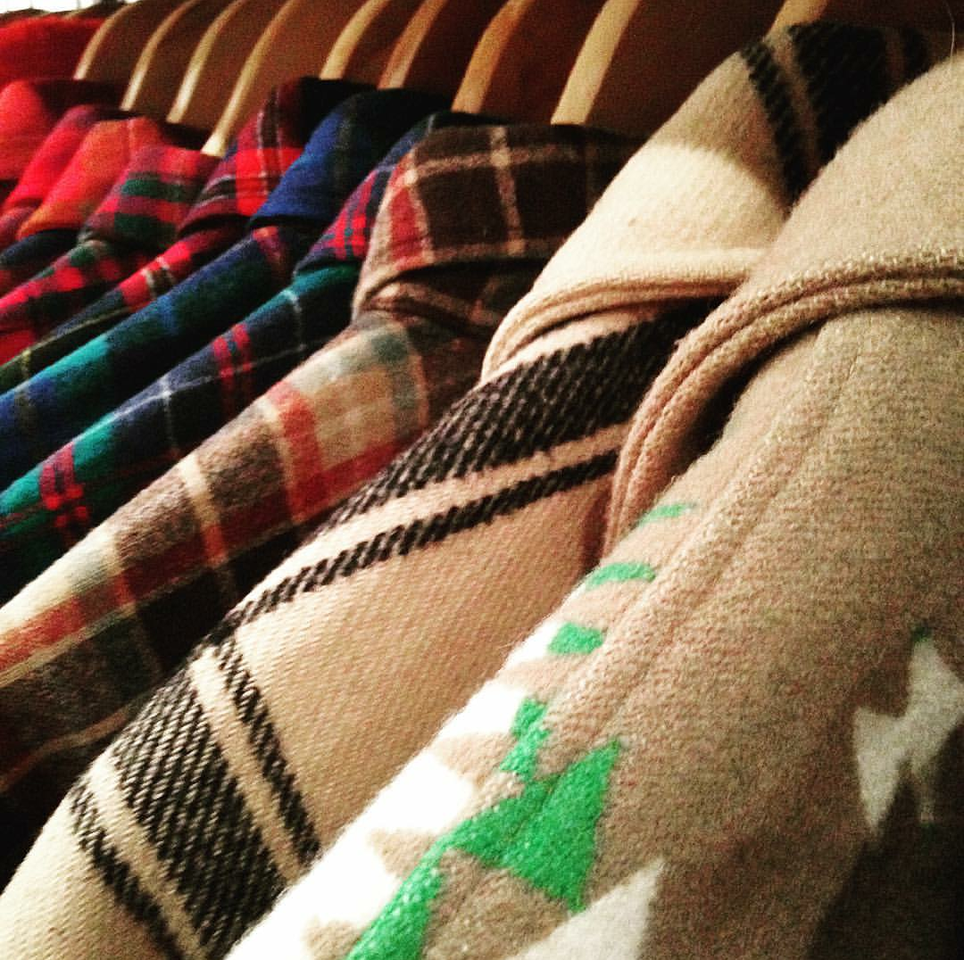 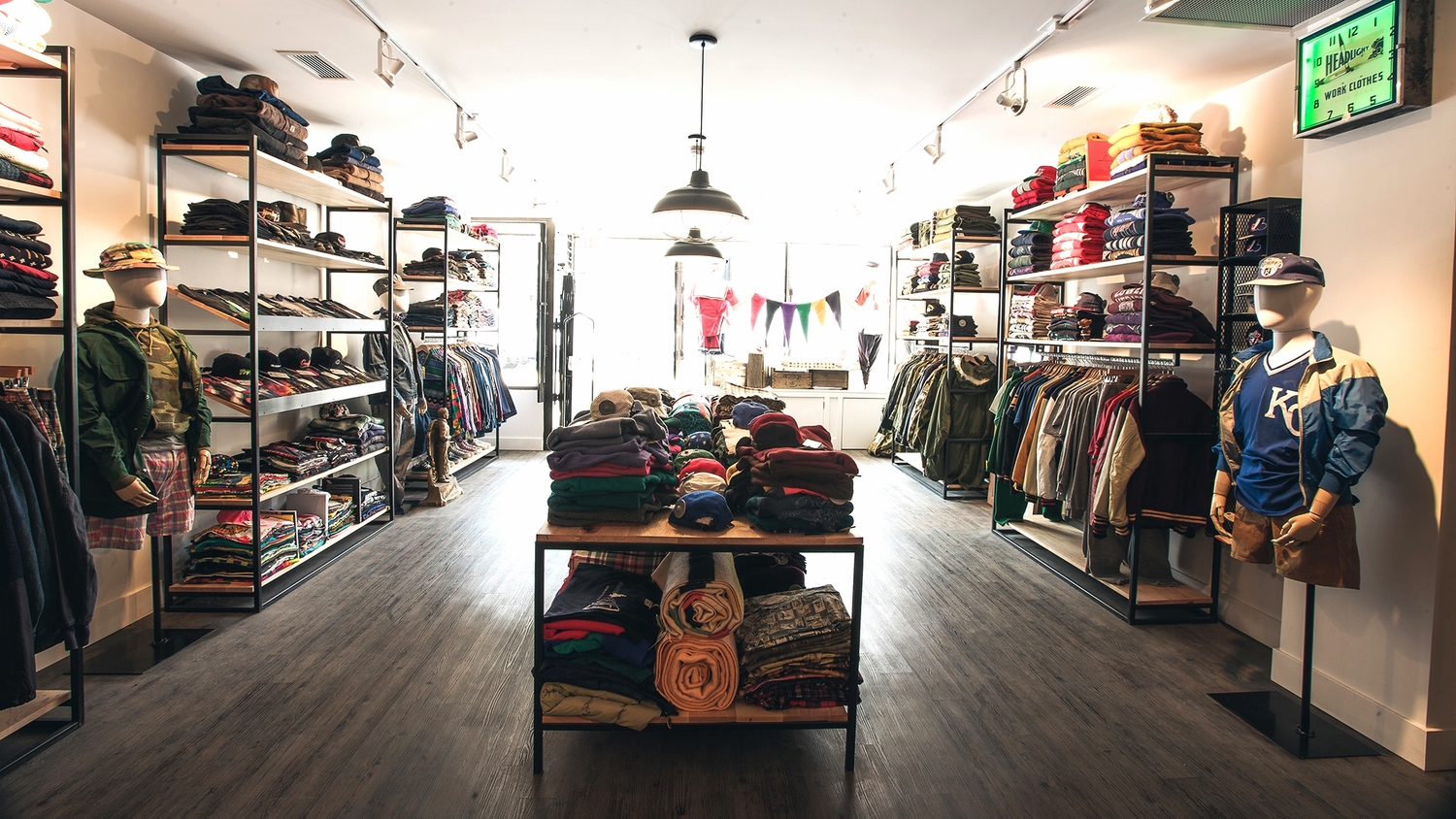 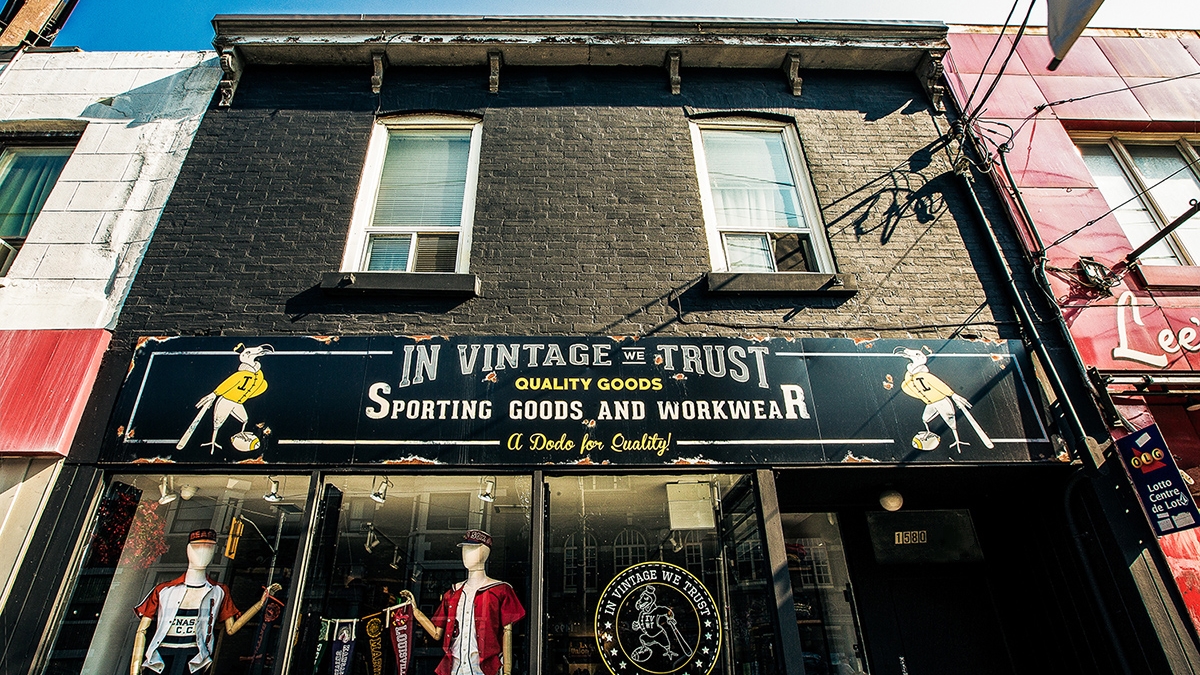 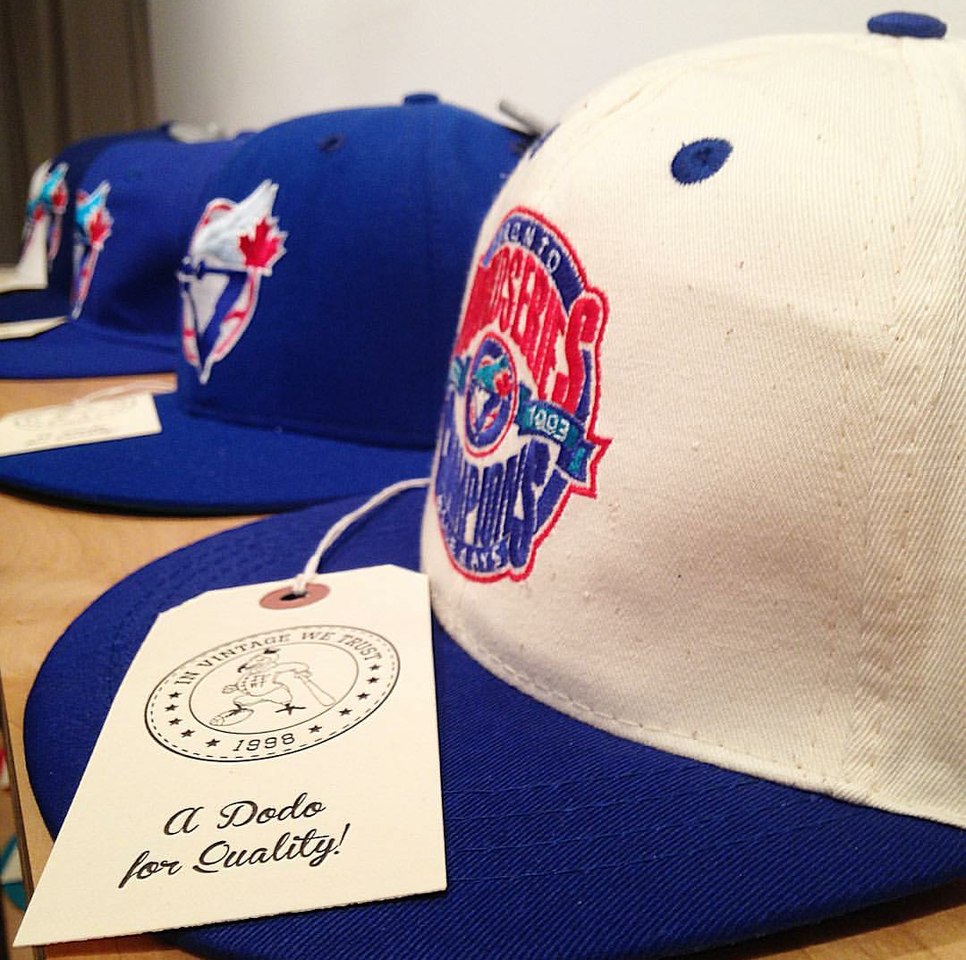 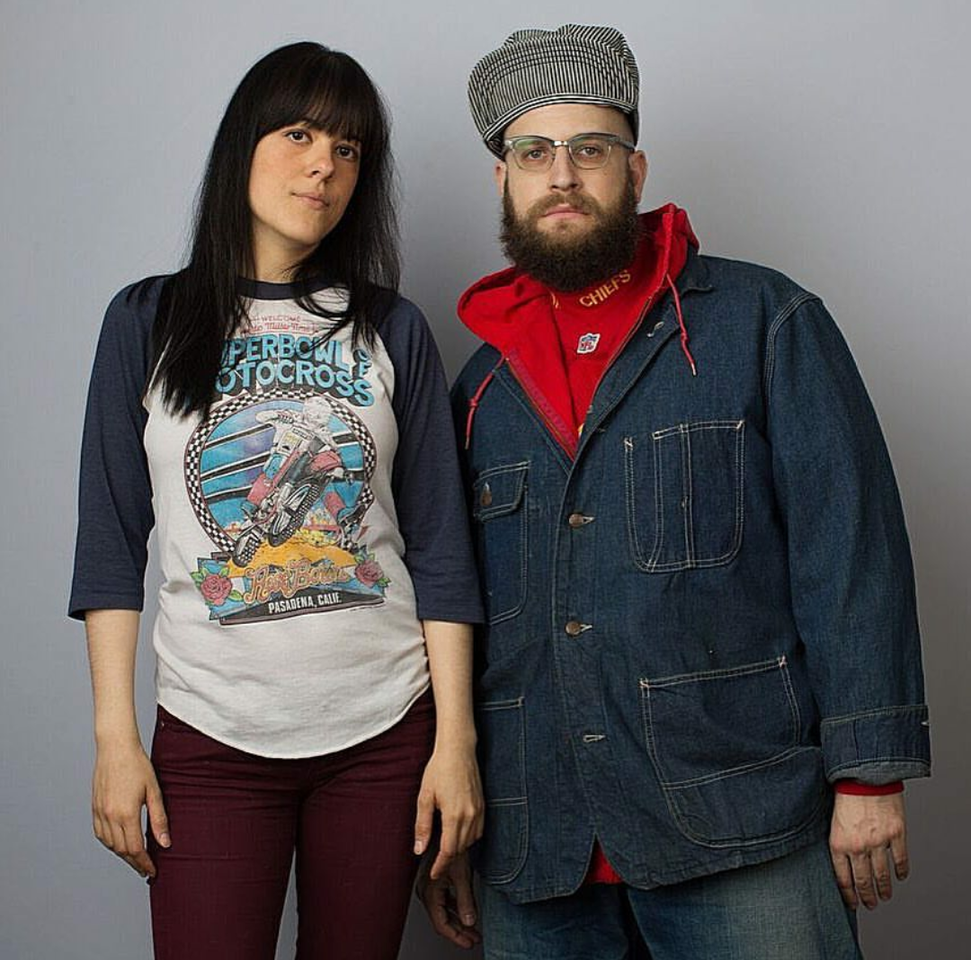 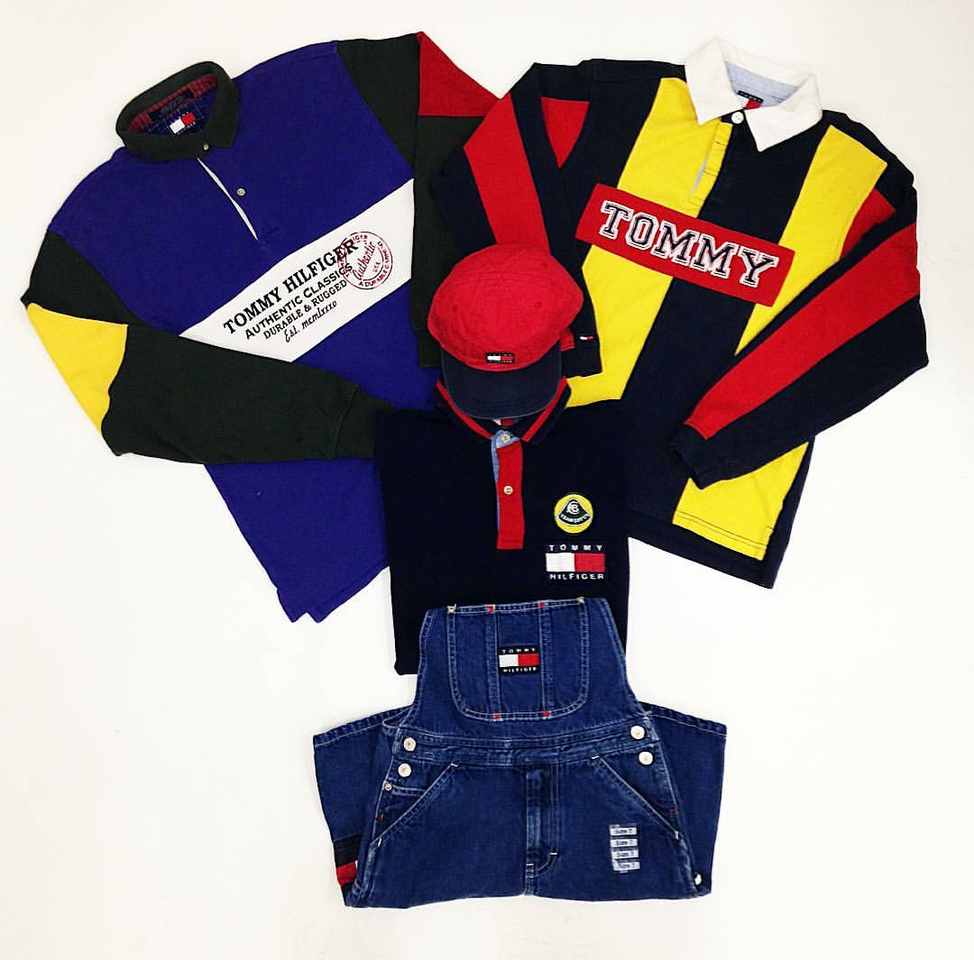 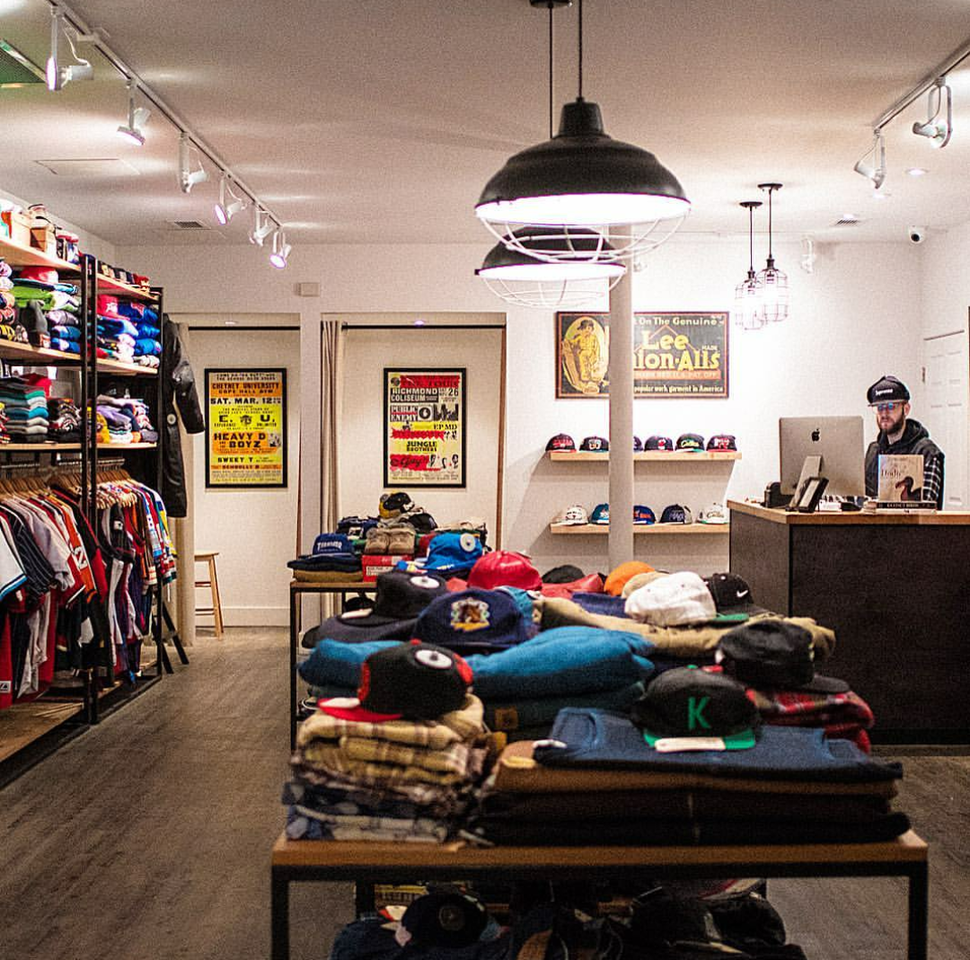 As a collector myself, especially of things that create a sense of nostalgia from previous era’s, I always look forward to meeting others that are passionate about the things that they collect and finding out just how deep that passion goes. For some, collecting is a hobby to pass the time away while for others that hobby and special interest turns into something more serious, like a business that extends way pass the 9 to 5 business hours  which can cause you to loose sleep in search of the next big piece.  We all collect different items but two things are for sure, the thrill of the hunt is for the borderline insane and we’ll do just about anything to get what we’re looking for.

Last year while in Toronto for a weekend DJing and digging at the Discogs x Cratery “Live Convention” record fair, I met a dealer who had a booth set up called “In Vintage We Trust” selling heat of a different kind.  Instead of rare vinyl, he had rare wares and vintage gear ranging from hip hop branded t-shirts from some of the best groups like Wu Tang Clan, A Tribe Called Quest, Nas and others to Dapper Dan jackets, vintage sports wear and game worn jerseys. Curious to know more about the man behind the the stacks of eye candy who was decked out in Supreme, Jordan’s, vintage denim and fly eyewear, I introduced myself and after an hour conversation, I knew those not in Toronto needed to know about his company and what separates it from other vintage stores across the globe.  After coordinating schedules, I finally had a chance to sit down with the duo to find out some of the inner workings of the day to day business, what they’re on the hunt and why you should be shopping with them on your next purchase.

An Interview with In Vintage We Trust

NK: For the record, state your name and occupation.

NK: How long have you been into collecting and what got you interested in vintage pieces especially?

IVWT: I have been selling and collecting vintage since 1998. As a kid I would carry around a consumers distributing catalogue with me, so copping was a real problem early on. The obsession probably started with wanting to track down the garments worn in rap videos. The pieces that hooked me were the Hobie jackets worn by EPMD in ‘You Gots To Chill” and AG’s Pelle Pelle leather sweater worn in, “Soul Clap”. Chantal and I both come from a fashion background and met working retail over a decade ago. After trying different gigs in the fashion industry we decided to join forces and start In Vintage We Trust in 2010.

NK: Were you gathering pieces for collectors sake or did you understand the value early on and knew you wanted to be a dealer?

IVWT: Early on, I collected for personal use and really only flipped pieces to help pay my bills. When it became our full-time gig, the goal was to sell everything we picked. It’s not always easy because you unearth a lot of items you’ll never see again, but everything has a price at the end of the day.

NK: Your selection varies from rare Hip Hop tees and vintage champion sweats to sports wear and everything in between. Were all of these genres a part of your original focus to carry and what draws you to pieces to carry in the shop?

IVWT: We have always been in the business of selling collectible vintage commodities, whatever they may be. When we opened the shop, we figured we’d display a curated selection of everything we collected and see what the customers would gravitate towards.

NK: What was the fashion scene like in the early Hip Hop era’s in Toronto and are you finding most of the gear locally in Canada?

IVWT: When I was coming up, hip hop was still pretty fringe. I remember having to travel to little Jamaica to cop anything real in like ’97 and ’98. By 2000 ‘urban’ had popped and large scale retailers like Athletes World had already bridged the gap between suburban Canada and rap music.

NK: Carrying a diverse inventory of wares that most likely attracts different demographics, how would you describe the core customers that keep you in business?

IVWT: Although our customer base varies, they’re all very passionate about gear. We have a pretty good rapore with them and conversations can get lengthy at times. Our store is pretty chill, so when shoppers come by they stay a while. There’s always a lot to see and talk about in the shop.

NK: If someone is looking for something in particular, do you take requests and search for items for fill an order?

IVWT: We certainly do. Depending on its scarcity, we try and deliver to the best of our ability.

NK: Just like trends in any other industries, the focus of interests tend to change where something is hot this season and not as much the next. What are some of the things that you’ve seen go from hot to cold and what are some of the guaranteed to always sell items?

IVWT: Great question. Vintage is constantly changing and a lot of the must-have items depend on what’s going on currently in fashion. 5 years ago there was a huge heritage craze and workwear was all the rage. You couldn’t sell enough chambray shirts. That trend has fizzled and we’re well into the 1990’s and early 2000’s sportswear fashions. Right now, Champion is the brand to beat. Tommy is a close second.

NK: It’s hard to predict trends and what’s going to be in season, have you ever stocked up on something that wound up not selling?

IVWT: Of course. We constantly try to push the boundaries and bring in goods that are sometimes too early for our customers or the trend cycle to check out. Our job is to time it perfectly, but that’s one of the hardest things to do on a consistent basis.

NK: Being that you’ve been collecting for quite some time and have without a doubt scored some gems, what would you consider some of the most rare pieces in your collection?

IVWT: In terms of the most expensive, some of our sports pieces would take the cake like our 1963 game worn Mickey Mantle jacket. Our best workwear piece was a dated 1918 Carhartt change button denim chore jacket. In the world of military it would be our 1944 reversible German M-44 dot snow parka that was worn in the Battle of the Bulge. Our best rap piece was K-Cut’s Main Source leather varsity jacket that was worn in the “Just Hanging Out” video. Of course, all of these items have been sold.

NK: As a collector and sometimes a seller, I often times come to odds with myself when there’s something that I know I should sell but want to keep for myself. It’s the gift and the curse that I many collectors seem to go through. Do you have a “not for sale” stash or does everything have a price?

IVWT: Dude, that’s what makes IVWT real wit’it. We sell all of it. It can be a slippery slope when you start pulling from your inventory for your own wardrobe. So we separate the two… to the best of our ability.

NK: There was a quote on your Instagram page stating “We’re cool with being Toronto’s most slept on” and I feel the same way as a DJ being slept on but on the other hand, it just means I’m doing some dope shit that others can’t comprehend. If you could change it, would you rather be the underdog or the most talked about?

IVWT: We chose this career because we love it. It really is a grind at times and we put in a lot of hours for it all to appear so seamless to our customers. We constantly get people asking why we’re not bigger and on smash, but that’s kind of what makes it special. We specifically had the shop located deep in the heart of Parkdale to make it a destination location that only shoppers really about this life would go to.

NK: What’s next for the shop and where do you see the business in the next 5 years?

IVWT: We’re busy making sure our shop stays stocked with great product. We’re always on the hunt for the next great come up. We’re gonna keep on building the starship and hopefully expand the shop’s selection in the next little while. We have some tricks up our sleeves, so you’ll have to wait and see…

NK: Thanks for taking the time out to chop it up, any last words of plugs you want to make?

IVWT: It’s important to remember that everyone starts from small and humble beginnings. Kids sometimes think everything happens overnight, but it’s not the case. I’ve been chasing this dream for almost 20 years! We are constantly on the grind, working 7 days a week. Like Jigga said, “We do this for the culture”…