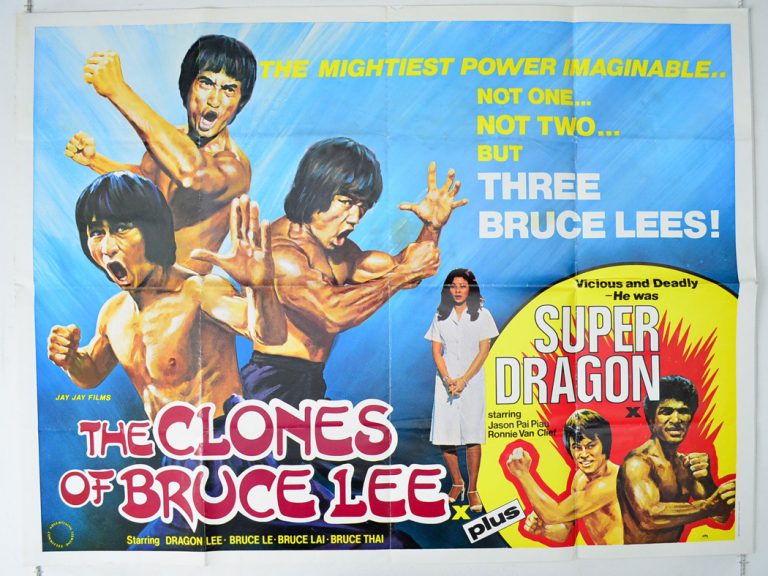 The Exploitation of Bruce Lee

“I’m gonna burn it down before I die, a little Lee Perry action. Ain’t nobody exploiting my s**t,” said Madlib. “If I was dying in hospital I’d tell my son to go and burn it. Don’t think I’m going to get exploited like they’re doing to Dilla. I’m learning from how he’s being treated from some people.” – interview excerpt from Dazed in 2014

Whenever theres a passing of a legendary icon who influenced and inspired people around the globe, you can almost guarantee that his name and image will be exploited someway or some how for years to come by their estate holders. Take a look at some of the music artists and producers that have passed away yet, music (that they didn’t authorize) to be released, continues to be produced 20 years later, even famous artists such as Andy Warhol and Jean-Michel Basquiat have all found their imagery on everything from trendy seasonal clothing brand to soft drink cans.

One of the most exploited figures in pop culture history though, still remains to be Bruce Lee.  Over the years his likeness has been connected to commercials to sell Johnnie Walker whiskey, BMW’s and Nokia cell phones.  His close friends, fellow instructors and students of Bruce Lee along with certain family member have been at odds with the Bruce Lee Estate (controlled by his daughter who was 4 years when Bruce Lee passed away) has made some questionable licensing deals in Lee’s name which have many fans and friends extremely upset.  The latest action to rub fans the wrong way is the upcoming Birth of The Dragon film that hits theaters in August seems less like a Bruce Lee film and more like a Brucesploitation film instead.

Now for those of you not familiar with the term Brucesploitation, let’s break it down for you. The Brucesploitation phenomenon began after Bruce Lee’s feather in 1973 and film companies scrambled to find other actors to replace or capitalize on the popularity of Lee by finding look-a-like actors to play similar roles.  Actors like Bruce Li, Bruce Le, Bruce Leong and others starred in a slew of films in the 70’s and early 80s which didn’t necessarily hurt the Lee brand but in some ways helped to get his name going.  So instead of giving the new Hollywood film the thumbs up, we’ve decided to hip you to some of Brucesploitation films that have actually gained a cult following over the years instead.

Ultimately there are dozens of films that were made during the 70’s and early 80s that you should add to your viewing agenda before throwing money away at a big budget Hollywood film thats obviously attempting and doing a great job at ruining the Bruce Lee legacy.